At Colonial Downs, the future is in flames 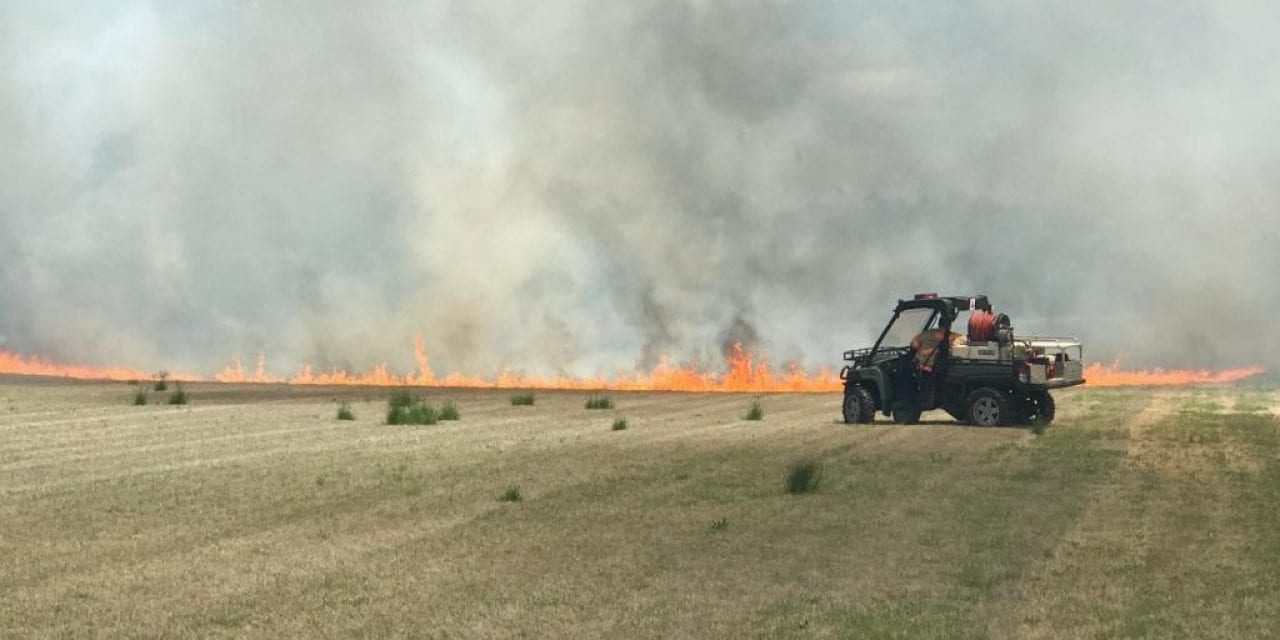 The fire at San Luis Rey training center was the NTRA Moment of the Year for 2017. The fire Tuesday at Colonial Downs may not merit that much notice. But it is a pretty important step towards restarting racing in Virginia.

While Virginia interests are seeking their next hole to run through in the 2019 racing schedule, track caretaker J.D. Thomas has opened ground to get Colonial Downs’s most valuable asset – its turf course — in shape.

He started with a match.

The controlled burn of the dormant Bermuda was witnessed and wetted by the New Kent County Fire Department in a manner similar to that used to fight brush fires. The white leaf of the warm-season grass burns well, leaving the track blackened and the nutrients within the profile of the soil. It also burned the invasive fescue that worked its way from the infield pond area via – really — goose dumpings.

Beginning along the northeastern side near the quarter pole, the flames surged down the stretch aided by a 5-10 mph wind. Once past the stretch and into the clubhouse turn, the fire line that stretched the width of Colonial’s turf course stagnated as it started to work back into the breeze.

The finger of flame stretched towards Colonial’s outer finish line pole at one phase but was quickly extinguished by a team of New Kent Fire and Colonial crew overseeing the burn. Otherwise, the inferno was kept in between the path of the inner and outside rail.

In prior years the turf course could be burned going both clockwise and counter-clockwise, but conditions this year dictated that burn follow one path. While tending to the blaze that was a few hops past the finish line, crews raced back to the ignition point that had reignited and started to burn backwards. It was again quickly stymied and stayed put until the fire line completed the lap a few hours later.

Walking the course isn’t much different than in the summer of 2013 when Colonial Downs last offered pari-mutuel horse racing, each step providing a subtle amount of bounce. The consistency of the course remained the same following the burn all the way around.

Over the five years that Colonial has been shuttered, the turf course has remained productive, generating hay. The impact of small details doesn’t escape Thomas.

“The third hay cut last year may have been a little too late so we’re a little behind this year. That won’t be a problem for 2019,” explained Thomas.

Thomas likes to put subtle amounts of crumb rubber in the turf course to stimulate early season growth with heat and accentuating sunlight, but don’t expect it this year.

The track grandstand itself didn’t appear to have taken on much wear from outside appearances,
although the shrubs and grassy areas need a haircut and some landscape care.

The fire that burned across Colonial’s turf course yesterday wasn’t just an investment being made in the track. It was also, perhaps, a smoke signal that racing’s return to Virginia won’t be so far behind.