For Virginia racing, Morven Park is back to the future 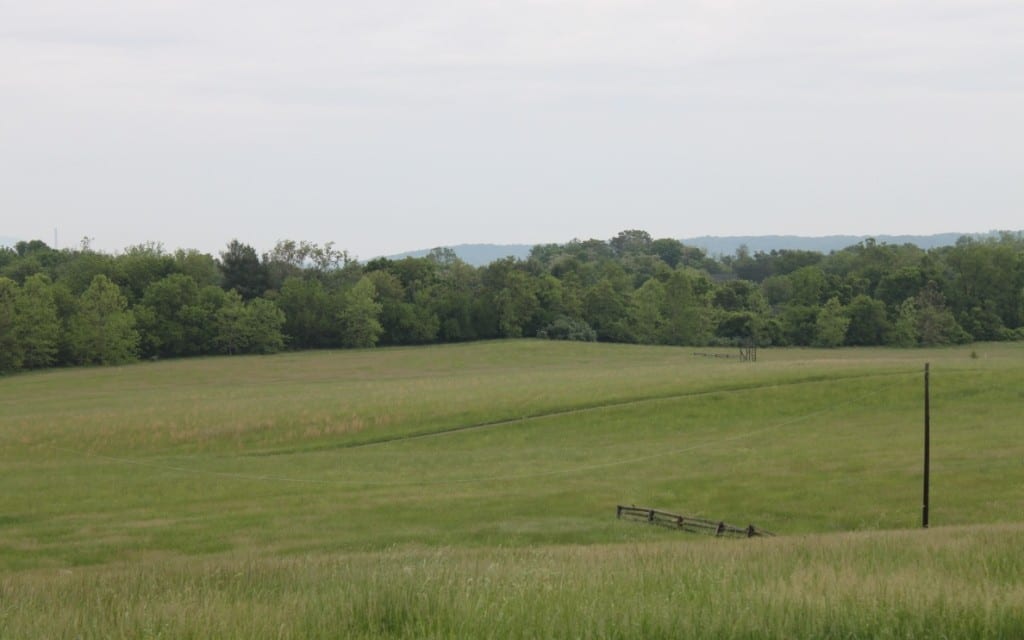 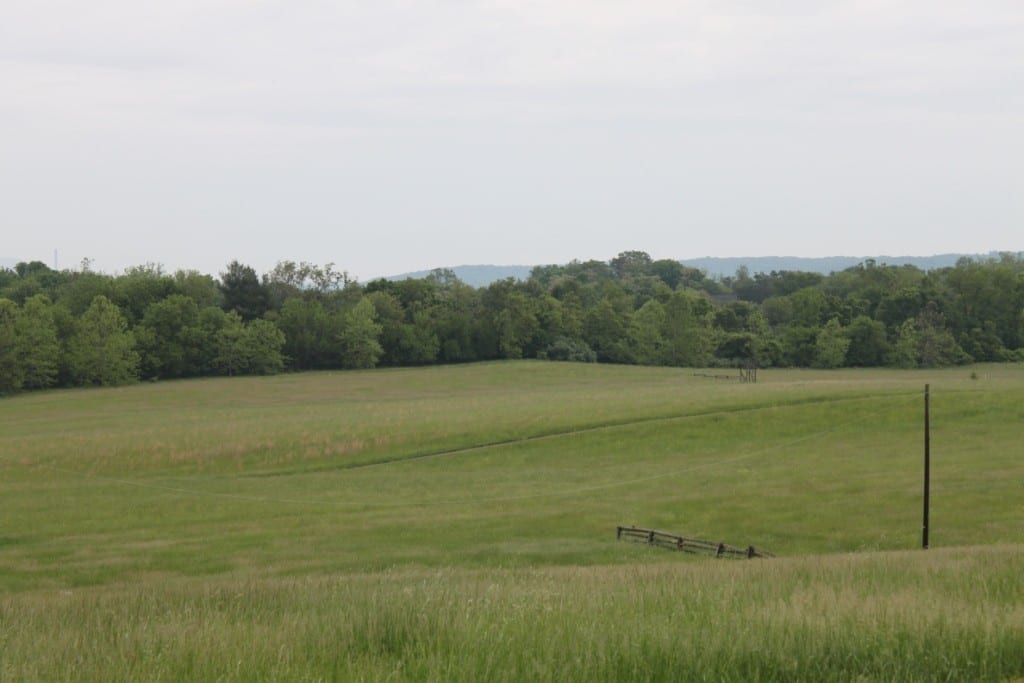 Virginia’s racing future may lie in its grass roots — figuratively and literally.

A contract between the Virginia Equestrian Alliance, representing the state’s racing and breeding interests, and Morven Park, a historic estate located adjacent to the town of Leesburg, appears to be nearing the signature phase. That will allow thoroughbred race days on the existing, gently-rolling course being restored after more a decade of generating hay.

But one of the bigger physical impediments to the deal may concern water.  Morven is located in the karst topography of a Limestone Overlay District; karst is a landscape formed from the dissolution of soluble rocks including limestone, dolomite and gypsum, and is characterized by sinkholes, caves, and underground drainage systems.

As a result, the County of Loudoun doesn’t allow irrigation wells in order to limit the number of “straws in the ground” to reduce an infiltration threat to various aquifers that lie below Morven’s scenic 1,000 acres.  An application to drill a well was turned down in the spring, according to Loudoun County officials.

“The lease is currently being reviewed by the Morven Park lawyers,” updated Jeb Hannum, Executive Director of the Virginia Equestrian Alliance.  “In the meantime, we have begun a basic turf maintenance program including mowing and fertilizing.  We are also looking at water access on site so we can adequately water the course this fall and going forward.  Other preliminary work includes designing the paddock and jockey’s area.  In the absence of a signed lease at this time, we are still moving forward where we can as much work will need to be done to get the course ready for racing in 2016.”

When Colonial Downs officials and Virginia horsemen began to break apart after the 2013 summer meet at Colonial Downs, Virginia horseman began seeking other venues to host racing, largely focusing on training ovals and steeplechase courses.  Taking a gander at Morven, it’s hard to believe this property could have been overlooked when the Virginia Racing Commission was initially considering applications for Virginia’s first modern racetrack two decades ago.  As it turns out, perhaps it was better they did.

The temptation to overbuild and pancake the site with a large grandstand on the parcel might have loomed too large then, when hopeful track operators submitted six separate applications to the Commission. The winner was Arnold Stansley, backed by eventual Colonial Downs owner Jeff Jacobs with an agreement in place with the experienced Maryland Jockey Club to manage racing matters.  Now with Colonial closed and live Virginia racing trimmed down to weekends at best for the foreseeable future, the size and scope of Morven is appropriate as it begins its trip towards a Commission review.

The timing appears to be right as well.  Morven was inside of 30 days away from initiating construction of its new equestrian plan which would have demolished its gentle rolling steeplechase course.  The VEA approached Morven to interrupt the pending construction, and the park’s leaders listened.  On July 13th, the Westmoreland Davis Memorial Foundation Board of Trustees that operates Morven approved the plan concept.

“We always wanted to fit racing into the plans,” said Suzanne Musgrave, Morven’s Director of Development and Communications.  “When we were approached by the VEA, it was a great opportunity to revisit our Equestrian Center Site Plan.” 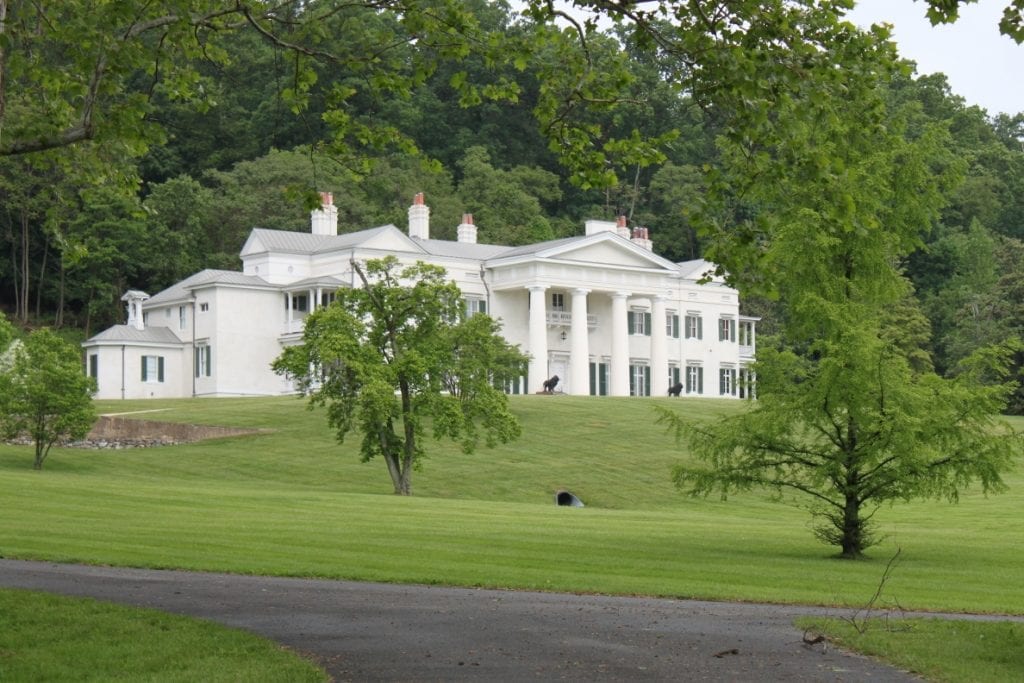 Under The Virginia Racing Act and subject to Commission approval, Morven can offer up to 14 days of racing.  At the moment eight days of racing are being suggested in 2016, which would likely be raised to 12 or 14 in 2017.  The exercise of creating Morven’s 2016 annual calendar hasn’t occurred yet, but it appears that racing dates would have to fit into that traditional equestrian schedule.

Racing wouldn’t be the main event at Morven.  It’s a large park whose current activities on the grounds attract 150,000 annually in equestrian and non-equestrian events alike.  It offers many amenities, crossover appeal and shade.

It has soccer fields and farmer’s markets, museums and mansions, gardens and trails.  Morven’s Virginia Hound Show is believed to be the largest of its kind in America.  On the far northeastern corner lies its gently rolling steeplechase course, which that offers a large hillside instead of a cavernous grandstand, for seating.

Much of horse infrastructure already on the grounds offers therapeutic riding, dressage, eventing, hunter/jumper events and trail and carriage rides.  Virginia Tech’s Marion duPont Scott Equine Medical Center is located on the grounds.  From 1968 to 1991, Morven operated a training school for horse trainers of all kinds, believed to be the only one in existence at that time.

In 1991, Morven became the first location of pari-mutuel wagering in Virginia after a statewide referendum was passed in 1998.  The event, held under dark and cold October skies, attracted 8,000 fans that paid $35,000 to watch racing and wagered $70,000.  But Morven Park hasn’t held a steeplechase event since 2011 because of “financial circumstances.”

It only takes a stroll over Morven to envision what a gem the site is.  Its proximity to Leesburg allows for walking and other non-vehicular transportation.   A new Silver Line Metro route that is inching its way towards Leesburg from Dulles Airport could provide out-of-towners an attractive train alternative to Northern Virginia traffic.

“This is where racing should be in Virginia,” commented Musgrave.  “We’d like to leave it with a country racing feel, like something you’d find in England where everyone comes out to the races in the afternoons.”

Morven is located in perhaps the most traditional area of racing in the state.

Virginia’s racing heartland lies in the northern part of the state, where well over half of the breeding farms are located.  This region produced Sea Hero, Pleasant Colony, Genuine Risk and recently Quality Road and Bodemeister.   It’s in the heart of horse country where entire equestrian villages have existed for centuries in the theme of not only of the horse, but of the thoroughbred.

The thoroughbred outfits in Laurel, Pimlico and Charles Town will find the ship in commute refreshing in lieu of I-95 and I-64 traffic filled with to the recreational vehicles toting kayaks, standing boards and bicycles on extended summer weekends.

Morven has an opportunity to move past the many impediments that were limitations to Colonial Downs.  Its heritage, location, hospitality services and even climate couldn’t be matched by Colonial Downs, even if that track were managed properly.  Whatever days surface in Leesburg, it promises to be few degrees cooler than marshy New Kent, where moist mid-summer days steamed and stormed the most stubborn of railbirds.

In Morven, Loudoun County may get a second — really, a third — bite at Virginia’s racing apple.  In 1990, Loudoun voters approved a referendum to allow pari-mutuel racing.  Maryland Jockey Club president Joe De Francis had aspirations to build a racetrack near Dulles Airport.  However, bids in northern Virginia to build a Disney theme park, Legoland and even a Washington Redskins stadium went by the way.  In 1994, a petitioned referendum to reverse 1990 vote passed 10,399 to 8,622, the vote splitting between the rapidly growing suburban eastern portion against the more rural western half in favor.

At the same time, with the initial referendum in New Kent was set to expire, the second required referendum passed with approval of 85%.   New Kent became a popular and convenient choice.

Morven won’t be alone in Northern Virginia.  A half hour down Route 15, the Virginia Gold Cup, whic holds the largest sporting event in the Commonwealth outside of NASCAR, is seeking to help fill the void created by Colonial’s departure by adding a third day of racing on September 20.  The added third day of racing at Great Meadow consists of all flat races over the course at Great Meadow in The Plains,Virginia  where over 70,000 fans watch racing on the first Saturday in May.  The Virginia Gold Cup also hosts the International Gold Cup on October 25 that usually draws 40,000 race goers.

Meanwhile, Colonial Downs has applied for a single day of racing targeting Cyber-Monday, November 30th, for the purposes of creating a renegade horsemen’s group to force some kind of leasing deal.  Colonial’s application is a business tactic that only has bureaucratic impacts on recently passed legislation.

Will Virginia racing’s future find its place in the heart of its own history?  Virginia racing decision makers are wading in this pool hoping to find that the much needed water will get deeper.

(Disclosure: The author was a New Kent County employee and resident at the time of the county’s second referendum and was convinced that the New Kent location was prime.)