X marks the spot for this retired Thoroughbred 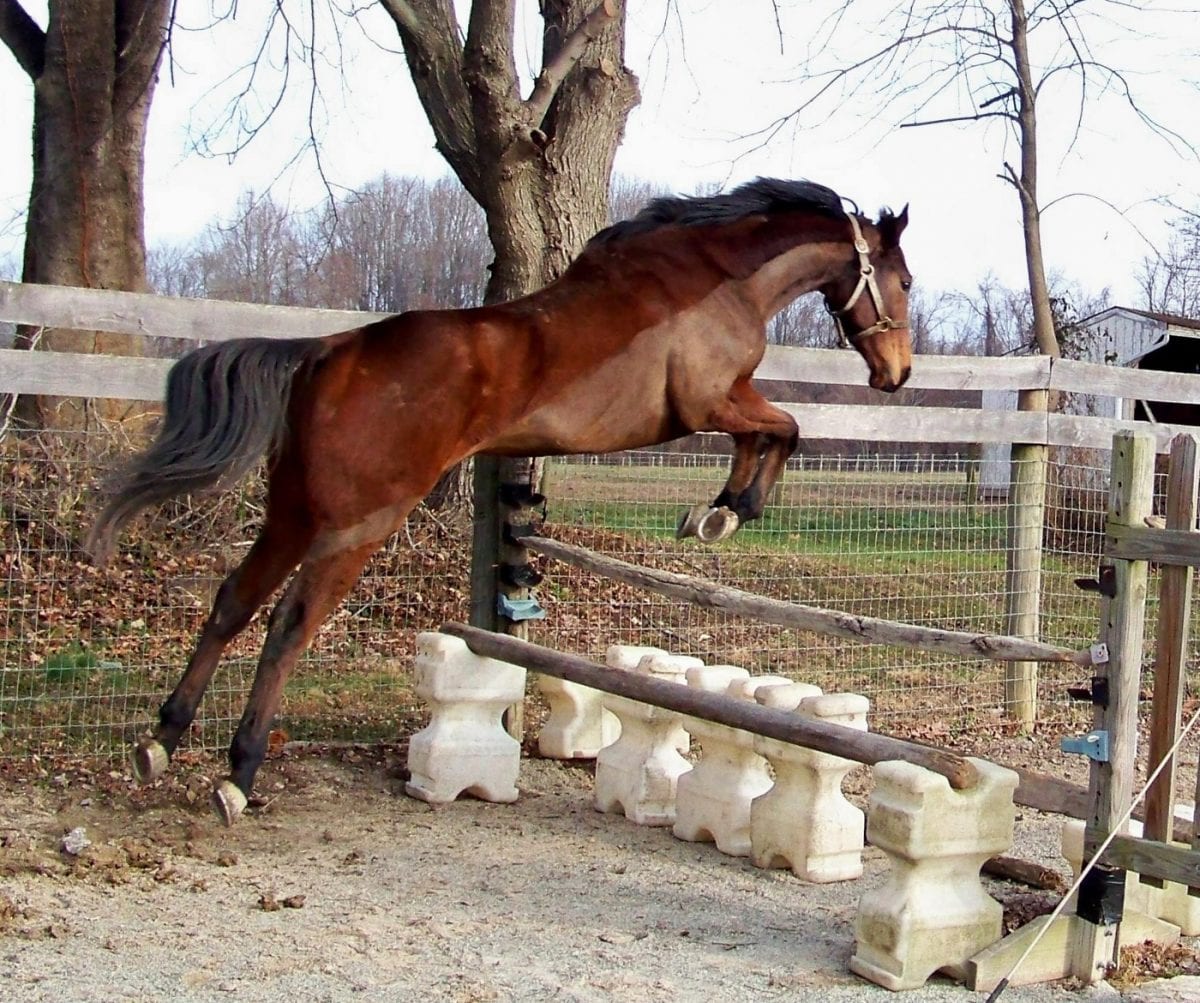 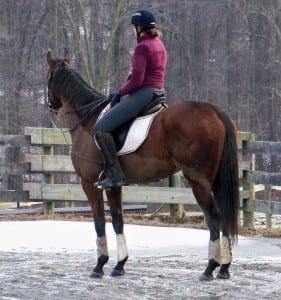 Third Regiment, with Tara Ziegler up. Photo by Pat Dale.

When retired Thoroughbreds take to the show ring this weekend at the Will Rogers Coliseum in Fort Worth, Texas, Third Regiment and his trainer Pat Dale will be there to do the Mid-Atlantic proud.

A 2007 Louis Quatorze gelding out of the Smart Strike mare Acts Well, Third Regiment was bred in Pennsylvania by Kim Eshleman. He made all but one of his 33 starts in Pennsylvania, racing once at Atlantic City, compiling a lifetime record of 5-6-6 with earnings of nearly $123,000. He finished fourth in his last race, an allowance at Penn National on December 18, 2012.

Now, he’s on his way to a second career, thanks to Remember Me Rescue and the Battle of the X’s.

The “X’s” are all ex-racehorses who have been in training for 120 days, getting ready for this weekend’s event at which they’ll first be showcased, then auctioned by Texas-based Remember Me Rescue, founded in 2008 by trainers Dallas and Donna Keen. All bidders on the horses must be pre-approved for adoption by the organization.

This weekend’s two-day event will comprise an all-Thoroughbred show featuring a variety of classes and divisions and a trainers’ challenge, in which Third Regiment will participate.

“It’s all done completely by volunteers,” she said. “There’s no paid staff.”

As he did last year, Hall of Fame trainer Jack Van Berg will serve as the event’s master of ceremonies and auctioneer; he’ll also be a member of the judging panel for the trainers’ challenge.

“Horses will be competing for $10,000 in prize money,” said Morgan. “And then people will be able to bid on a well-trained Thoroughbred.”

But, she added, the money isn’t the most important part of the event.

“We’d like to break even,” she said, “but we do it to promote the trainability and versatility of the off-track Thoroughbred.” 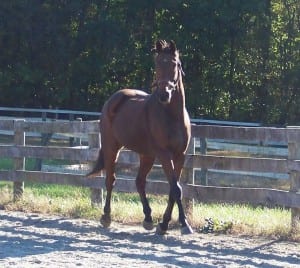 According to Morgan, 75 percent of the horses in the challenge were donated to Remember Me Rescue by Midwest Thoroughbreds, who last year donated a barn to the organization’s facility in Burleson, Texas. Third Regiment is one of those donated horses, and he’s been training for the last four months with Pat Dale in Conowingo, Maryland.

A Pennsylvania-bred like the horse she’s training, Dale got started in pony club, then went to the Yorkshire Riding Academy in England and qualified as a certified British Horse Society Assistant Instructor. Her “real roots,” she said, are in dressage, but she also groomed for trainers Joe Fanning and Del Carroll Sr.

Impressed with Remember Me Rescue’s efforts last year, she applied to train for this year’s challenge, hoping, she said, for “a really nice winter” so that she wouldn’t lose much training time.

She got half of what she wanted: the horse came, but the really nice winter, not so much.

And while the trying conditions didn’t make training particularly easy, they did allow her to learn a lot about her horse.

“He got here, and two weeks later, we got hammered with bad weather,” she said. “We couldn’t do anything consistently; we’d get to ride for two or three days here and there.”

But Third Regiment handled the conditions like a pro.

“He didn’t care about the crappy footing,” she said admiringly. “I took him to the indoor ring, and all of a sudden a bunch of snow slides off the roof. He cocked his head, listened, then went on.”

Though Dale suggested that Third Regiment, whom she calls “Third” (“He’s definitely not a Reggie,” she said) might have less training than other horses in the challenges, she’s been impressed by what he’s accomplished.

“He’s a really cool horse,” she said, enthusiasm infusing her voice. “He’s a class act all the way down the road. He stands quietly at the mounting block and on cross ties, he gets in the trailer very happily. He doesn’t have a racing injury blemish on him.”

Attempts to find out from Midwest Thoroughbreds what led to Third Regiment’s retirement were unsuccessful, but his legs are clean, cold, and tight, said Dale.

“I had a vet here the other day and she remarked that given that he’d run at Penn National pretty much his whole career and the number of times he’d run, he probably would have stayed sound forever.”

She acknowledged that he’s a work in progress, that he still needs about a year of flatwork and quality jumping gymnastics “so that he’s not bored.” She predicts that he’d make a good dressage or event horse.

“He’s not a cookie-cutter horse,” she said. “A professional should ride him. He’s not going to fall into the Western cowboy trail horse, and he’s certainly not a hunter-jumper. He never makes you feel like you’re going to get dumped, but he’s also not the kind of horse you’d put a beginner on.”

At the challenge this weekend, Third will participate in two walk/trot classes on Saturday; on Sunday, he’ll do a 10-minute freestyle, a basic eventing and dressage test, and a little jumping and gymnastics.

He has his own Facebook page at which Dale has been regularly promoting him, encouraging Mid-Atlantic riders to submit an adoption application for approval and call in to bid this Sunday.

“He’s smart, kind, sensitive, and light,” she said. “He’s big and intelligent, and he’s got really good feet and strong legs. He’s got a few personal quirks—you can’t pull his mane, and he’s funny if you try to work around his face and ears, but it’s nothing you can’t live with.”

Dale has posted regular updates on his progress at her own Facebook page, where she also features other horses for adoption, and as much as she’s looking forward to this weekend’s events, she knows it will be bittersweet.

“He’s superman, able to leap tall buildings in a single bound,” she said proudly. “He wants to be handled like a million-dollar quarterback. He’s got a little bit of ego and vanity, mixed with a few quirks, and he’s a really powerful horse. It’s the recipe for an awesome event horse.”