For Obed-Letts, patience is a virtue and a necessity 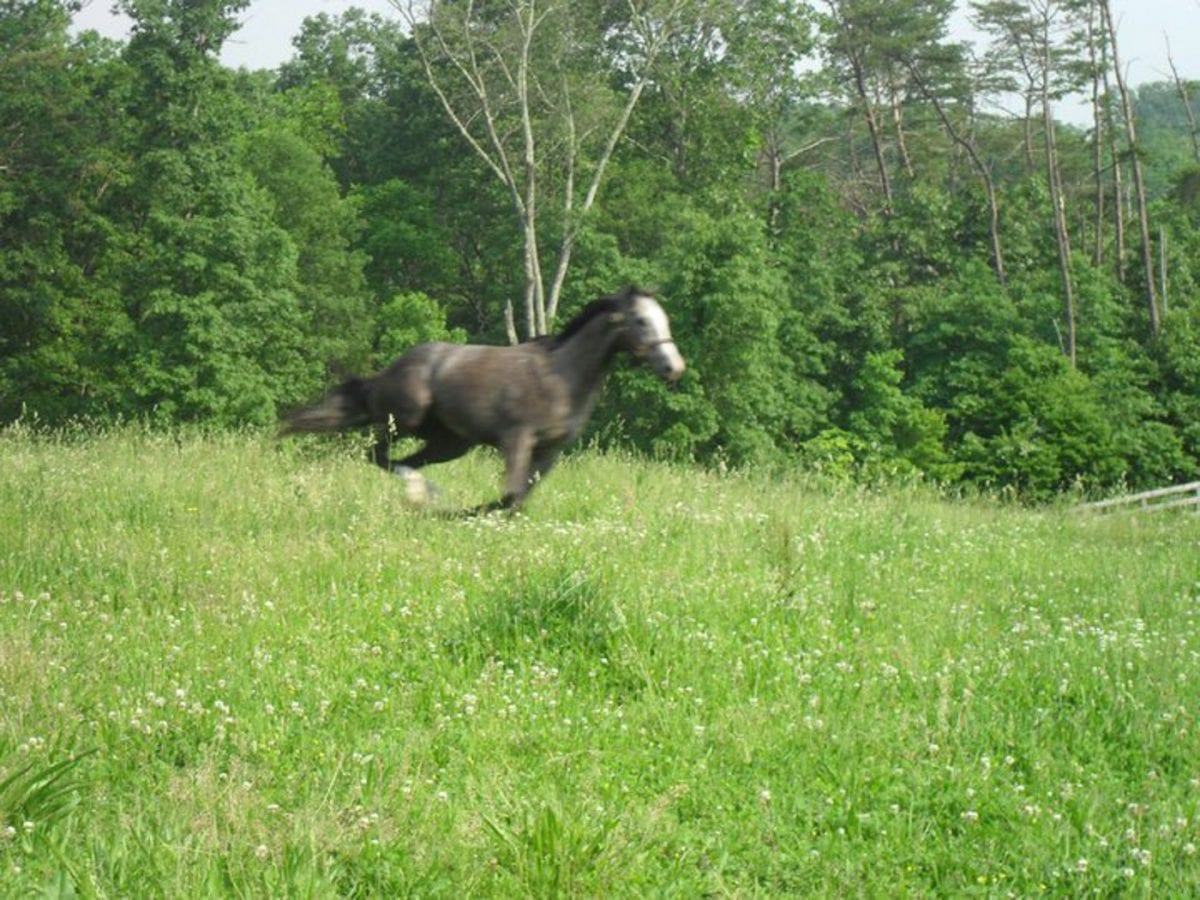 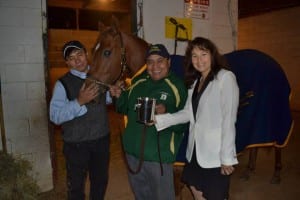 If there’s one thing that 10 years as a jockey in the Charles Town colony taught Keturah Obed-Letts, it’s the value of patience.

That’s a lesson that has stood her well in her new profession, as a trainer.

Obed-Letts, who won 116 races and boasted earnings of nearly $1 million in a 1956-race career as a jockey, still gallops and works her two most recognizable horses, Henny’s Princess and Dixieland Bride.  Yet, while the two nicely bred fillies toil in the same barn for the same trainer and same owner, it’s safe to say that their career arcs couldn’t be much more different.

“She’s really such a girly horse,” Obed-Letts said of Henny’s Princess, who finished fourth last Friday in her seasonal debut in an allowance event won by another daughter of Henny Hughes, Side Letter. “She likes to be the center of attention every time she goes to the track. She starts to prance and if nobody’s looking, she’ll rear up and start jumping around.  She doesn’t like the mud.  She wants nothing to do with getting dirty out there.”

It took Henny’s Princess five cracks to break her maiden last summer.  Then she finished second behind Nana Anna in the $50,000 Rachel’s Turn Stakes. But on that night, Henny’s Princess stumbled at the break and nearly planted her nose in the dirt. That she was able to rally to finish second in a one-turn dash over the Charles Town strip was impressive in its own right.

Three weeks later on West Virginia Breeders Classics night, Henny’s Princess broke well and got immediate revenge, besting Nana Anna for a 13-1 upset in the Triple Crown Nutrition BC. It marked the first Classics tally for Obed-Letts, who never got one as a rider. That was the highlight of her season, though she did add an allowance score two races later.

“Horses like her always make me want to ride again,” Obed-Letts said. “She does everything right in the morning. She likes to show off, but she’s definitely got plenty of talent. There are plenty of West Virginia-bred races for her this spring and summer.”

The day before the horse Obed-Letts calls Patty Cake notched her stake score, Dixieland Bride — known around the barn as Sugar — ran ninth, and last, in the Municipalities Mayors Handicap at Charles Town.  It marked the second straight year she’d run — and finished last — in the event.  She came in fifth in her only other stakes try, in the 2012 Pink Ribbon at Charles Town.

Safe to say this isn’t quite the career Sugar’s connections envisioned for her.

Dixieland Bride, a five-year-old daughter of Dixieland Band out of the Unbridled’s Song mare, Le Marais, began her career as if she had the potential to be something special. While it took Henny’s Princess four tries to garner her diploma, Dixieland Bride prevailed at second asking and outlasted the late bid of Dance to Bristol for the narrow nose victory in a maiden special weight event at Charles Town. 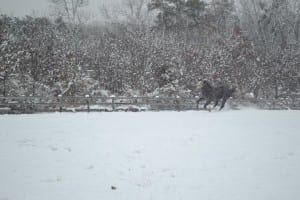 No one knew it at the time, of course, but Dance to Bristol went on to become one of the best older filly and mare sprinters in the country, winning seven straight races in 2013 — three in graded company — earning a nod as an Eclipse finalist, and receiving recognition as Maryland-based Horse of the Year.

While all that was going on, however, Dixieland Bride has found herself stuck.  She was winless in 12 starts last year and has lost 18 straight events since taking an August, 2012 allowance at Mountaineer Park.

Weather permitting, she’ll be back at Mountaineer on Wednesday in an allowance for horses that have never won three races.  Dixieland Bride is 2-for-32.

“It’s been a little frustrating,” Obed-Letts said of Dixieland Bride. “She was obviously bred to be something really good and she was sold as a yearling for $125,000. But then she later went through another sale and brought only $65,000. It’s amazing to think that she beat Dance to Bristol, who went on to be one of the best horses in the country, and we still can’t get past the three lifetime conditions.”

Obed-Letts entered Dixieland Bride in a $25,000 claiming race at Laurel Park once, but that was only to make her eligible for starter allowance company later. She has since received several offers from owners looking to buy her for breeding purposes, but the mare is not for sale and will soon be a broodmare for her current connections.

“You don’t see too many Dixieland Band mares out there anymore,” Obed-Letts said. “She was in for a tag once, but just once. She’s not for sale. She’s going to make a good broodmare. It’s been tough to see her take so long to run through her conditions. When you beat a horse like Dance to Bristol, you figure you might go three or four races in between winning your conditions. But for her it’s been a lot longer than that.”