Medina Spirit, whose positive test for betamethasone threw the horse racing world into a frenzy and cast into doubt whether he would be able to race in subsequent Triple Crown races, has been cleared to race in the Preakness Stakes May 15.

The Stronach Group and Maryland Jockey Club, which owns Pimlico Race Course and the Preakness Stakes, gave the all-clear Friday afternoon after 4:30 p.m., more than 90 minutes after their original target time.

Medina Spirit, the Bob Baffert-trained son of Protonico, was a game winner of the May 1 Kentucky Derby, holding off a phalanx of challengers in the lane to post a narrow surprise victory.

However, eight days later, Baffert announced at a hastily assembled press conference that the horse’s post-race test had revealed the presence of 21 picograms of betamethasone, a corticosteroid generally used as an anti-inflammatory, though some times used for other purposes, including to combat skin conditions.

The positive — and Baffert’s shifting explanations — threw the sport into an uproar, with some calling for the Maryland Jockey Club to prohibit Medina Spirit from competing. The company postponed the Preakness post position draw by 28 hours to wrestle with the issue before finally announcing an agreement with Baffert’s attorney, W. Craig Robertson, that called for enhanced pre-race testing.

The enhanced procedures applied to three Baffert runners: Derby champ and Preakness morning line favorite Medina Spirit, Preakness second choice Concert Tour, and Grade 2 Black-Eyed Susan favorite Beautiful Gift. All three had May 6 and May 10 tests screened by industrial Laboratories — the lab which called the positive after the Derby — and a May 10 test screened by the University of California-Davis Maddy Laboratory.

All tests came back clear, and all three horses may now start in their respective races, the MJC said. 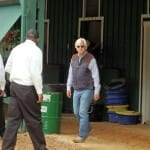 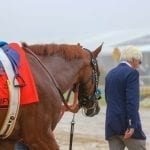 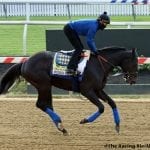 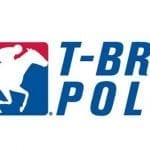