Covid and more: The week in social media 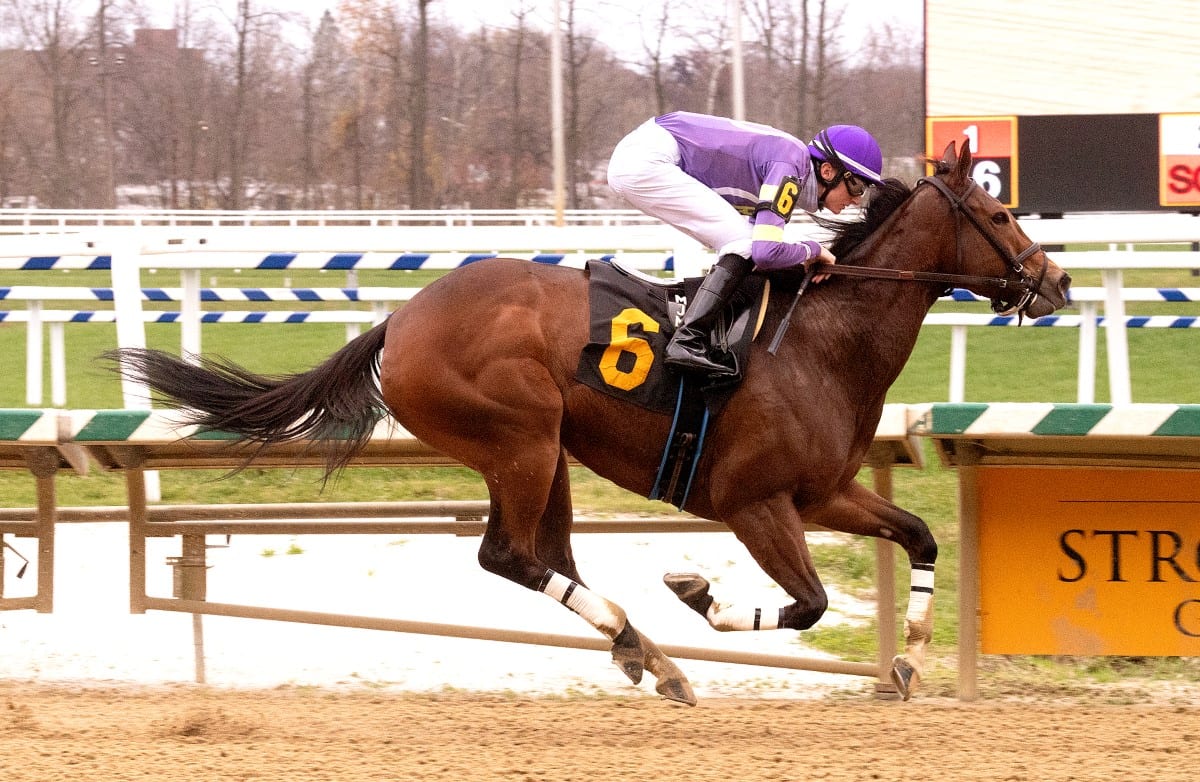 Malibu Mischief increased her winning streak to six consecutive scores, Anchor & Hope Farm will be offering lower stud fees for 2021, and live racing will finally resume at Charles Town Races after being canceled earlier in the month due to some positive cases of Covid-19 at the track.

Here is the 411 on what racing fans in the Mid-Atlantic region have been buzzing about on social media over the past week:

Malibu Mischief, a four-year-old filly by Goldencents, kept her winning streak alive and well this past weekend, raising her streak to a current total of six wins in a row.

With jockey Trevor McCarthy in the pilot’s seat, Malibu Mischief bolted alertly from the starting gate at Laurel Park and bounded to the head of the pack. The bay filly zoomed swiftly through the 5 ½ furlong dash and wrapped things up gracefully in the stretch in a hand-ride. With a comfortable advantage over her competition, Malibu Mischief completed the race in 1:03.23.

Bred by Fedai Kahraman, Malibu Mischief is owned and trained by Rudy Rodriguez. The filly has won six straight dating back to early June of 2020, with her two most recent wins taking place at Laurel Park, and one win prior to those taking place at Delaware Park. To date, Malibu Mischief has visited the winner’s circle a total of ten times from 22 career starts and has banked career earnings of $305,921, with $142,676 of it being earned in 2020 alone.

While Malibu Mischief has not competed against black-type competition yet and future plans are not set in stone, it appears very likely that the filly could be taking a step up in class upon her next outing.

Discounts at Anchor and Hope

Doing their part to help support and sustain the horse racing industry during these times of uncertainty, Anchor & Hope Farm has announced new “Covid-Conscious” stud fees for the upcoming 2021 breeding season.

Located in Port Deposit, MD, Anchor & Hope Farm will have lower-priced stud fees available for 2021 in an effort to help support the breeding side of the sport during times of uncertainty and economic hardship that was triggered by the Covid-19 pandemic. Sires Bourbon Courage and Imagining will both stand for a new fee of $2,000, and sires Holy Boss and Long River will stand for $1,000 each.

Bourbon Courage was represented this past season by multiple stakes winner and graded stakes-placed, Double Crown. Imagining is known for his multiple stakes-winning son Monday Morning Qb, as well as having sired multiple winners on both the turf and dirt. As for Holy Boss, his first runners will hit the track in 2021, and Long River’s first crop of offspring will be yearlings in 2021.

The new stud fees are subject to availability and may change depending on the conditions of the market.

At the beginning of November, Charles Town Races was forced to cancel its planned race cards through November 14. The sudden cancellation was the result of at least two Covid-19 positive tests emerging from the jockeys’ room at the track. The quarantine period has now run its course, and live racing resumed on Thursday, November 19.

While many fans felt some dismay about losing six days of live racing and only gaining four new days in return, the West Virginia Racing Commission felt that the shutdown was in the best interest for all of those involved in the sport in a desperate attempt to help stop the spread of the contagious disease.

The first post time for the return of live racing at Charles Town on November 19th will commence at 7 p.m. EST. There will be a total of eight races held on the card that evening.