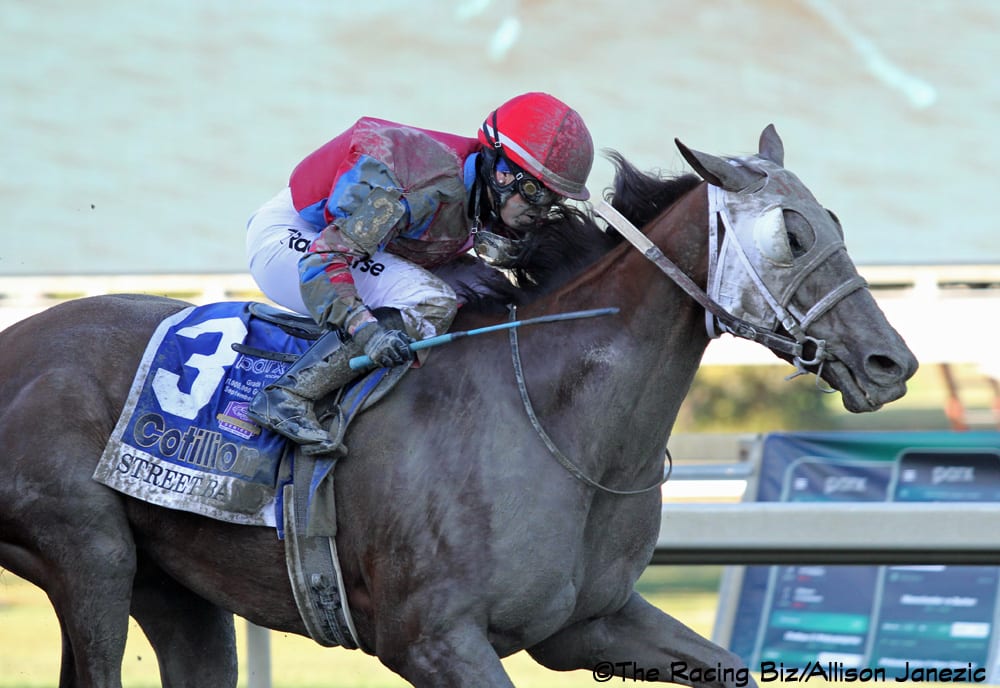 Fasig-Tipton announced major news for its Midlantic December Mixed Sale, Parx Racing had to cancel a major day of action, and a Maryland sire was represented by his first winner.

In a year that has been turned upside down in relation to the Covid-19 pandemic the sport of thoroughbred horse racing — like much else — has made many changes. One of these changes was announced on Monday when Fasig-Tipton said that it would combine its Saratoga Fall Sale and Midlantic December Mixed Sale into one two-day event.

Originally set to commence on October 20, the Saratoga Fall Sale will not go on as scheduled because of the travel restrictions set by the state of New York, which were implemented in an attempt to help stop the spread of the highly contagious coronavirus. However, instead of canceling the sale completely, Fasig-Tipton will instead move it to Maryland and combine it with the Midlantic December Mixed and Horses of Racing Age Sale, which will now take place over two days December 7 and 8.

The Midlantic December Mixed and Horses of Racing Age Sale will be held at the Maryland State Fairgrounds in Timonium, MD. Entries for the main catalog are open until September 18, with supplemental entries welcome until November 13.

Disappointing news came to the attention of racing fans this week when it was announced that the Pennsylvania Derby (G1) and Cotillion Stakes (G1) have both been canceled for 2020.

Originally scheduled to be held on September 26, timing for the major Mid-Atlantic event became tricky once several other major races had to be rescheduled for 2020 due to the Covid-19 situation. With the Grade 1 Travers Stakes moved to August 8, the Kentucky Derby moved to September 5,  and the Preakness Stakes now taking place on October 3, it didn’t leave much time or opportunity for the Pennsylvania Derby or Cotillion Stakes to get their day to shine. As a result, they will simply not be run this year. In addition, the squeeze on purse money necessitated by the closure earlier this year of casinos in the state also played a role.

Other notable races originally slated to take place at Parx that will not be run this year are the Gallant Bob Stakes (G2), the Turf Amazon Stakes, and the Parx Dirt Mile, which were supposed to be part of the undercard for Pennsylvania Derby Day.

For now, the hope is for Parx Racing to be able to host the Pennsylvania Derby and Cotillion Stakes, along with its regular undercard races as planned for 2021.

Country Life and Merryland Farm’s stud Mosler was represented by his first winner on August 9, when his son Heir Port crossed the wire first in a maiden special weight at Monmouth Park.

Piloted by jockey Paco Lopez, Heir Port trailed the field for much of the race in his debut, at the $40,000 maiden claiming level, which was contested at the distance of six furlongs. Heir Port gradually advanced and made a wide bid for the lead as he rounded the turn for home. Warm Sunny Breeze and Fire’s Finale were both battling for the lead in the front of the pack but posed little threat to the oncoming charge of Heir Port, who swiftly shot past the duo to win in a hand ride. With a 4 ½ length advantage, Heir Port claimed victory in a final time of 1:12.64.

Bred in Kentucky by owner New Farm, Heir Port is out of the Wildcat Heir mare Heir Stream and was trained to victory by Ben Perkins, Jr. He was claimed out of the race by new trainer Dale Bennett for SAB Stable Inc. To date, the bay colt has one win to his name from one start and has collected earnings of $18,000.

A five-time winner on the track including scores in the Elusive Quality Stakes and the Laurel Dash, Mosler entered stud in 2017 upon his retirement from the races. Mosler stands at Country Life Farm in Fallston, MD for a current fee of $4,000 for a live foal that stands and nurses.