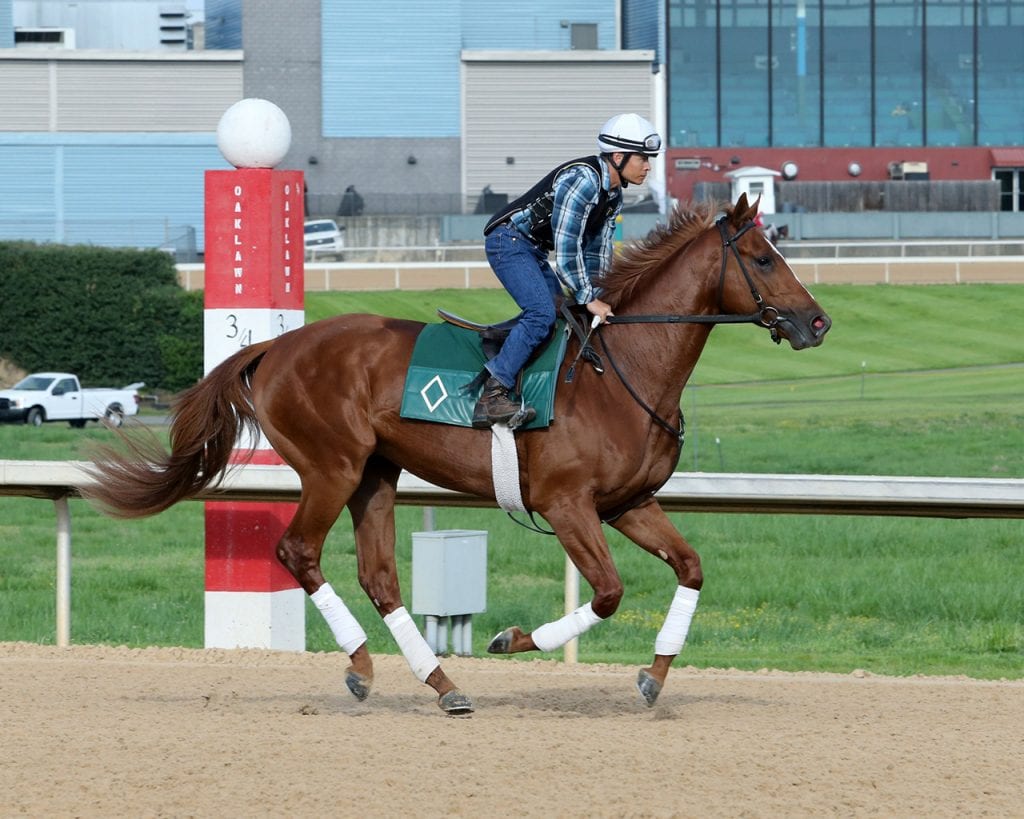 Longshot Country House ran huge, and with an assist from the stewards, the three-year-old Lookin At Lucky colt gave Hall of Fame trainer Bill Mott the first Kentucky Derby win of his sparkling career over a sloppy Churchill Downs strip Saturday evening.

Maximum Security, the Jason Servis trainee who began his career at the $16,000 maiden claiming level, led virtually throughout in the Derby. Under an astute ride from jockey Luis Saez, Maximum Security grabbed the early lead, caught a breather in mid-race, was swallowed up nearing the head of the lane, but rebroke and went on to cross the wire two lengths in front of Country House.

But as the horses neared the lane, Maximum Security, a New Year’s Day colt, drifted out a couple of paths in front of War of Will, who had to take up. That led to an objection and then to a lengthy review by the stewards. Ultimately, the stewards disqualified Maximum Security. That elevated Country House to the win.

But today under new pilot Flavien Prat, Country House mustered the best effort of his career. He was never far back while three and four wide on the backstretch and circled the turn to reach a threatening position. The incident between Maximum Security occurred to his inside and might actually have helped Country House, helping to ensure he had clear run.

He was unable to go with Maximum Security, but held a clear second, while Tacitus rallied to win a multi-horse photo for the show.

“We hate to back into any of these things… It’s a bittersweet victory.

“I’m thrilled to death for all the connections.

“We’ll just have to prove ourselves in the future.”

If he posts, you have to expect Maximum Security is the favorite in the Preakness. He was best today and when challenged at the head of the lane, he rebroke to be a clear winner… Game Winner was wide throughout but kept on grinding to be in a group of horses vying for the show honors.