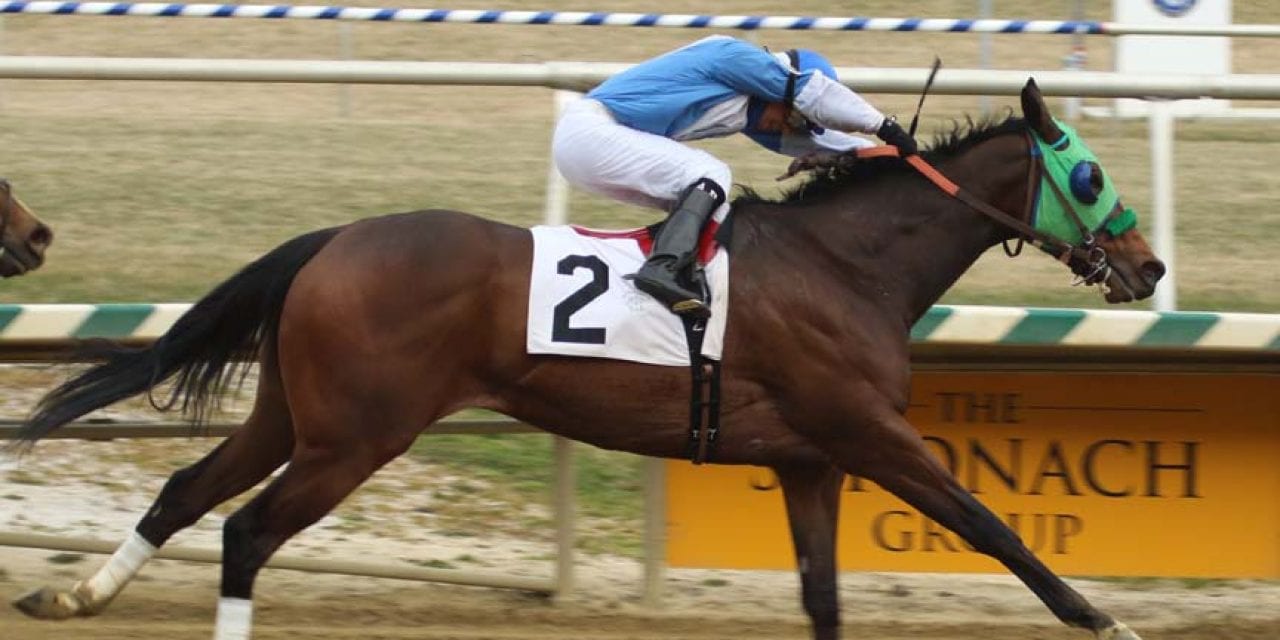 Three Maryland-bred geldings will seek to pad their MATCH Series points in the 3-Year-Olds and Up Sprint—Dirt Division when they square off in the $100,000 Polynesian Stakes at Laurel Park Aug. 12.

The Polynesian is part of a MATCH Series two-state weekend doubleheader. Monmouth Park will host the $75,000 Incredible Revenge Stakes in the Filly and Mare Sprint—Turf Division Aug. 11.

The seven-furlong Polynesian attracted a field of six. It serves as a local prep for the grade III, $250,000 Frank J. De Francis Memorial Dash, final leg of the division, on Sept. 15.

Linda Zang’s homebred Lewisfield, who leads the division with 12 points, finished third in the grade III Maryland Sprint Stakes and second in the Mr. Prospector Stakes, the first two legs of the division. Trainer Jeff Runco then passed on the third leg, the Hockessin Stakes, to try the 4-year-old in a Breeders’ Cup-quality grade II sprint stakes in New York, and Lewisfield finished a credible fourth.

With a start in the Polynesian, Lewisfield will qualify for MATCH Series bonus money, as will owner/breeder Larry Johnson’s It’s the Journey (5 points), who finished fifth in the Mr. Prospector and fourth in the Hockessin. The Mike Trombetta trainee, like Lewisfield, has an affinity for the Laurel main track.

Hillside Equestrian Meadows’ Laki has competed in all three division races so far for a total of 8 points. Trained by Damon Dilodovico, Laki will automatically earn 5 points for his fourth division start on top of points earned for his finish in the Polynesian.

All three are in the running to win their breeder a $5,000 bonus from the Maryland Horse Breeders Association for accumulating the most points in the Maryland breeders’ bonus division for the top points-earning Maryland-bred male in the MATCH Series.

A field of eight was drawn for the Incredible Revenge Stakes, fourth leg of the Filly and Mare Sprint—Turf Division. It’s the last of seven MATCH events at the New Jersey track this year.

Favoritism could fall to Sir Sandbaggers Stables’ Miss Deplorable, a Delaware Park-based 3-year-old filly who won the Blue Sparkler at the same distance on grass at Monmouth in her last start July 21. In only five starts she has two wins and a second in three outings on the turf for trainer Baltazar Galvan.

Trainer Arnaud Delacour, who won the third leg of the division—the Turf Amazon at Parx Racing with Smiling Causeway—has entered Lael Stables’ Amapola, who has a win at Monmouth and two close second-place finishes in three starts on turf.

Heading into the fifth and final leg, the $100,000 Sensible Lady Turf Dash at Laurel Sept. 15, it appears only Smiling Causeway, Pretty Perfection and Daylight Ahead, each of whom have two starts in the division, will be eligible for bonus money should they compete in Maryland.

Fillies and mares, 3yo and up, turf sprint division

Three-year-olds and up, dirt sprint division