For jack-of-all trades Gaffney, a burgeoning career and a new reason to stay home 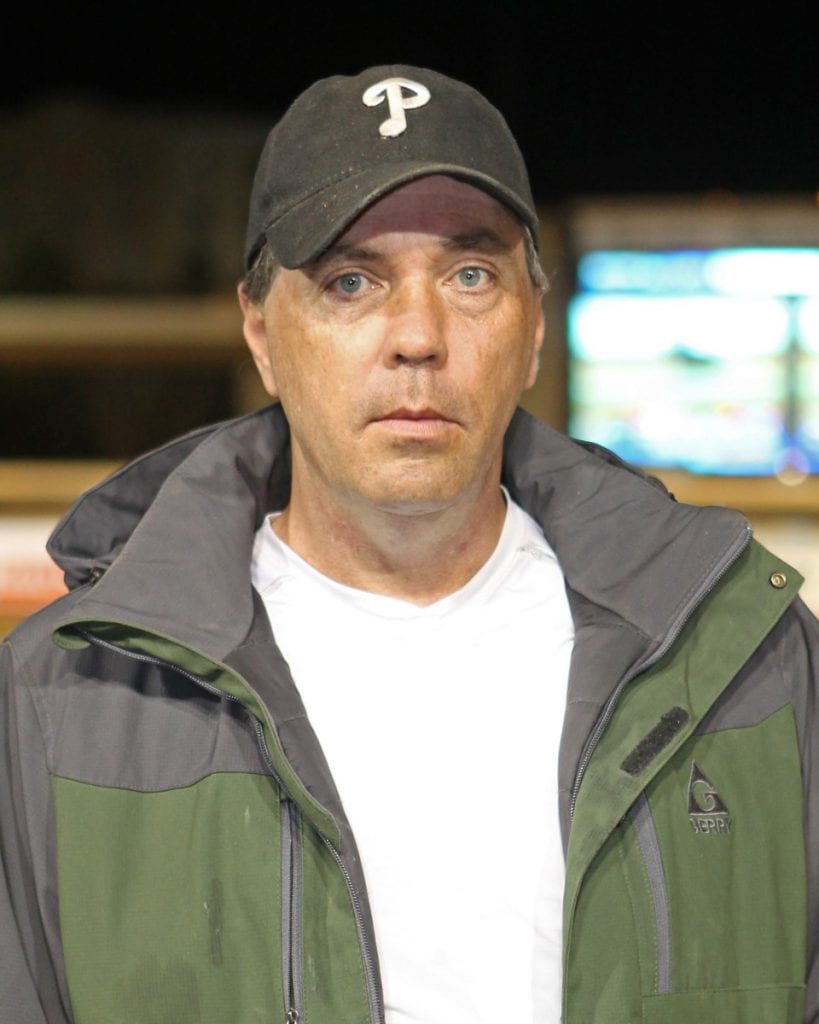 Trainer Hubert Gaffney enters this year off his best-ever season and is looking forward to a 2017 that he hopes will catapult him and several loyal owners into bigger spots.

And then, perhaps, he can do away with the jack-of-all trades routine.

Gaffney, 46, whose horses have won three races, finished second seven times and third on 10 occasions from 65 starts this season, has been a groom, an assistant trainer, a jockey’s agent and even an on-air racing analyst at Charles Town over the past 20 years.

“When I first started training horses, me and Wayne Potts were partners on a number of horses,” Gaffney said. “But then Wayne went out on his own and now I have 32 horses of my own, 20 at Penn Nationals and 12 at Charles Town and I’m looking to get some stalls at Delaware Park when they open. But each step along the way, I have tried to learn as much about the sport as possible, whether as a groom or a handicapper or a jock’s agent. What I’ve learned the most is that a trainer is only as good as his horses and his help. That year I worked for Jeff Runco really gave me an appreciation of what it takes to run a stable from the business side of it.”

Gaffney’s top trainee this year, James Alex, had won his last two starts at Charles Town before finishing third in a $5,000 claiming event Wednesday evening for owner Kazdan Racing Stables [Alex Kazdan]. But Gaffney is also looking to branch out in some capacity.

After spending several years as a jockey’s agent for Joseph Schneider and Natasha Bracaloni, now an assistant trainer for Joan Reynolds, Gaffney worked as an assistant trainer for Casey Hinsdale, a former jockey at Charles Town who later married and divorced jockey Travis Dunkelberger. As a trainer, Hinsdale never saddled a winner from 36 starters, with six runner-up and six third-place finishes as her highlight.

When Gaffney went out on his own after working one year for Runco, he quickly hired Hinsdale as his assistant. Gaffney enjoyed immediate success as the first horse he ever saddled, Sunshine Admiral, won a three-turn, $2,500 claiming race at Charles Town on February 12, 2004 by 13 lengths with Leigh Offutt aboard. Offutt — who, curiously enough, had 25 wins, 25 seconds, and 25 thirds in her riding career, from a total of 209 mounts — later married trainer trainer Arnauld Delacour of A.P. Indian fame.

“When Casey started training horses, she hired me as her assistant,” Gaffney said. “So, when I started training horses I brought Casey on board as my assistant. She’s great with the horses. She’s a very hard worker and she’s knowledgeable and loves the animals. When it comes to hiring help around the barns, I’ve always felt like the women did much more work than the guys. She’s a tremendous part of the team and I wouldn’t be anywhere without her.”

Gaffney, who has saddled 59 winners from 964 runners who have earned $1.16 million along the way, has been pleased with the last two performances of James Alex in claiming events at Charles Town. In 2016, Gaffney won 19 races and, and his runners earned $336,034 — both more than double his previous highs.

Yet he’s more excited about what the future holds for 12 unraced two-year-olds that he trains for Alex Kazdan, Anthony Armenia and Nicole Freeland, juveniles sired by English Channel, Great Notion and Flashy Bull, among others. Among the dozen freshmen that he has yet to unveil, Gaffney is hoping that at least one of them can take him to the sport’s premiere venues.

“I’ve always said that I would not go to Saratoga or Belmont Park or Churchill Downs unless I had a horse that belonged there,” Gaffney said. “For those of us who grew up watching racing and love the sport, many of the biggest races ever run were contested at those tracks. I was fortunate enough to win a race at Monmouth Park, which is a beautiful track, and someday I would like to go to Belmont, Saratoga and Churchill Downs with one of my horses. But I’m not going to any of those tracks unless I have a horse that truly belongs there, so maybe one of these two-year-olds will take me there.”

While Gaffney has high hopes that some of these newcomers will take him far afield, he has another force tugging him back home. His favorite two-year-old, his and Sherri Perry’s daughter Gianna, celebrated her second birthday on March 9. Gaffney spends ample time at the barns in the morning, at the track in the evenings and watching races from across the county on TVG daily. But saddling winners hardly matches the joy of being with his first child.

“I waited almost 45 years to become a father,” Gaffney said. “But it was definitely worth the wait. She gives me a reason to come home. I love training horses and walking into the winner’s circle, but nothing can match being with my daughter. I hope that some day I might win the Kentucky Derby or the Preakness or the Belmont, and then I can honestly say that moment is only second to what is was like seeing my daughter for the first time.”