1,000 wins for Richard Vega – after an objection 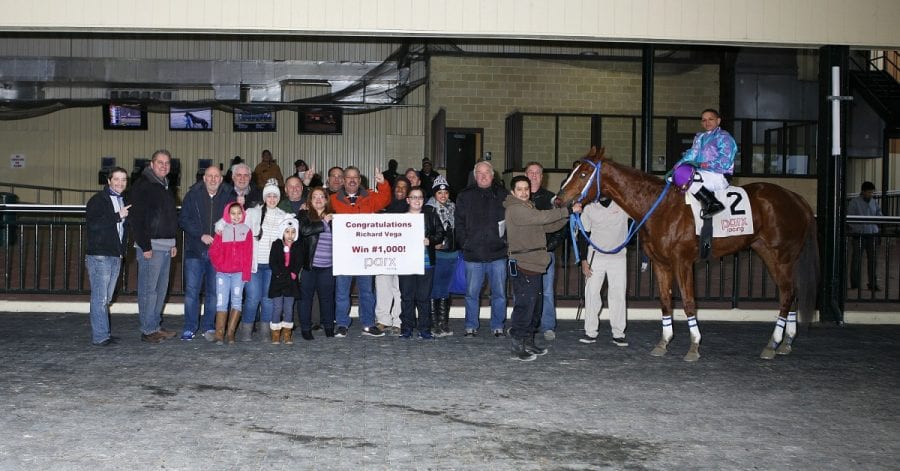 In the case of trainer Richard Vega, it’s a mere nose.

Masio, a horse Vega trains for Carlota Stable and Spyradon Karagiannis, won a $40,000 lifetime claiming race this afternoon at Parx Racing by a nose and in so doing provided Vega the 1,000th victory of his career.

In today’s race, jockey J. D. Acosta hustled Masio, who went off at 8.90-1, to the early lead along the rail.  Masio had a narrow lead after a quarter-mile in 22.86 seconds and extended that advantage to a half-length at the half-mile marker.

In the stretch, Masio kicked clear to a two-length lead.  But Girls and Guns, in fourth after a half-mile, was mounting a rally under Mychel Sanchez — a rally that would fall just a nose short.

Yet Vega’s wait wasn’t quite over.  Juan Vazquez, trainer of fourth-place finisher Trousseau, lodged an objection against the winner for interference at the start of the race.  Trousseau finished four lengths behind the winner.

Ultimately, the stewards dismissed the claim, leaving Vega to celebrate his milestone victory.