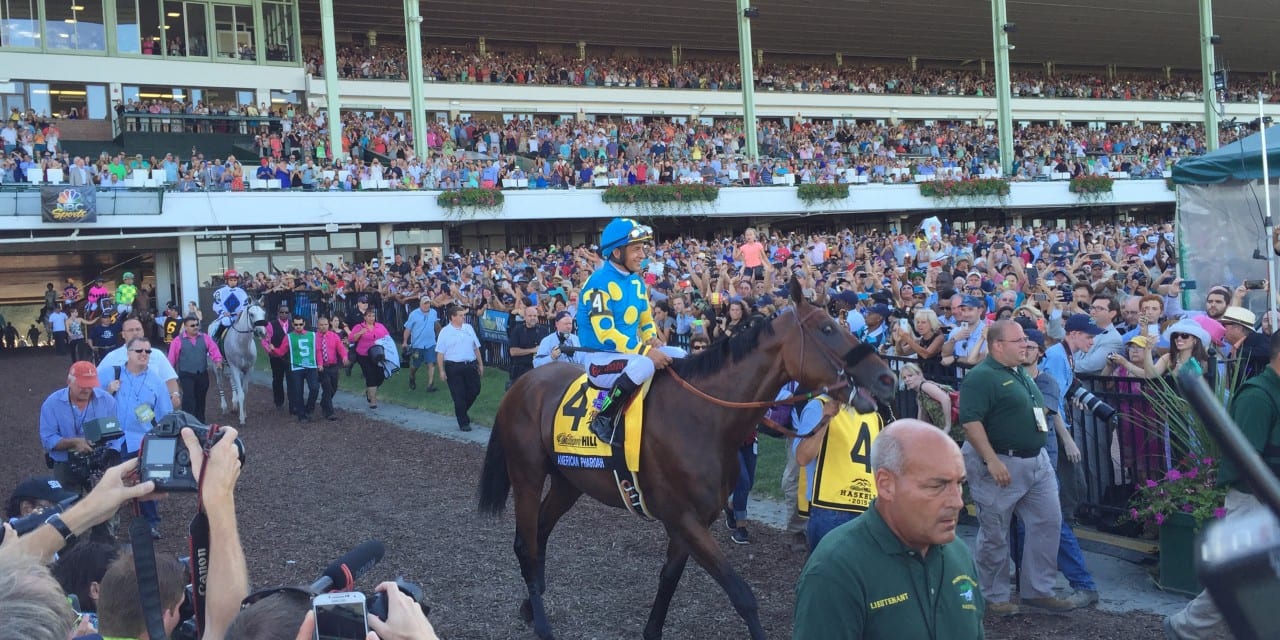 Fresh off the heels of a record setting event last year, once again the $1 million Haskell Invitational leads this year’s $4.65 million stakes schedule for the 2016 racing season at Monmouth Park Racetrack.

Last year’s Haskell featured American Pharoah, the first Triple Crown winner to race at the Jersey Shore, and his geared down victory en route to Horse of the Year honors. This year’s Grade 1 Haskell will be renewed on Sunday, July 31.