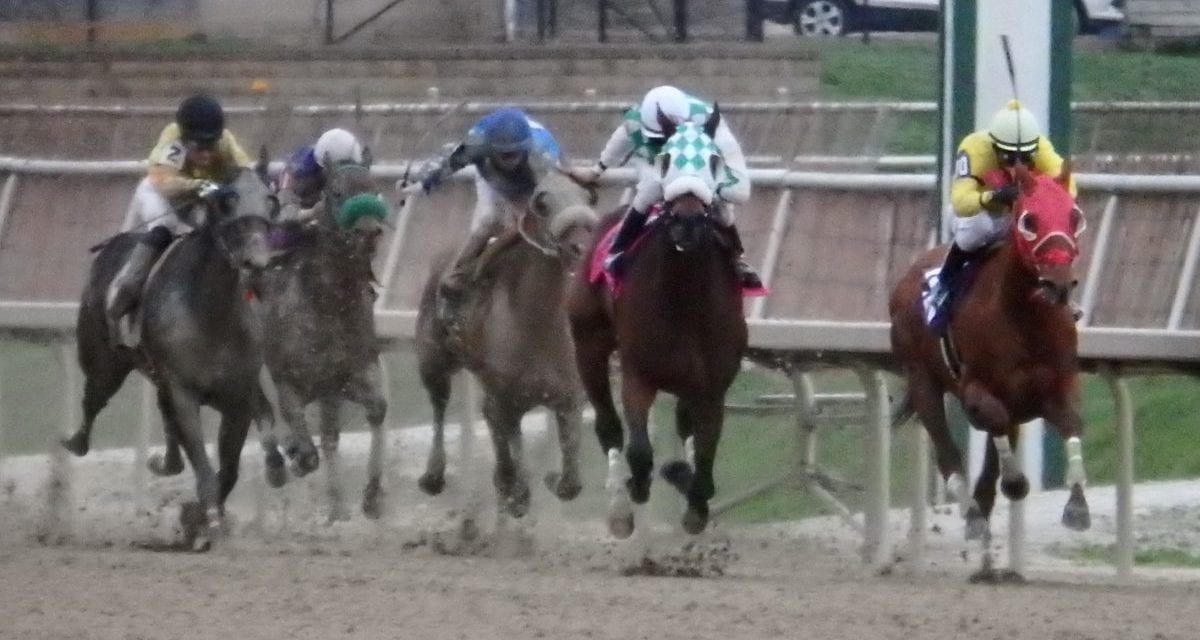 An analysis of data from the Equine Injury Database, comparing 2015 statistics with figures from 2014, has shown a 14 percent decrease in the frequency of fatal injury, it was announced today by The Jockey Club.

Dr. Tim Parkin, a veterinarian and epidemiologist from the University of Glasgow, who serves as a consultant on the Equine Injury Database, once again performed the analysis.

“We’ve seen a significant decrease in the number of fatalities and that is certainly very encouraging,” Parkin said. “We will continue to examine data and look for trends, but the wide-ranging safety initiatives embraced by tracks, horsemen, and regulators in recent years have very likely played a role in the reduction of injuries and fatalities.”

The fatality rates associated with each racing surface were as follows:

Fatality rates based on distance and age were also released today.

An analysis of 2015 race distance statistics shows that shorter races (less than 6 furlongs) were again associated with higher injury rates versus middle distance races (6 to 8 furlongs) and long races (more than 8 furlongs). This has been consistent each year over the seven-year span.

The statistics are based on injuries that resulted in fatalities within 72 hours from the date of the race. Summary statistics are subject to change due to a number of considerations, including reporting timeliness.

A graph depicting all updated statistical data pertaining to surface, distance, and age is available at The Jockey Club’s website.

“When we first starting collecting data in 2007, we realized that the more data we obtained and analyzed, the more we would learn,” said Dr. Mary Scollay, the equine medical director for the Commonwealth of Kentucky and a consultant to the EID. “These improving fatality rates are clear evidence that we can move the needle and that the efforts of so many are truly bearing fruit.”

“This database was created with the goal of improving safety and preventing injuries, and we are now doing that thanks to the participation and cooperation of so many racetracks,” said James L. Gagliano, president and chief operating officer of The Jockey Club. “We applaud all tracks that have contributed data to this project, and we are especially grateful to those who have chosen to make their statistics publicly available on the EID website.”

Participation in the database, as well as publication of statistics, is done by tracks on a voluntary basis.  In the mid-Atlantic, while virtually all tracks participate in the database, only a handful release their data.  Those include Presque Isle Downs in Pennsylvania, Laurel Park and Pimlico Race Course in Maryland, and Delaware Park.  The region’s other tracks do not release their injury data.

Track-by-track data is currently available only through the end of 2014; it can be found here.

Throughout the course of 2016, racetracks accounting for 96% of flat racing days are expected to contribute data to the EID.

The Equine Injury Database, conceived at the Grayson-Jockey Club Research Foundation’s first Welfare and Safety of the Racehorse Summit, was launched by The Jockey Club in July 2008 and seeks to identify the frequencies, types, and outcomes of racing injuries using a standardized format that generates valid statistics, identifies markers for horses at increased risk of injury, and serves as a data source for research directed at improving safety and preventing injuries.

The Jockey Club, founded in 1894 and dedicated to the improvement of Thoroughbred breeding and racing, is the breed registry for North American Thoroughbreds.