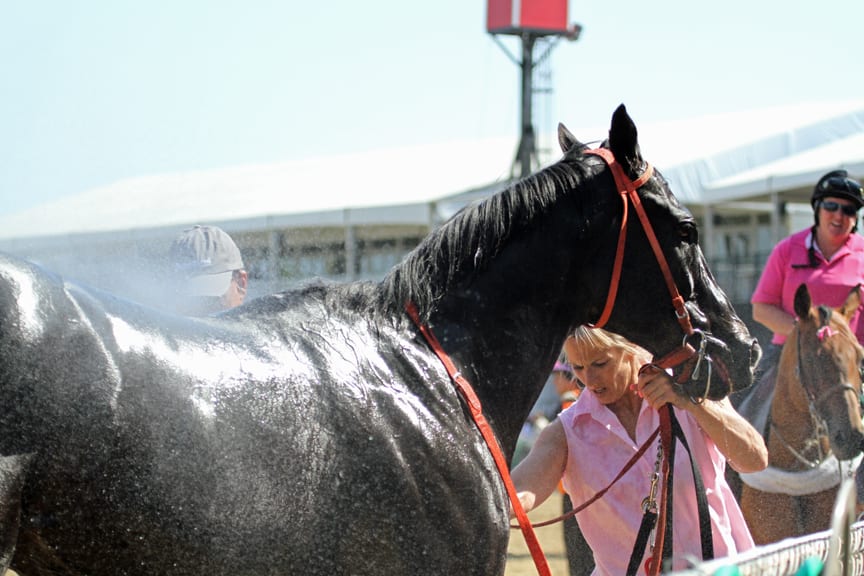 Ben’s Cat, the beloved Maryland-bred, is back on the work tab.

The Parker’s Storm Cat gelding breezed three furlongs on March 17, covering the distance in 38 3/5 seconds over a Laurel Park main track rated fast.  It was the faster of two works recorded at the distance.

It was his first recorded work since returning to the track to prepare for a 10-year-old campaign.  Trainer — and owner, and breeder — King Leatherbury said earlier this week, in a release, that he was pointing Ben’s Cat to the Jim McKay Turf Sprint at Pimlico, scheduled for Black Eyed Susan day, May 20.

“My objective is the Jim McKay [Turf Sprint],” said Leatherbury. “If I can get a race in him before that, I will.”

A year ago, Ben’s Cat mounted a furious rally to win the McKay by a neck over Bold Thunder in what probably was his best performance of the season.  He has won the McKay in four of the last five years.

Girls Got Rhythum won at first asking on January 31, an impressive win that earned her “Big Move of the Week” honors.

She’ll make her second career start this afternoon at Laurel Park in an allowance/optional claiming event for three-year-old fillies in which she is the 2-1 morning line favorite.

On debut, against maiden claiming rivals, Girls Got Rhythum bided her time behind the leaders before making a sudden move to the front approaching the quarter pole.  She went on to win by four lengths in a solid time of 1:11.79 for six furlongs.

Eric Camacho is named aboard the daughter of Zensational trained by Jerry Robb.