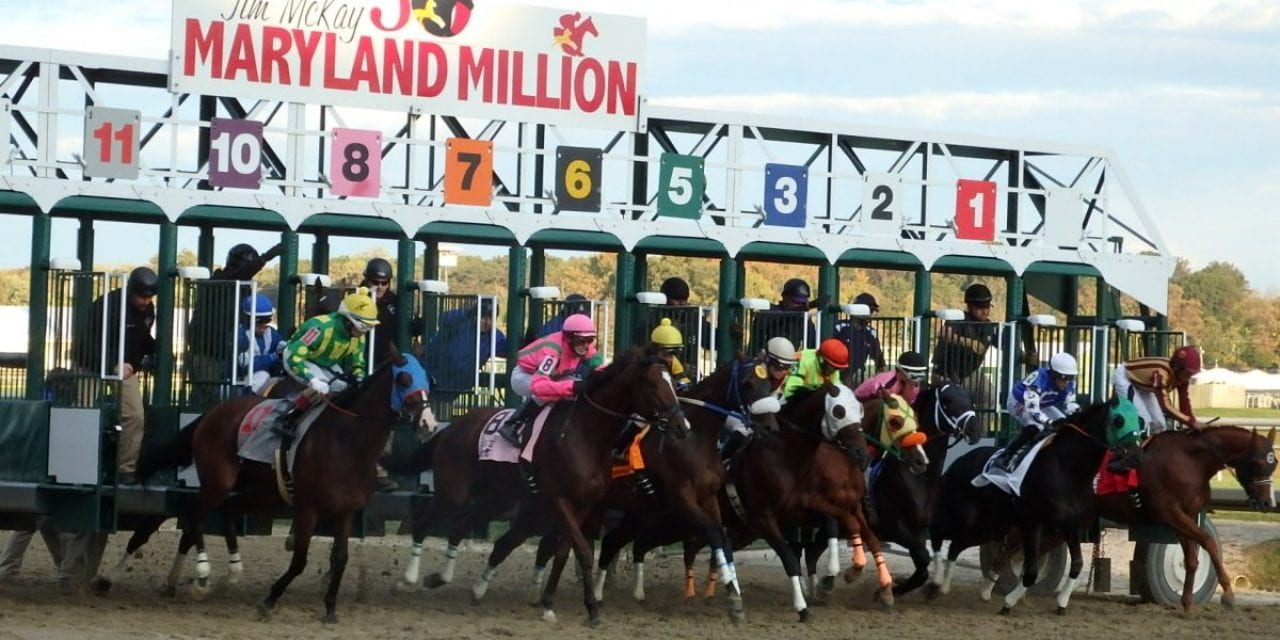 The 30th anniversary edition of “Maryland’s Day at the Races” was a tremendous success, boasting the event’s highest handle since 2008 and attendance of over 19,000 (highest since 2011). Fans were treated to a fabulous front-running performance by Admirals War Chest in the $150,000 Maryland Million Classic and an upset win by Jack’s in the Deck over the beloved Ben’s Cat in the $100,000 Sprint.

“Jim McKay Maryland Million Day celebrates Maryland’s breeding and racing industry. Every year we have a great opportunity to focus on this industry that is so important to our economy and way of life in Maryland,” said Cricket Goodall, executive director of Maryland Million Ltd. “We are looking forward to another beautiful fall event in October at Laurel Park.”

Jim McKay Maryland Million Day features races for Maryland-sired horses with purses and awards totaling over $1 million. A diverse crowd of fans, industry professionals, and elected officials flock to Laurel Park each autumn to enjoy this competitive day of racing and a variety of other on-and-off track activities.