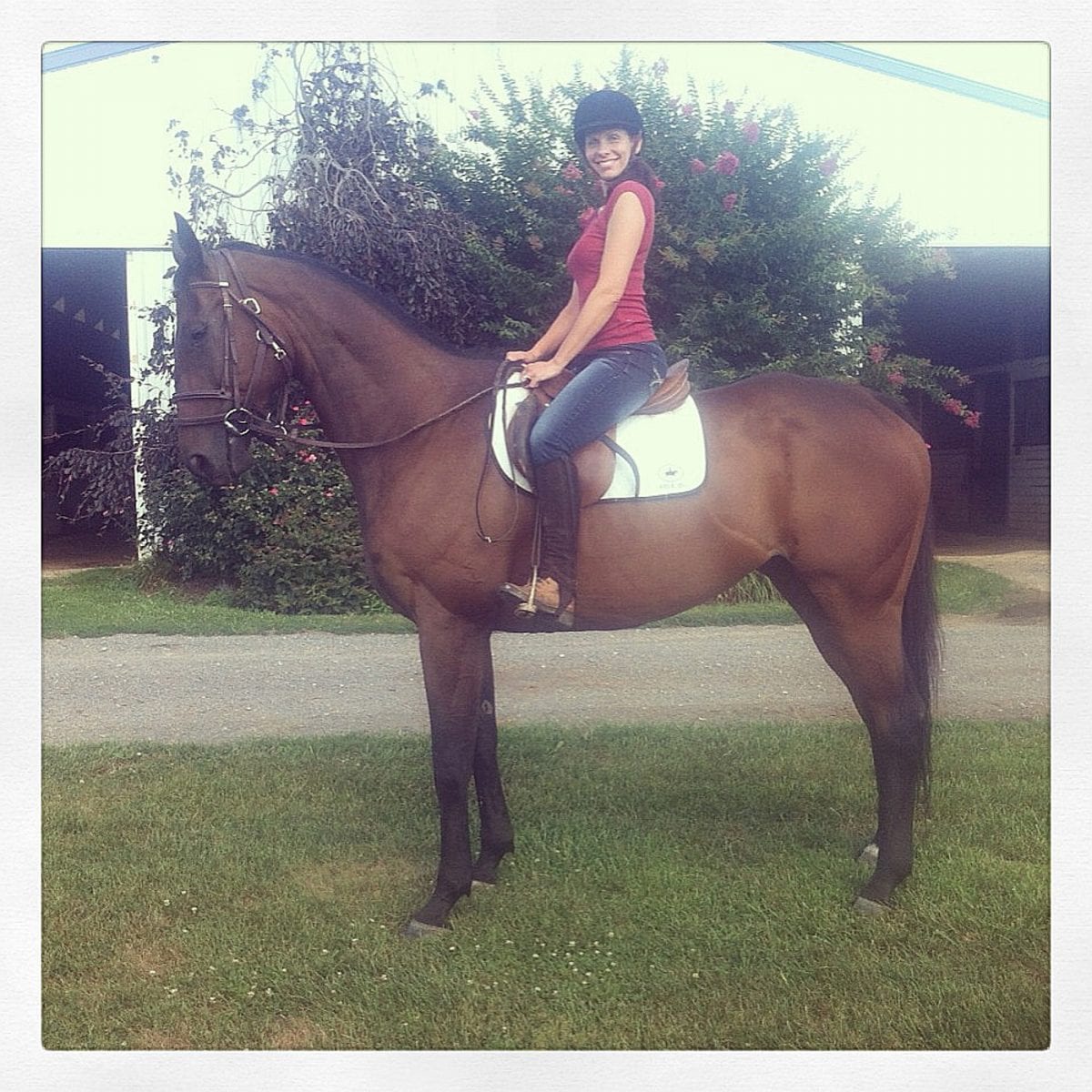 (Photo, of Heros Reward in retirement, by Foxie G Foundation.)

(Note: An earlier version of this story said that the celebration of Gretchen Mobberley would take place on Sunday, March 7.  In fact, March 7 — which is the correct date — is Monday and not Sunday.  We regret the error.)

A couple of longtime mid-Atlantic horsepeople passed away last week.

She and her late husband Jack — he died in 1995, at age 66 — teamed up to breed and/or train numerous good horses after moving to their Howard County farm, Summer Hill Farm.  Among those were graded winners Scotch Heather and Jet Stream.

Jack Mobberley retired from training in 1993, at which point Gretchen became the trainer of record, with assistance from their daughter Bird.  Gretchen went on to win 153 races as a trainer, logging purse earnings of over $2.8 million.

She was also a breeder of some success, most recently in the headlines in the 2000s as the breeder of Heros Reward, a son of Partner’s Hero who went on to earn over $1.3 million and become a multiple graded stakes winner.

A celebration of her life will take place Monday, March 7, at noon at St. Andrew’s Episcopal Church in Glenwood, Md.

On February 24, Nellie Mae (Stonnell) Cox passed away at her home in Goochland, VA, at age 75.

Cox began breeding horses in the 1980s and experienced considerable success.  That was capped by Showing Up, the son of Strategic Mission born in 2003 who went on to win seven of 10 career starts, two Grade 1 events among them, and earn $1,660,500 in his career.

“You can’t help but fall in love with them all,” she told Virginia Living magazine in 2011.


Cox and her husband Bobby founded S. B. Cox Inc., a Richmond, VA demolition contractor, in 1963.  They lived at Rose Retreat Farm in Goochland, VA.