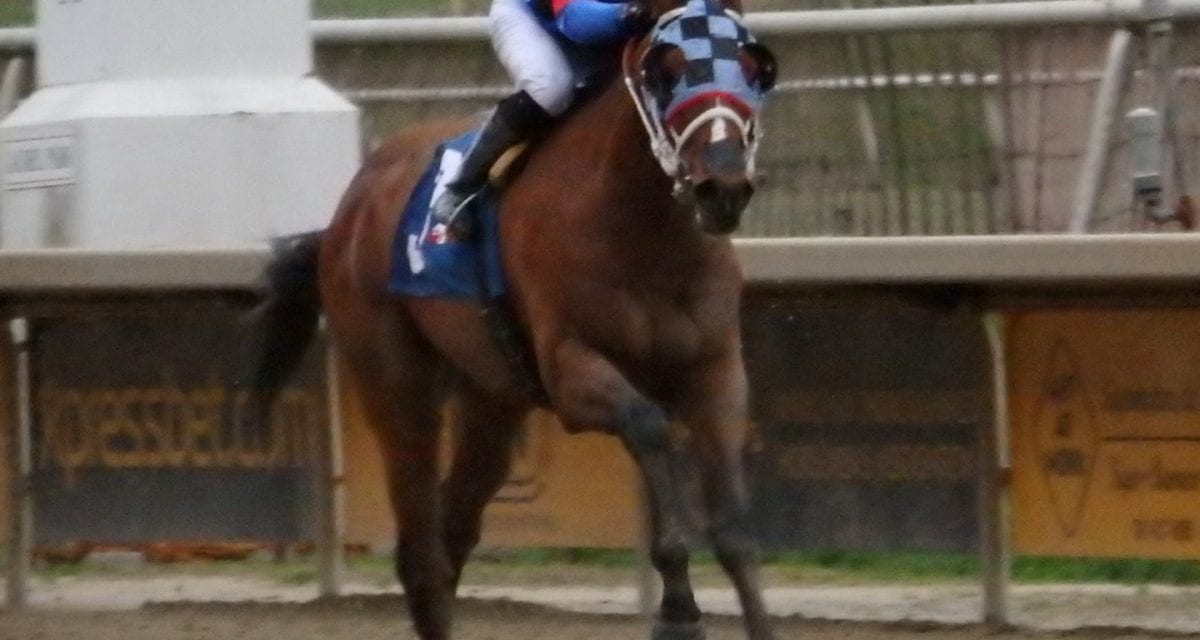 (Photo, of champion 3-year-old Noteworthy Peach, by The Racing Biz.)

The richest Maryland-bred runner of 2015, The Big Beast had an abbreviated four-start 4-year-old season. His sole win was a six-furlong allowance at Oaklawn Park on March 1 after a nearly seven-month layoff, his first start since his Grade 1 King’s Bishop Stakes score at Saratoga the previous August. Trainer Tony Dutrow mapped out a Grade 1 schedule for the rest of the year and, after just failing to hit the board when fourth in the Grade 1 Carter at Aqueduct in April, The Big Beast returned to Saratoga. He battled Rock Fall in the six-furlong Alfred G. Vanderbilt Handicap-G1, missing by a nose, and followed with a runner-up effort 28 days later to Private Zone in the Grade 1 Forego at seven furlongs. He earned $260,800 for the year, pushing his career total to $676,300 from nine lifetime starts. The 2014 Maryland-bred champion 3-year-old, he is the only champion in the class of 2015 to have earned a previous title.

Foaled at Green Willow Farm near Westminster, Md., The Big Beast is out of the stakes-placed Deputy Minister mare V V S Flawless. Retired to the breeding shed, he is now standing his first season at Ocala Stud in Ocala, Fla.