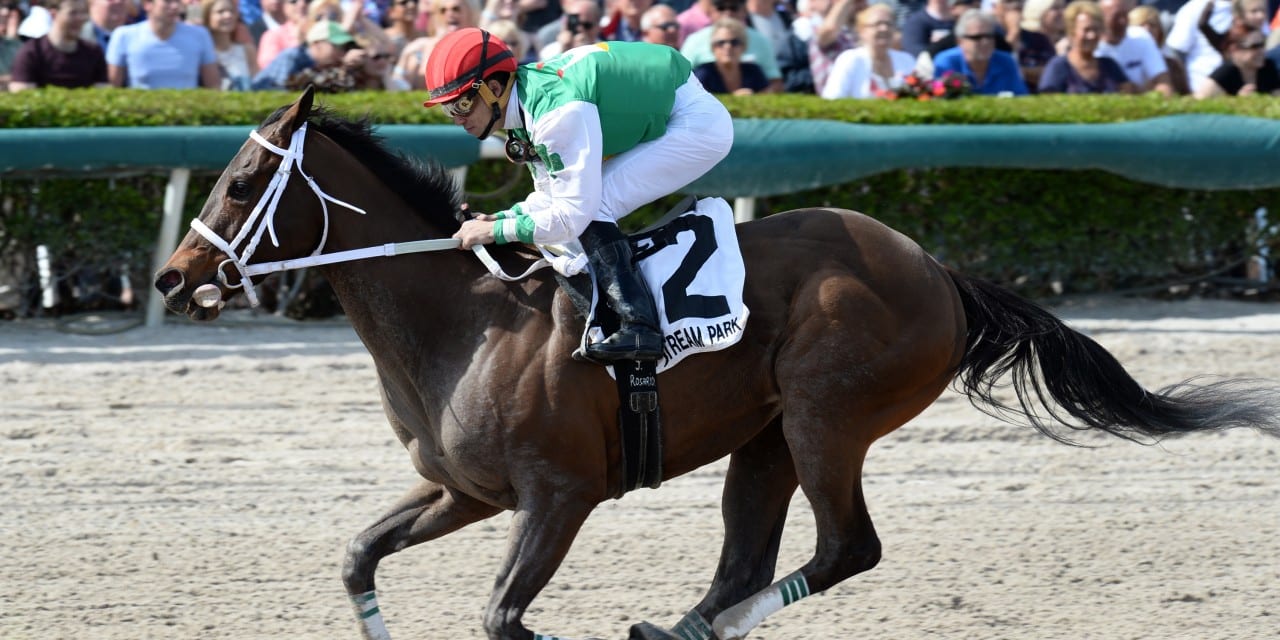 “Cathryn’s awesome,” Servis said. “She came out of the race super and licked the tub.”

Cash is King LLC’s daughter of Street Boss stalked the early leaders before making a three-wide sweep into the stretch and drawing off under a hand ride to score by seven lengths. The Maryland-bred filly has won all four of her career starts under hand rides by a combined 41 ½ lengths.

Servis was also impressed with the enthusiastic reception Cathryn Sophia received from the crowd while returning to the winner’s circle.

“That was awesome,” he said. “It’s exciting. It’s exciting to see that in the game. We don’t see enough of that.”

“It’s on the list. We’re going to give her some time out of the race and she how she is. I’ve nominated her for a few spots,” Servis said. “If I don’t think the Oaks fits, then we’ll do something else, but right now, it’s certainly the race we’re considering.”

Cathryn Sophia was bred in Maryland by Robert Manfuso.  After breaking her maiden at Parx Racing, she dazzled in a 16-length win in the Gin Talking Stakes at Laurel Park.  Since heading south to Gulfstream, she was won a pair of Grade 2 events decisively, the Forward Gal and now the Davona Dale.