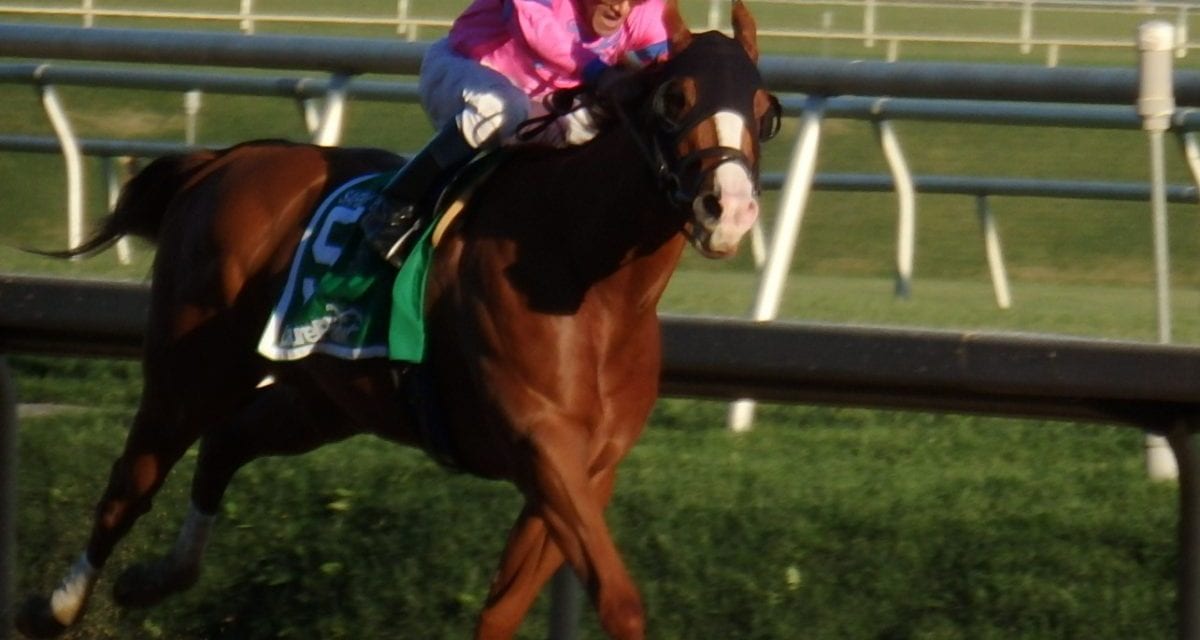 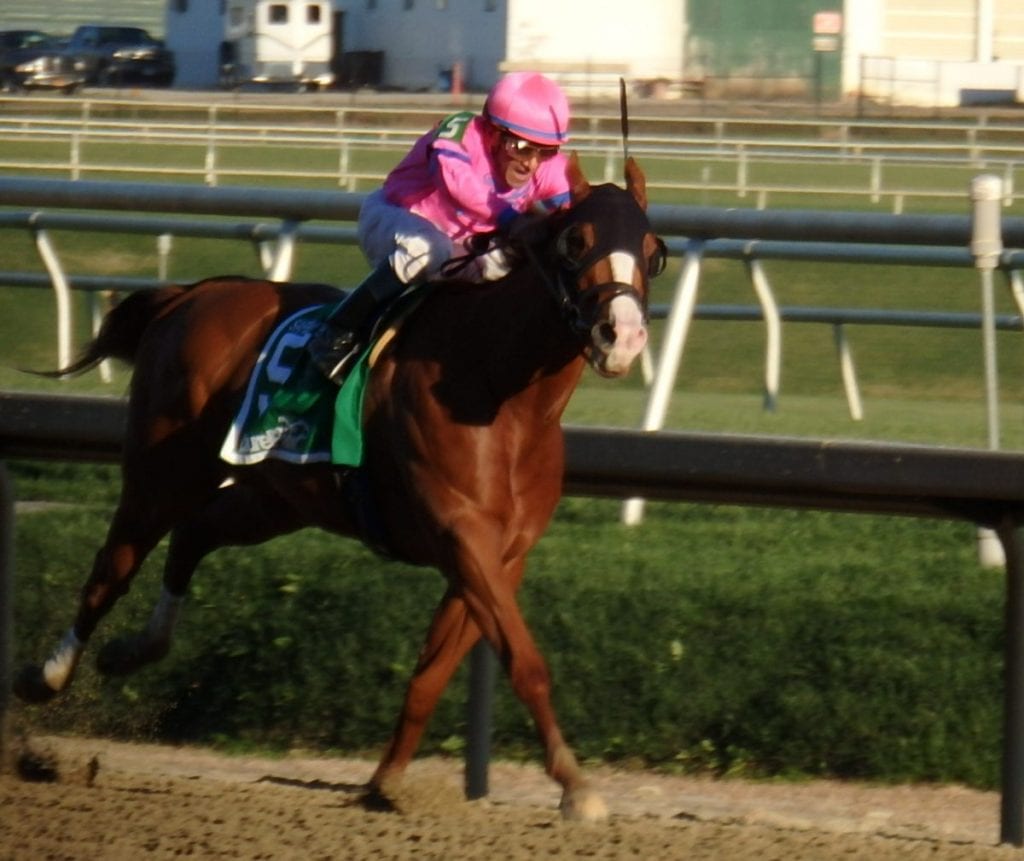 Hot City Girl devastated her rivals in the Safely Kept at Laurel Park. Photo by The Racing Biz.

Hot City Girl came in a package deal when half-sister La Verdad was purchased by trainer Linda Rice for the Lady Sheila Stable three year ago.

Originally scheduled to make her final career start in Saturday’s $300,000 Barbara Fritchie (G2) at Laurel Park, La Verdad was recently retired to begin her career as a broodmare, paving the way for her little sister to take center stage in the seven-furlong sprint that will kick off Laurel’s Winter Carnival Weekend.

Hot City Girl is slated to face six fillies and mares in the Barbara Fritchie, fresh off a sharp second-place finish in the $300,000 La Brea (G1) at Santa Anita Dec. 26. The 4-year-old New York-bred filly had won her three previously starts, including a front-running 8 ¼-length triumph in the Safely Kept Stakes at Laurel Park Nov.14.

“She was coming off a three-race win streak. She was really in good form and she loves seven furlongs. She was just coming off a win at Laurel going seven furlongs,” Rice said. “I took her out there, (the La Brea) being the last Grade 1 three-year-old filly race of the year. We were hoping for a Grade 1 win for her broodmare value. Of course, we got second, but we got close.”

Hot City Girl set the pace in the La Brea into deep stretch before succumbing to Birdonthewire by a half-length.

“But there are a lot of differences, too. Mentally, they’re different,” said Rice, noting that the siblings have been pleasures to have in her barn. “Hot City Girl is a little more high-strung than La Verdad. La Verdad, she’d just walk around the paddock and not turn a hair. She has such a steel mind on her. Hot City Girl, like her name, is a little more high-strung.”

Rice, though, has seen vast improvement in Hot City Girl.

“She’s improved dramatically from 2 to 3. At some point, I’m going to give her a little vacation, but I expect she’ll show more improvement down the road,” said Rice, who named Jose Ortiz to ride the Charles Town Oaks (G3) winner.

The daughter of Majestic Warrior came back from a 5 ½-month layoff to capture the Pumpkin Pie Stakes at Belmont Park Nov. 1 by 7 ¼ lengths and the Willa On the Move Stakes at Laurel Dec.5 by 1 ¾ lengths.

“She’s doing great,” Graham said. “We’ve had a little time off because her eye flared up on her after the last race, so we missed a few days. That’s making it a little harder, but everybody has to deal with the same things, so you do what you have to do.”

Lady Sabelia has won 10 of 18 career starts, including seven wins from 12 races at Laurel Park. The Kentucky-bred mare, who will be ridden by Horacio Karamanos, has won seven stakes, five at Laurel.

Barry K. Schwartz’s Grade 1 stakes winner Princess Violet is scheduled to make her third start off a six-month layoff in the Barbara Fritchie. The 5-year-old New York-bred daughter of Officer, who captured the Madison (G1) at Keeneland last April, finished second in the Garland of Roses Dec. 5 before checking in fourth behind Le Verdad in the Interborough. Prior to winning the Madison, the Michael Hushion-trained mare finished second behind Lady Sabelia in the Barbara Fritchie.

Trevor McCarthy has the mount aboard Princess Violet, who has finished first or second in 11 of 14 career starts.

Trainer Kiaran McLaughlin is planning on shipping both Dancing House and Clothes Fall Off from New York to Laurel in search of Grade 2-stakes credentials in the Barbara Fritchie.

Godolphin Racing’s Dancing House, a Grade 1 stakes-placed filly as a 2-year-old, returned from an eight-month layoff to finish second behind La Verdad in the Interborough Stakes in what would prove to be the winner’s final race Jan. 9 at Aqueduct.

Kendrick Carmouche has the return mount aboard the 5-year-old daughter of Tapit.

Cheyenne Stables and partners’ Clothes Fall Off, an ultra-consistent 4-year-old filly who has finished first or second in eight of her nine career starts, is coming off a track record-breaking performance at Aqueduct Jan. 14. The daughter of Daaher ran 5 ½ furlongs in 1:02.89 while winning an allowance race by 1 ½ lengths.

Laurel-based Jevian Toledo picked up the mount aboard Clothes Fall Off.

Treadway Racing’s Wonder Gal, a multiple Grade 1 stakes-placed 4-year-old filly trained by Leah Gyarmati; and BB Horses’ Sweet On Smokey, who captured the What a Summer Stakes at Laurel Jan. 2, round out the field.

The Maryland Racing Media is slated to be contested by a field of eight fillies and mares, including Barry K. Schwartz’s Mei Ling, a Todd Pletcher-trained 5-year-old who finished second in the Ladies Handicap at Aqueduct Jan. 10.