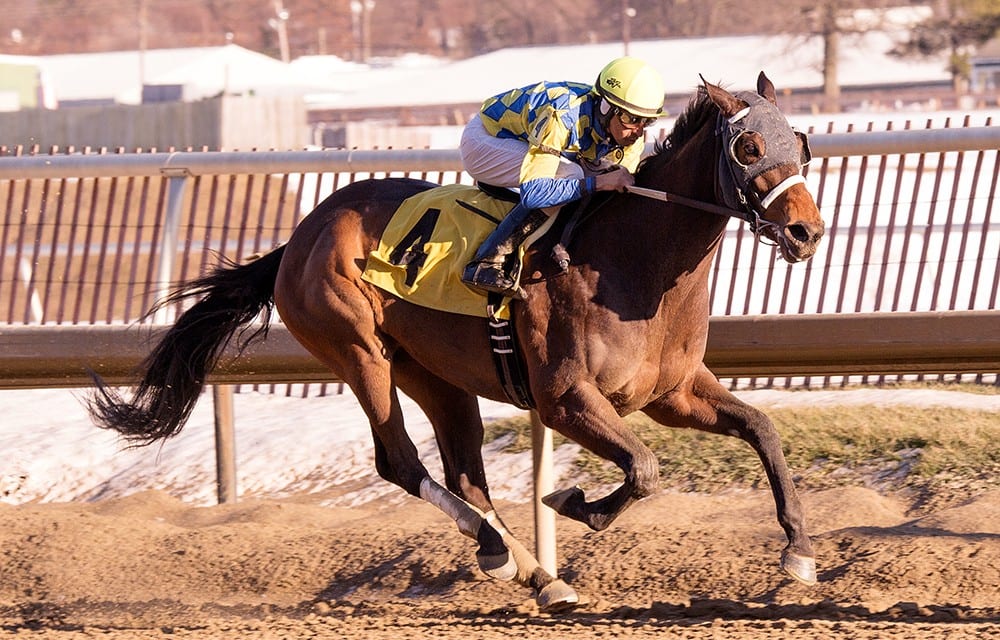 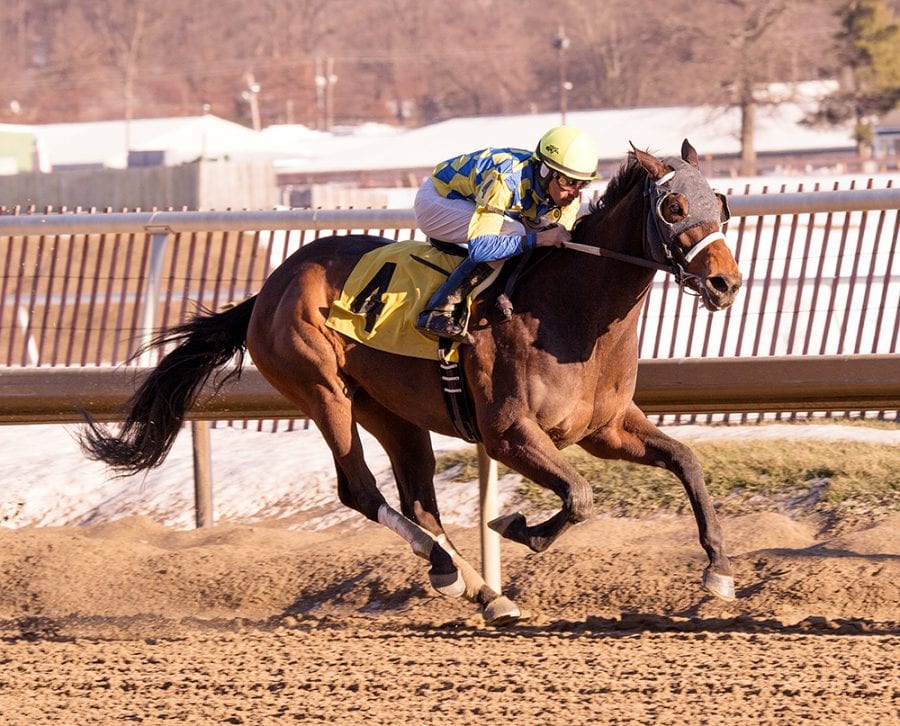 Fitzhugh LLC homebred Candida H. swooped up five wide on the turn and drew off to the first stakes win of her career in the $75,000 Conniver Stakes for Maryland-bred fillies and mares today at Laurel Park.

That made for a happy 35th birthday for jockey Julian Pimentel, who won two on the day, both for trainer Michael Trombetta.

It was the four-year-old daughter of Lemon Drop Kid’s first win since April in just her fourth subsequent start.  But it was also the hoped-for plan all along, Trombetta said.

“I was kinda hoping that, you know, we knew this race was out here,” Trombetta said.  “We wanted to put a couple of races in her prior to this point.   This was a test, and she passed it.”

Candida H. tracked the early leaders from fourth-place, while the speedy Brenda’s Way led the way through a quarter-mile in 23.18 seconds and a half mile in 46.19, while Eddy Gourmet and favored Lionhearted Lady chased one to two lengths behind.

Rounding the turn, Pimentel guided Candida H. outside the leaders and turned her loose.  That marked something of a change in tactics from her last race, in which she finished a disappointing second as the favorite.

“We don’t know whether she hung or whether she regressed off a big race prior,” said Trombetta.  “It was one of those situation where he kind of eased up to the horse, and then the horse had a little more to give, and I think it caught [Candida H.] by surprise.”

Today, on the other hand, it was Candida H. who caught her rivals by surprise.

“I think today, off of that, [Pimentel] changed his tactics a little bit,” said Trombetta.  “When he decided to let her run, he got everything he could out of her as quickly as he could.”

“I had a great trip,” Pimentel said simply.

That quick move put her in front by the furlong grounds, and she widened her advantage from there, finishing 2 1/2 lengths in front of her nearest rival, stopping the clock in 1:24.05 for seven furlongs.  Brenda’s Way held second, while longshot Miss Bullistic rallied into third.  The favorite, Lionhearted Lady, finished fourth.

The win continued an impressive, stakes-winning tradition from this female family.

In other words, Candida H.’s past is glorious — and her future isn’t looking too shabby, either.

While Trombetta said he did not have a specific plan in mind, he did allow, “I think she’ll go further.  We did run her once on the grass to give her a race, and she handled it well.  Hopefully, she stays well and in the spring we’ll have some options.”