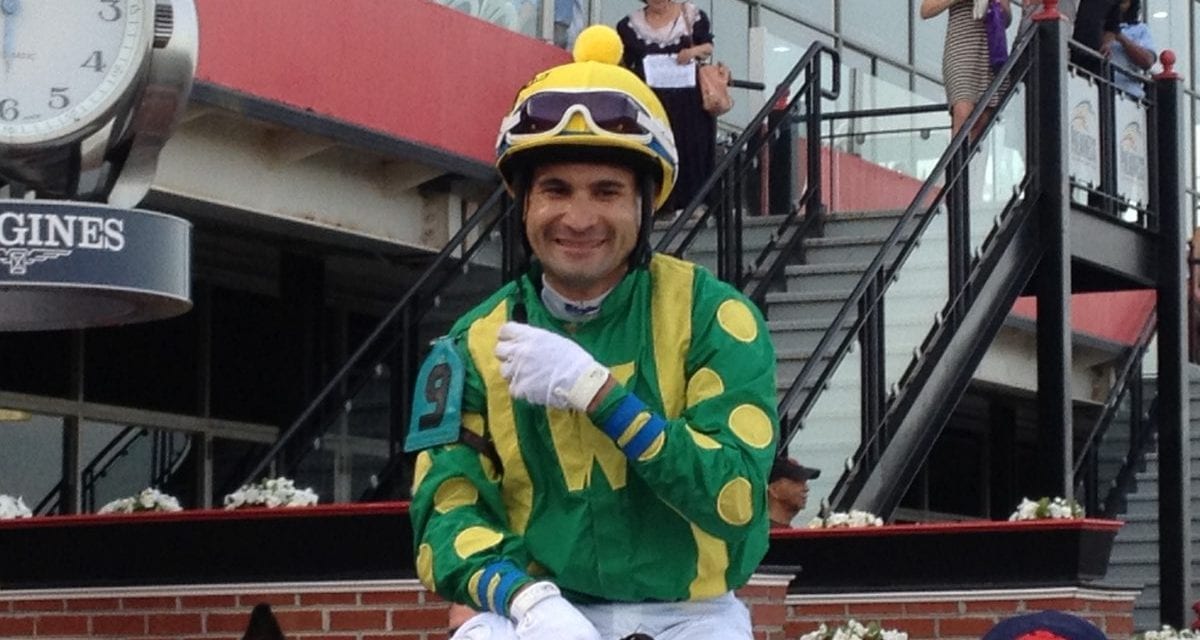 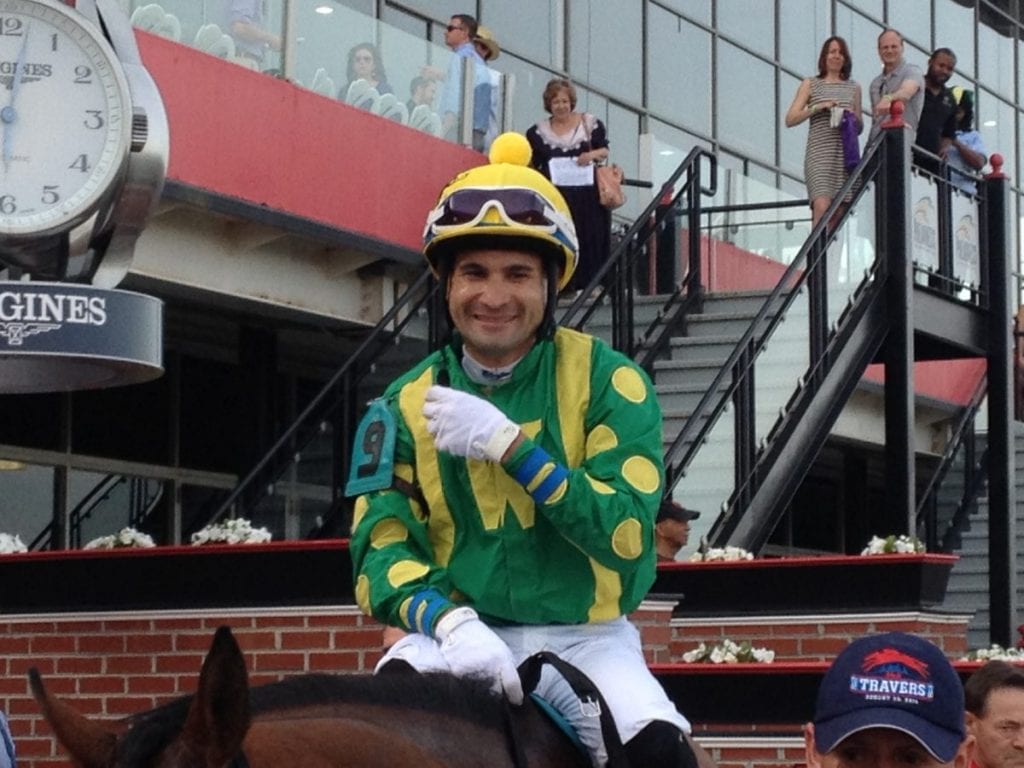 Jockey Xavier Perez will get a leg up aboard Fridays Gift in Monday’s second race, marking his return to racing after testing positive for amphetamines on January 15.

Perez will also have a mount in Monday’s third, aboard Spunky Cat.  Both horses are trained by Annette Eubanks.

“I feel awesome,” Perez said Friday afternoon.  “I can’t wait to get back on the horses.  I’ve been going crazy stuck in the house.”

Perez, 28, tested positive following a January 15 race at Laurel Park in which all jockeys were required to submit to a urinalysis.  Perez was the only jock in the race with a positive; rider Nik Juarez also was suspended after failing to provide the required sample.  Juarez returned to riding on Friday, piloting Alpha Dude to a runner-up finish in the fourth race at Laurel Park.

Racing Commission rules require licensees suspended for drug violations to submit a clean test and attend counseling.  A counselor must then tell the stewards that, in his or her opinion, the suspended licensee is now clean and is not a health or safety concern.

As was the case with Juarez, Maryland Jockey Club officials additionally required Perez to sign a waiver allowing the track — as well as Racing Commission stewards — to conduct random drug testing of him.  Perez said he was not troubled by the added requirement.

Perez said that he had taken “diet pills without knowing everything that was in them.”  He said that the pills were manufactured by Medix, a Mexican pharmaceutical company whose Redotex weight loss drug has been the subject of an FDA import alert.

When his test came back positive, he said, “I told the officials right away that I took a pill to lose weight.”

Perez is winless from 16 mounts thus far in 2016.  In his career, he was won 735 races with purse earnings of more than $17 million.  He enjoyed his best season in 2013, when he won 133 races from 799 starts with purse earnings of $3.8 million.  He also won three graded stakes that year, including the Grade 1 Ballerina for his lone Grade 1 score, aboard the speedy Dance to Bristol.

Now, though, he expects the road back to be a challenging one.

“It’s going to be hard,” he said.  “I am really confident that I can build my business back up.  But I’m going to have to do it like I’m starting from the beginning again.”

Perez, who apologized to “the owners, trainers, my agent J. D. Brown, the Maryland Jockey Club — to everybody I let down,” said that he has learned at least one useful lesson during the suspension.

“Me as an athlete, I have to have discipline,” he said, “and keep my right weight to feel strong.”