Fasig-Tipton sale: Will the buyers show? 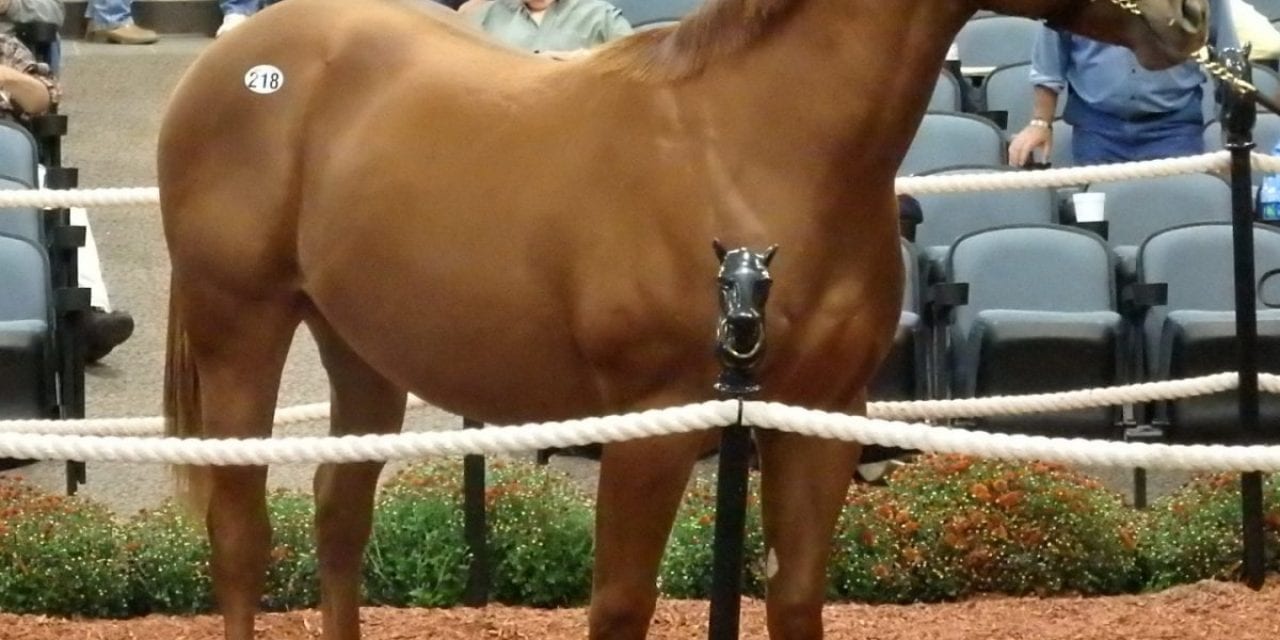 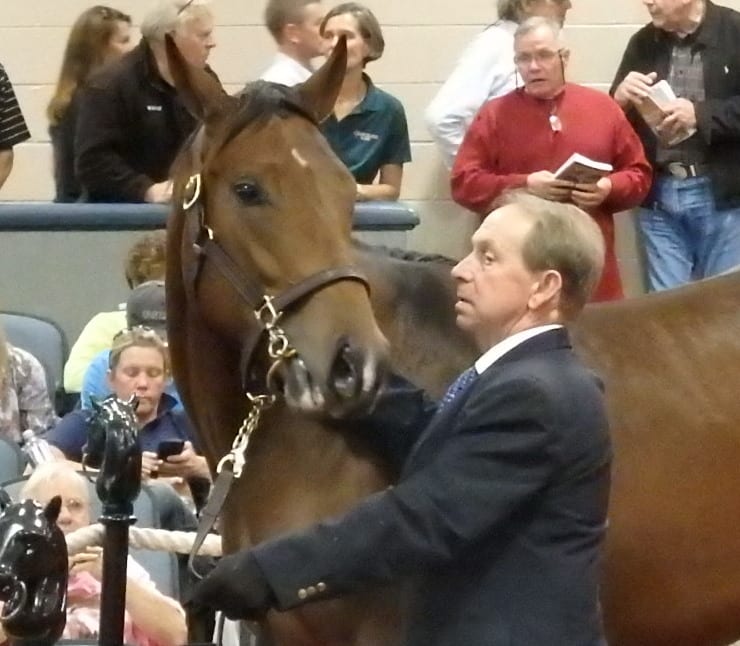 A yearling checks out the sale scene. Photo by The Racing Biz.

On the December day when the Fasig-Tipton Midlantic Winter Mixed sale typically would have been held, temperatures reached 63 degrees in Timonium, MD, where the sale takes place.

Fortunately for the company, this coming Sunday, when the sale actually will take place, is forecast to be relatively mild, with the mercury topping out at 47 degrees, and partly cloudy with little chance of precipitation.  Bidding begins at 11:00 a.m.

That takes care of one worry.

The other big question is one which only can be answered when the sale takes place: will the buyers show up?

And that’s the question which will determine whether the sale, with 167 hips cataloged (23 of which have already been withdrawn), succeeds or not.

So is consignor Bill Reightler, who has compiled the event’s largest consignment, with 53 hips slated to go through the ring.

“I really wasn’t opposed to moving [the sale],” Reightler said.  “And so far, people seem to be interested.”

“It’s an interesting twist,” added Bob Manfuso, who, with Katy Voss, owns Chanceland Farm, which is consigning seven horses.  “I have no problem when you’re trying to do new things.  It’ll be fascinating to see what the response is.”

After last year’s sale saw volume drop by a third, it made sense to change things up.

Bennett trumpets the sale’s diversity — “There’s always something for most tastes and pocketbooks,” she said — and while some of that is the nature of the beast at mixed sales, it’s also true that this sale does seem have a wide range of equine offerings.

Chanceland, for example, has a trio of yearlings on offer, including a Maryland-bred Girolamo colt out of a sparkling female family (Hip 75).  Girolamo stands at Darley in Lexington, KY, for $15,000.  “A solid bunch of yearlings,” Manfuso said,

Reightler has a bevy of yearlings by promising local sires like Friesan Fire, Street Magician, and Freedom Child, ticking the regional prospect box.

Another yearling that straddles both worlds is Hip 107, a colt by Maryland-based sire Plan out of Merriweather, by Opening Verse; Merriweather is the dam of three stakes horses, including stake winner Vielsalm, who earned over $250,000.

If short yearlings don’t tickle a buyer’s fancy, he or she will have plenty of other options: the sale also has broodmares and broodmare prospects, as well as horses of racing age.

On the bloodstock side, Reightler has several about which he’s excited, foremost among them the broodmares from Glade Valley Farm.  The estate of Howard and Sondra Bender, the couple who owned the farm, is dispersing the farm’s broodmares, putting plenty of productive mares with stellar pages into the mix.  Reightler also is optimistic about Hip 15, a Malibu Moon mare offered as a broodmare prospect; she’s by a hot sire and is a half-sister to three stakes horses and a stakes producer.

Likewise, Manfuso pointed to Hip 17, a Not for Love mare believed to be in foal to Freedom Child, as “a good, solid regional prospect.”  Her female family includes second dam Buffels, a 12-time winner of three stakes and nearly $400,000, and several other ultra-productive regional runners.

Speaking of runners, the horses of racing age category perhaps represents a more significant slice of the sale than in years past.  The most accomplished of the group is Chublicious (Hip 157), who’s earned nearly $170,000.  The group also includes what may be some promising bargain pickups.

The later date, Bennett pointed out, may make buyers more interested in two-year-olds and turf horses; both are closer to their next (or first) start than they would have been at a December sale.

Both Reightler and Manfuso agree that this sale may play out in a manner similar to other recent sales: with the good horses bringing fair value, while some of the lesser offerings struggle to find a market.

“We have an obvious problem in the lower end of the market,” said Manfuso.  “Those buyers just aren’t there.”

“My read is the economy is still sort of puttering along,” Reightler noted.  “People have to feel more secure about things before they make a long-term investment like a broodmare.”

Reightler added, “We’re still going through an adjustment in the market.  But at the same time, it offers buyers a chance to buy stock at a discount.”