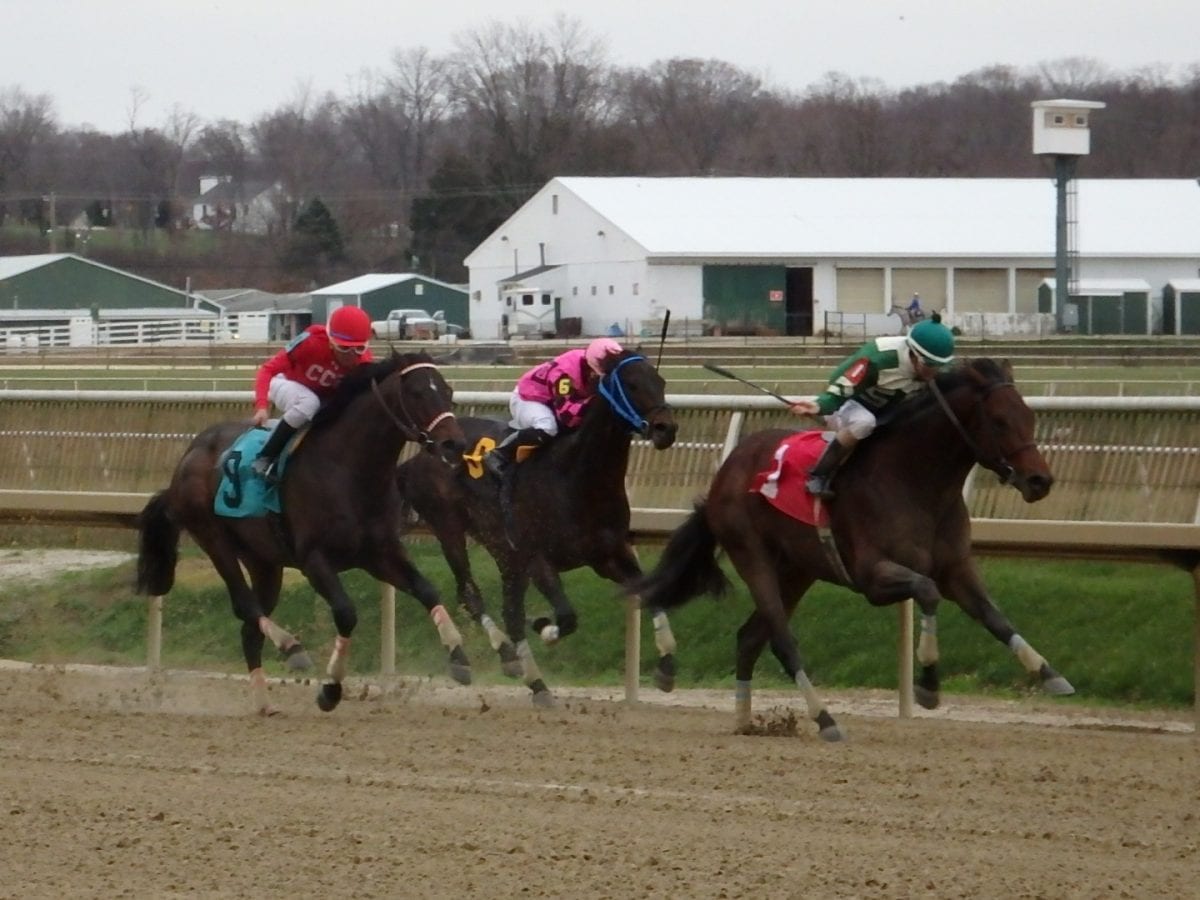 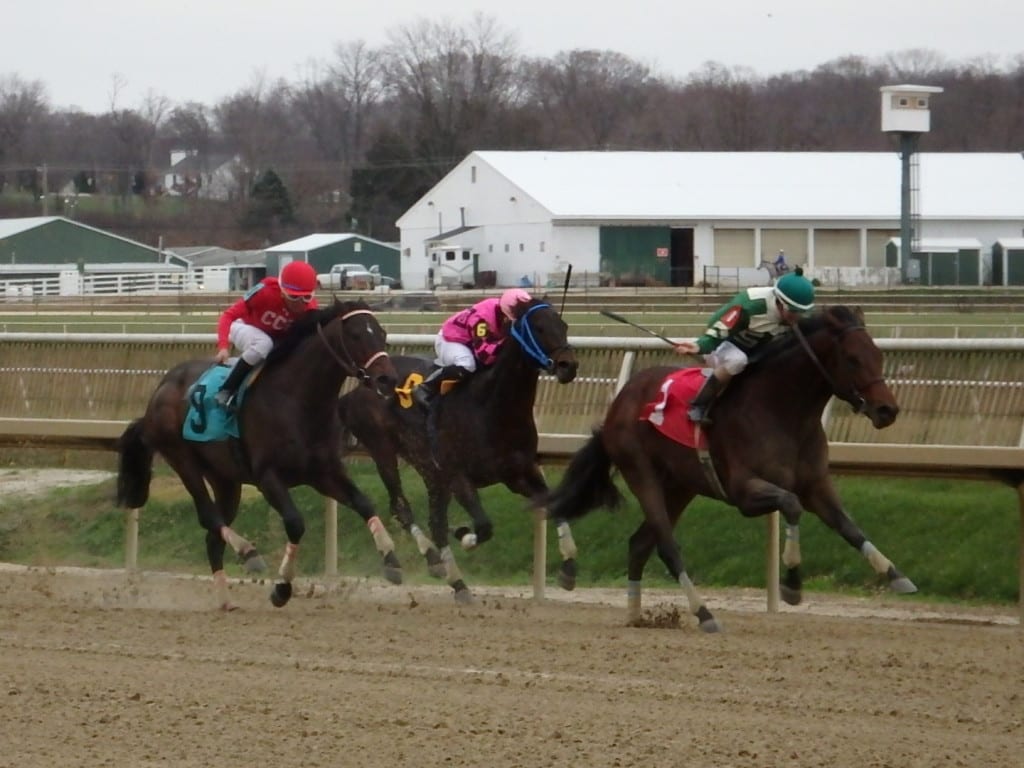 A pair of three-year-olds bested their elders in open stakes today at Laurel Park — and both may next show up Laurel Park’s graded sprint stakes over President’s Day weekend.

In the $100,000 Dave’s Friend, Always Sunshine parlayed a perfect trip under jockey Frankie Pennington into a 1 3/4 length victory over Majestic Hussar, with Beach Hut another three-quarters of a length back in third.  Favored Heaven’s Runway finished fourth.  Running time for six furlongs was 1:10.02.

It was the first stakes win for the Florida-bred West Acre colt and the second straight triumph.  He previously had run sixth, though beaten less than four lengths, in the City of Laurel Stakes over the strip and now has three wins from eight starts with total earnings of more than $150,000.

“He’s a big, big dummy, and it’s taken him a while to kind of get his act together,” said winning trainer Ned Allard.  “He kept getting himself in trouble, some bad spots.”

With Pennington aboard last out, Always Sunshine logged a 13-length score in allowance company at his Parx Racing base.  Today, breaking from the one-hole, he sat third behind the early speed of Beach Hut and Majestic Hussar.

Majestic Hussar took over rounding the turn but drifted out entering the lane, providing an inviting seam for Pennington and Always Sunshine.  They burst through it and wore down Majestic Hussar for the win.

“He really ran very well in his last start with Frankie on him, and I was tickled pink that he was able to come down and ride him today,” said Allard.  “He really fits this horse well, I think.  He’s able to get him up on the bit and get him real interested.”

As for his next move, Allard said, “I’d have to think possibly the [Grade 3] General George.”

Five races later, in the $100,000 Thirty Eight Go Go Stakes for fillies and mares, Athena got through inside to defeat longshot Bound by a length, with Paulassilverlining another half-length back.  Favored Stroke Play was sixth.

“She’s a lovely filly to be around,” said winning trainer Helen Pitts.  “She’s just gotten better and better as the year’s gone on.”

It was Athena’s third straight win and her first in stakes company.  She has now won four of 10 career starts and moved her earnings past the $170,000 mark.

Athena stalked the pace from fifth, just a couple behind early leader Walk of Stars through a moderate half-mile in 48.14 seconds.  It appeared in mid-stretch that Bound was going best of all, but once Athena found running room inside, she closed stoutly under Julian Pimentel to earn the win.

It was the first stakes try for the daughter of Street Sense and made for a happy homecoming for Pitts, a Maryland native.

“It means everything in the world to be able to come home and win a race like this,” she told interviewer Stan Salter after the race.

And, she said, it may not be Athena’s last visit to central Maryland.

“She’s run well here and she seems to be doing good, so it [running in the Grade 2 Barbara Fritchie Stakes] would be something to consider,” Pitts said.