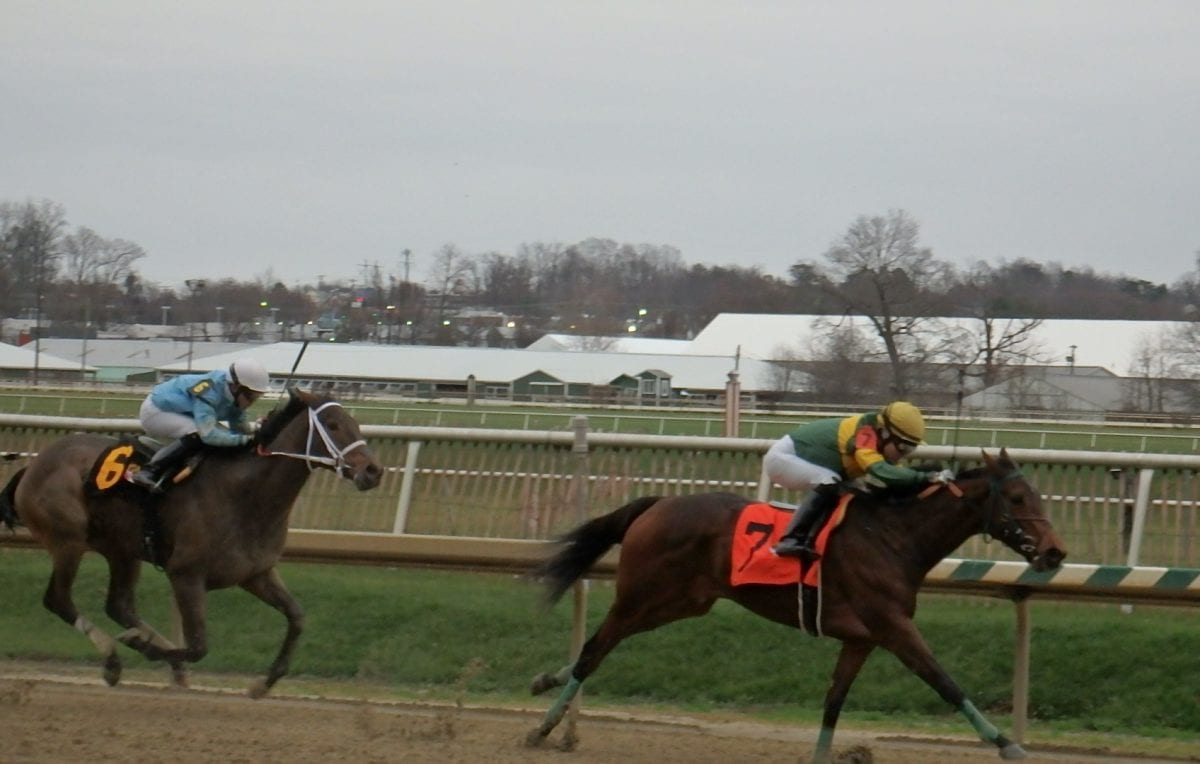 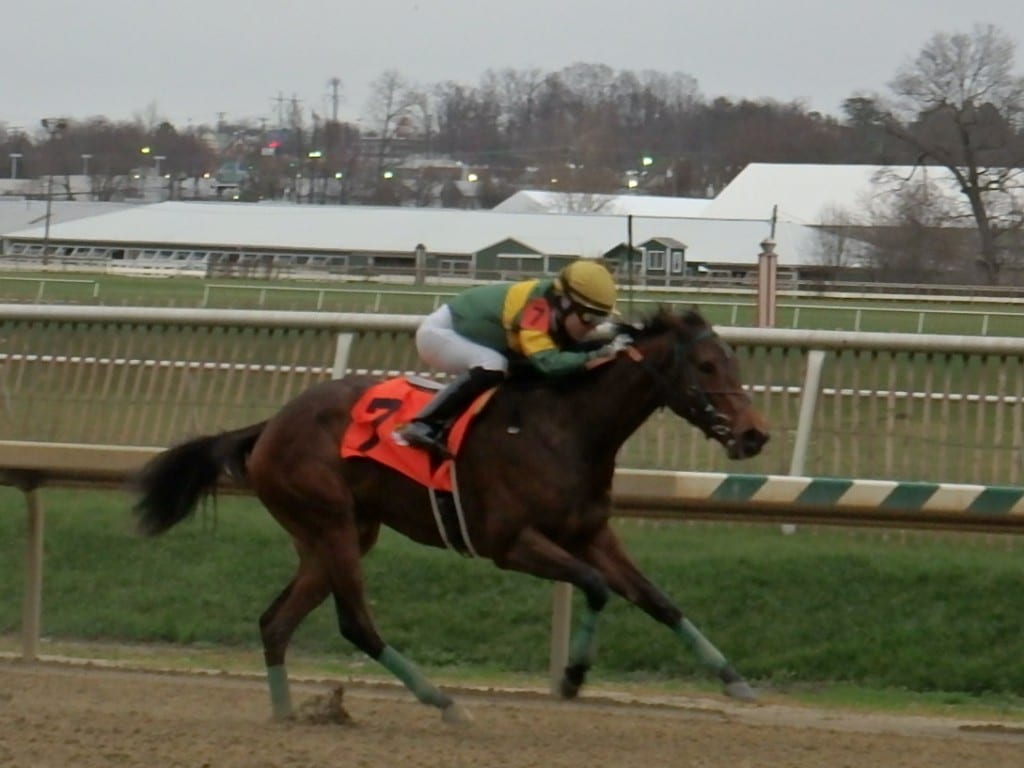 That left Lexington Street, winner of three straight, including the Maryland Million Lassie, the overwhelming 1-5 favorite in the field of seven going seven furlongs.

But Lexington Street’s late rally was too little, too late this time, as 5.70-1 Look Who’s Talking spurted away to a big lead and had enough in reserve to hold off that rival and win by 1 1/2 lengths.  Jump for Love was three lengths farther back in third.  Running time for the seven furlongs was 1:25.50.

If I Was a Boy grabbed the lead out of the gate, with pace pressure from longshot Princess Talia.  That pair zipped through a quarter in 23 4/5, with Look Who’s Talking, with Forest Boyce up, biding her time in third.

Look Who’s Talking moved into second, just a half-length back, after a half in 48 2/5, and then surged to a four-length lead at the stretch call.  It was her first stake victory in her fourth try in added money company.  She had previously run second behind the speedy Ruby Notion in the off-the-turf Selima, and was fifth, though beaten just four lengths, in the grassy Grade 3 Miss Grillo.

Look Who’s Talking was bred in Maryland by her owners, Skeedattle Associates.  She’s by Cape Blanco, out of the stakes-placed Dixie Union mare Smooth Talking.

Asked if Look Who’s Talking is better on turf, Graham replied, “Maybe, so far.  But who knows, it could be a long spring.”