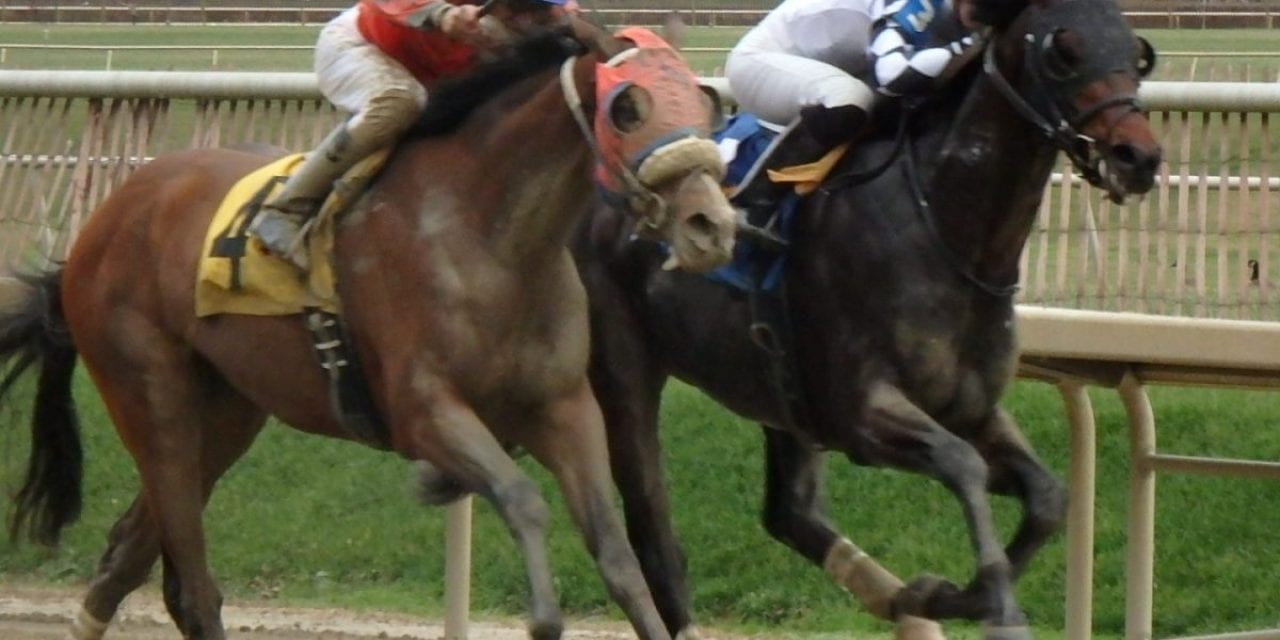 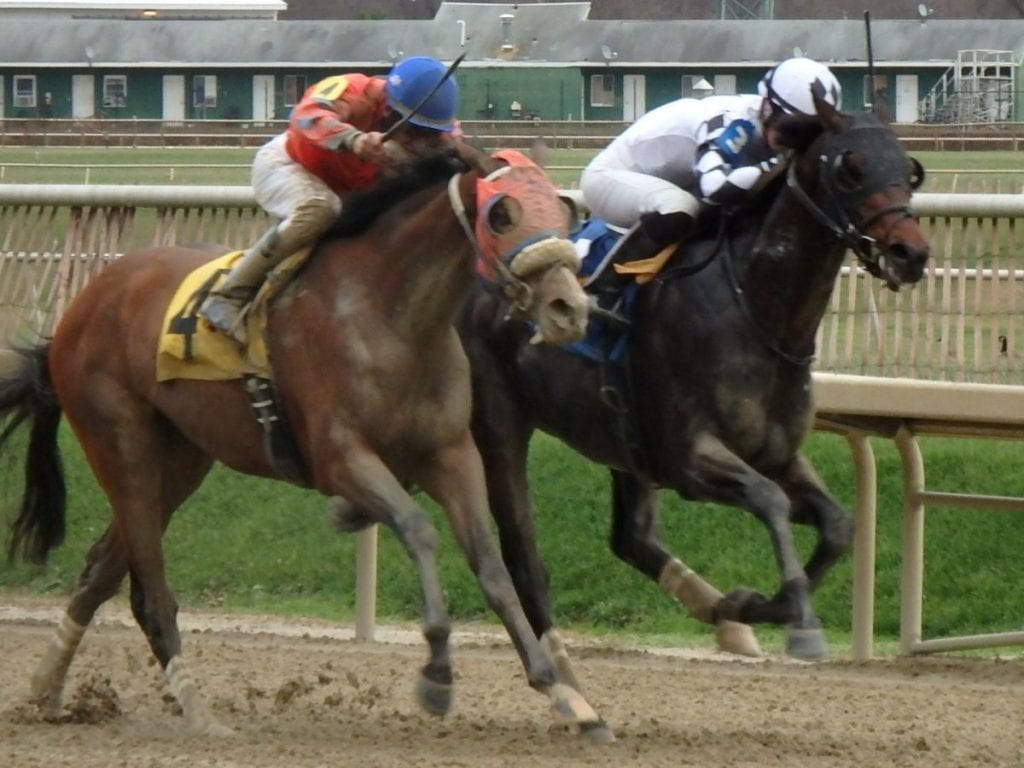 Ravenheart (inside) held off Flash McCaul to win the Maryland Juvenile Futurity. Photo by The Racing Biz.

They reconvened Saturday in the Maryland Million Juvenile Futurity, with entirely different results.

This time, Ravenheart, a 2-year-old colt owned by Olympic gold medalist and world champion skier Bode Miller, took the lead at the top of the stretch Saturday to win the $50,000 Maryland Juvenile Futurity by a head over a closing Flash McCaul.

Flash McCaul, who was also second in the Nursery, has now finished second in four consecutive races.

Ravenheart, a son of Dance With Ravens trained by Francis Abbott III and ridden by Forest Boyce, covered the seven furlongs in 1:25.64.

“He really impressed me,” said Boyce.  “In the morning I just didn’t think that highly of him.  But today he had to grind it out. I kept finding horse, which is a good thing.”

Ravenheart, who runs under Miller’s DB Dojo LLC, won his debut Oct. 3 at Delaware before finishing fourth at Laurel in the Maryland Million Nursery at six furlongs Oct. 17 and sixth at 1 1/8 miles Nov. 28 in the Remsen (G2) at Aqueduct.

“We thought he deserved a shot to run in the Remsen,” Abbott said. “It was tough to get him to cut back after trying to get him to relax that extra quarter mile, so to come back – we had to sharpen him up a little bit and put a little bit of speed in him – was great. He’s game and he dug deep today.”

Miller, who was not in attendance, “sent us about seven 2-year-olds and they all just got running recently so it’s a lot of fun,” Abbott said. “[Miller] was lucky enough to be here in middle of December to see one win. To have this horse win today was great.”