In the De Francis, a tough call but the right one 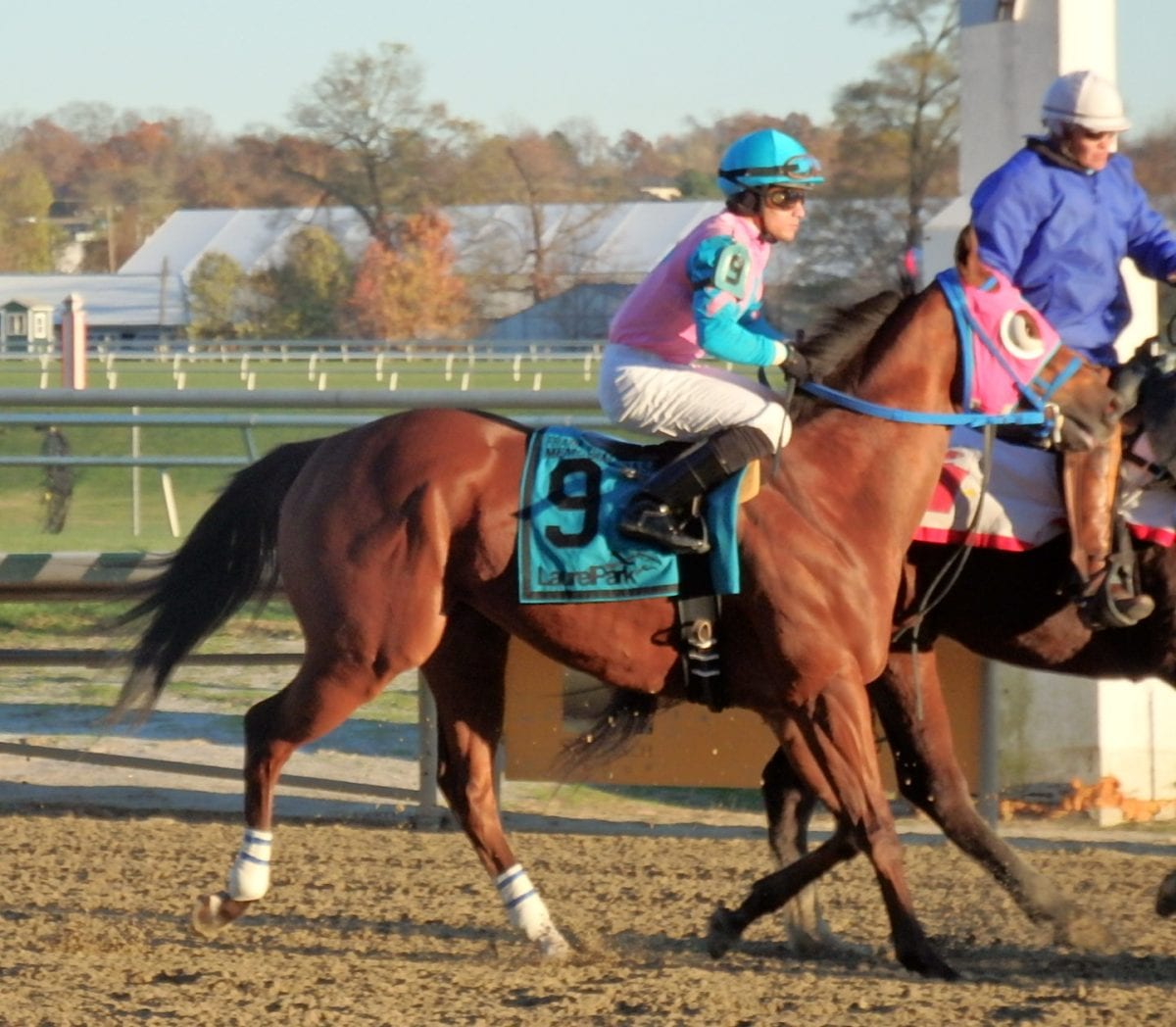 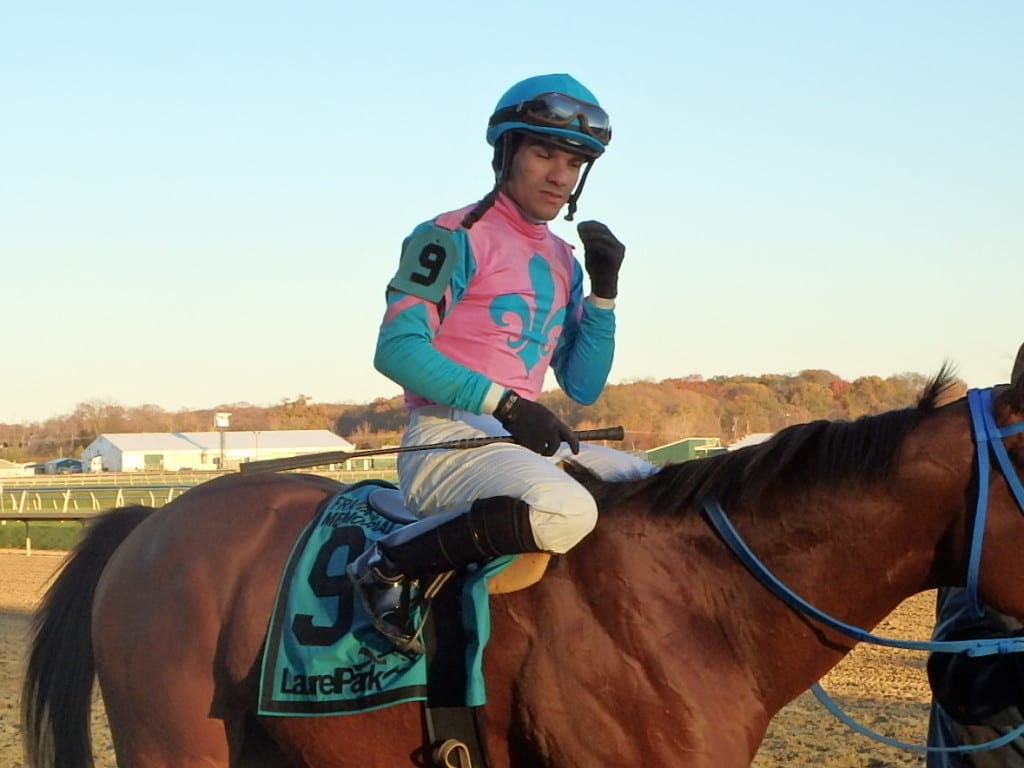 Joshua Navarro saw the biggest win of his career erased via disqualification. Photo by The Racing Biz.

Joshua Navarro had a faraway look in his eyes.  His voice was just above a whisper.

“It sucks,” he said plaintively.

Moments earlier, he thought he had secured the biggest victory of his career when he piloted Trouble Kid to a front-running, three-quarter length victory in the $350,000 Frank J. De Francis Memorial Dash Saturday at Laurel Park.

Then the stewards hung the inquiry sign.  Jockey Daniel Centeno, aboard Gentlemen’s Bet, filed an objection.

Then came a seemingly interminable wait.  The hoots and hollers of Trouble Kid’s connections, owner Barbara Hopkins and trainer Ramon Preciado, died down, replaced gradually by a look of growing concern.

Trouble Kid headed to the test barn.  So did Gentlemen’s Bet.  Centeno went to the jocks’ room.

Then the announcement: a change made.  Trouble Kid disqualified from first and placed second.

“I think I should have been left up,” Navarro said.  “I had the best horse.”

Trouble Kid, a $15,000 claim — out of a maiden race he didn’t win — back in July, entered with a four-race winning streak that included wins in the Grade 3 Gallant Bob and the Valley Forge, both at Parx Racing.  He broke quickly and immediately had the jump on his rivals.  Three of those were in a line inside of him: the eight-horse, Gentlemen’s Bet; the two, Stallwalkin’ Dude; and the three, Palace, the 3-2 favorite.

As Trouble Kid inched ahead of those, Navarro aimed him on a diagonal towards the rail, but he cut the angle too tightly.  Centeno was forced to take up and move outside to rally.  Palace and Stallwalkin’ Dude banged into each other.

Going to the lead was a key to Navarro’s game plan.  That’s where Trouble Kid has done his best racing, and this edition of the De Francis was light on early speed types.

“I tried to get my position right away, clear position, to give him a little break around the turn,” Navarro explained.

But cutting off his rivals wasn’t part of that plan.

“He [Centeno] knew already that was going to happen, so he should have taken back,” Navarro said.  “When I came over, I was already in front of him.”

That’s not how the stewards saw it, however.

“The 9-horse (Trouble Kid), he came over,” said chief steward Adam Campola.  “He’s got three horses inside of him. By the time he’s finished coming over, there’s only two inside of him. He caused the 8-horse (Gentlemen’s Bet) to snatch out of there.”

Campola didn’t say as much, but what might have caused the lengthy delay wasn’t the decision to disqualify but the question of where to place Trouble Kid.  Both Stallwalkin’ Dude and Palace were also affected by the trouble the Kid caused, but the stewards judged that to be insufficient to drop Trouble Kid behind them.

“We thought the 3 and the 2 were able to hold their ground,” Campola explained.  “But the 8, he had to get out of there or he was in trouble.”

It was a tough decision, Campola allowed, but no tougher than other decisions to disqualify horses.  “We did what we thought was right,” he added.

Meanwhile, back near the winner’s circle, Navarro’s eyes remained fixed on a point far, far away, his voice sinking even further.

“I mean, when the 8-horse get to me turning for home, he took off again,” he said of his mount.  “Nice horse… nice horse.”