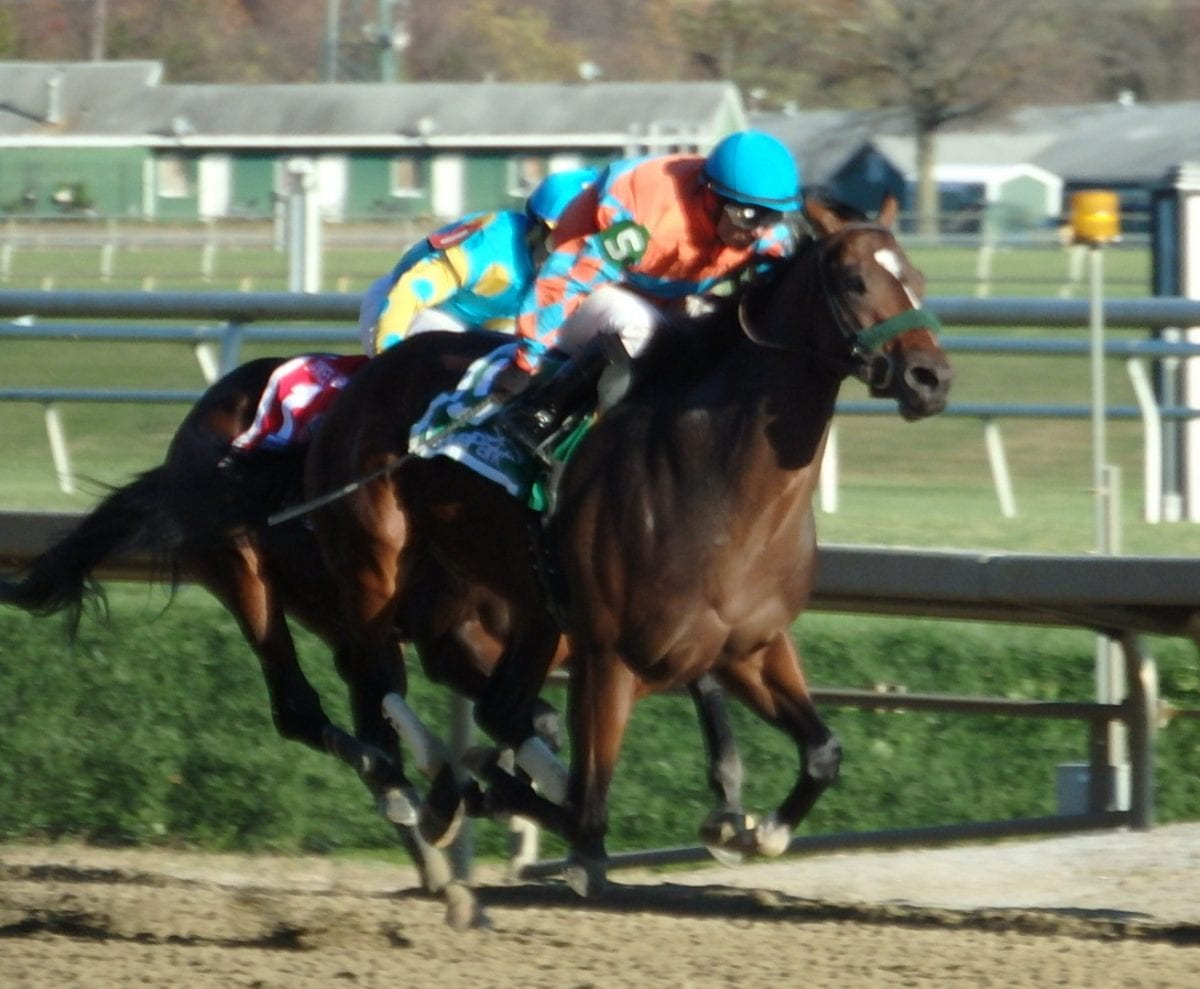 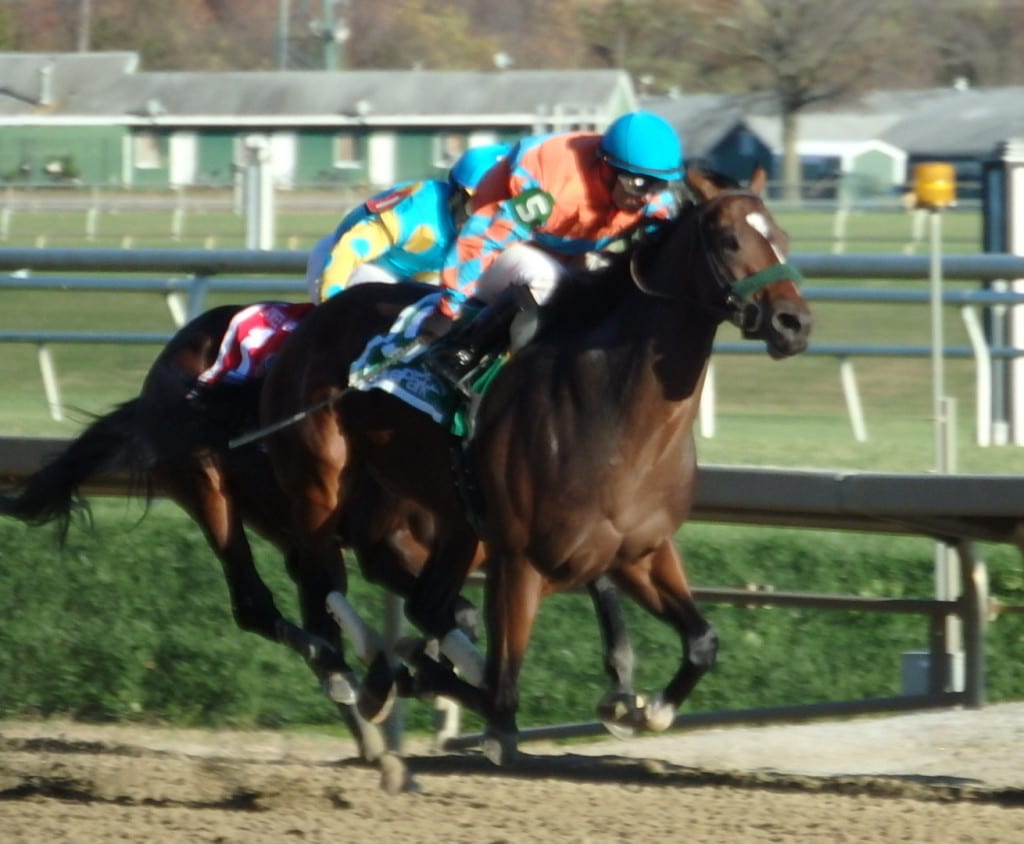 Awesome Speed prevailed in a hard-fought running of the James F. Lewis, for two-year-olds. Photo by The Racing Biz.

Awesome Speed, a 2-year-old son of Awesome Again owned by Colts Neck Stables and trained by Alan Goldberg, dug in gamely down the stretch to win the James F. Lewis III by three-quarters of a length over a closing Never Gone South.

Breaking alertly from the gate under jockey Horacio Karamanos, Awesome Speed was rated second behind Zayat Stable’s Futurity (G2) runner-up King Kranz past a :22.41 opening quarter before taking the lead around the turn. Awesome Speed gamely held off the competition down the stretch while covering the six furlongs in 1:09.67.  It was the second stakes win of the day for Karamanos, who also steered Page McKenney to a win in the Richard W. Small Stakes.

Awesome Speed, purchased earlier this year for $335,000 at the Fasig-Tipton Select 2-year-olds in Training Sale, finished seventh in his debut Aug. 31 at Parx before breaking his maiden at Laurel Oct. 10 at six furlongs by 3 3/4 lengths.

“Last time when he broke his maiden he was looking at everything and I had to keep him busy with my whip because once he tried to stop down the stretch,” Karamanos said. “Today, he broke good out of the gate. I didn’t want him to be on the lead, so I saw (King Kranz) on the lead I just sat outside him. When we took the lead he was strong to the wire.

“This horse is going to improve. He’s a very nice horse.”

Trained by Todd Pletcher, Lost Raven, a daughter of Uncle Mo, earned her second win in as many tries when taking the $100,000 Smart Halo Stakes by three lengths.  Repole Stable’s homebred filly stalked the early pace before drawing off to complete six furlongs in 1:11.09 under Manuel
Franco. Twirl Girl checked in second behind the 4-5 favorite, 3 ¼ lengths ahead of Table Jumper.