Gentlemen’s Bet put up to first in De Francis 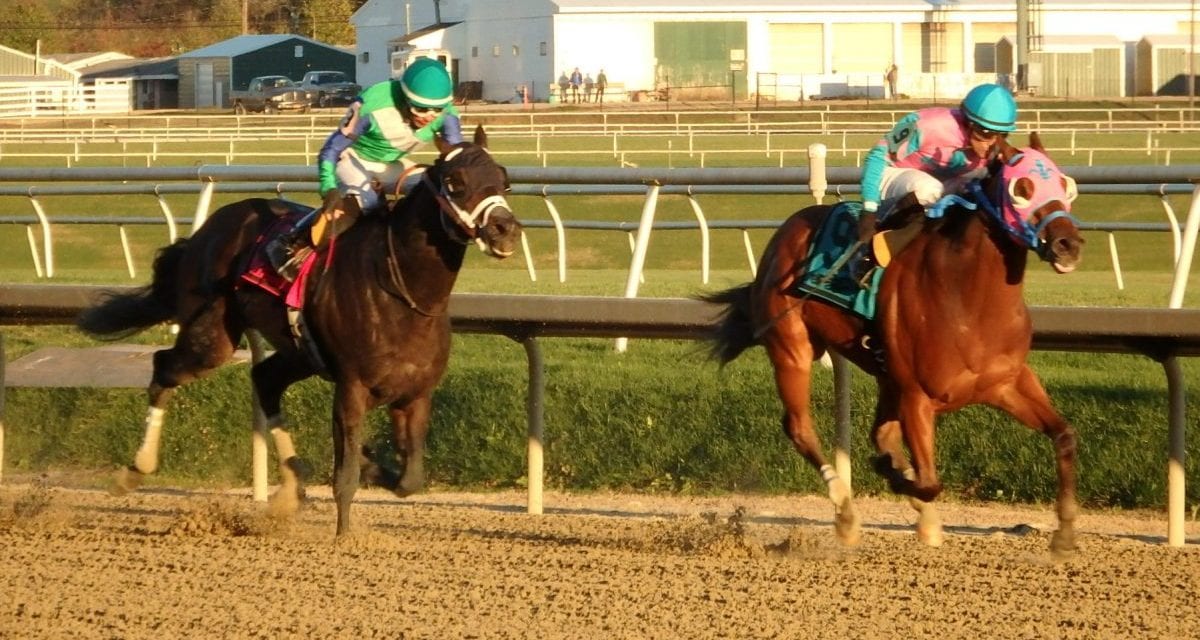 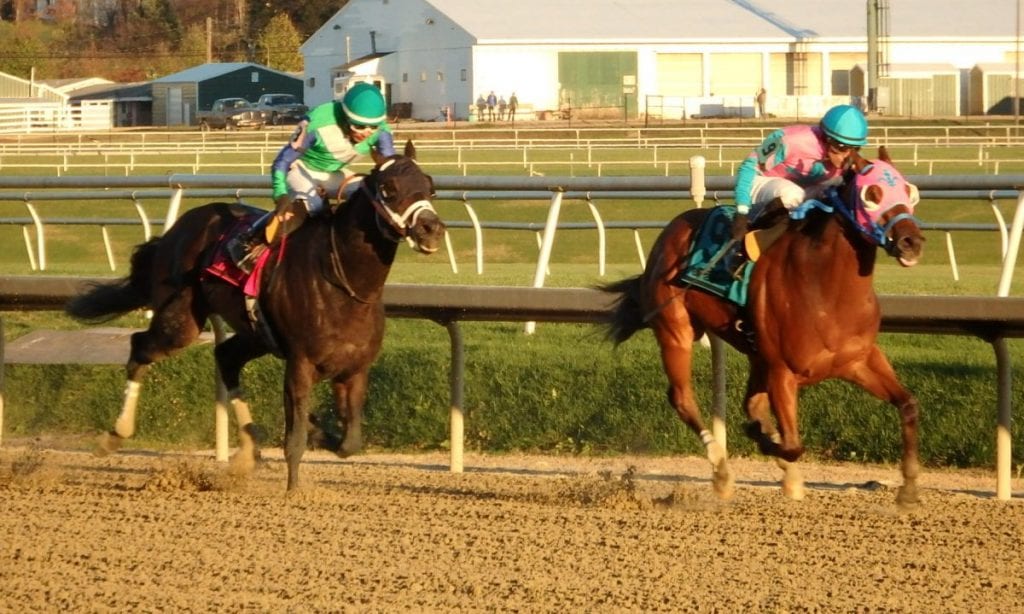 Gentlemen’s Bet (#8) was placed first via disqualification after chasing Trouble Kid around the track. Photo by The Racing Biz.

Harry T. Rosenblum’s Gentlemen’s Bet notched a victory in Saturday’s $350,000 Frank J. De Francis Memorial Dash with the assist of a stewards’ decision that resulted in the disqualification of first-place finisher Trouble Kid to second.

Seeking his fifth straight victory since being claimed for $15,000 out of a maiden race in July, Trouble Kid caused trouble on the backstretch.  After breaking sharply from the outside stall, Trouble Kid was guided towards the rail by jockey Joshua Navarro, with Gentlemen’s Bet, from the eight-hole, forced to take up as that one came across.

The stewards determined that the Ramon Preciado-trained 3-year-old interfered with the eventual second-place finisher while crossing over to take the lead. Trouble Kid went on to post an apparent three-quarters of a length victory in the six-furlong sprint before the inquiry sign was posted and Gentlemen’s Bet’s jockey Daniel Centeno registered an objection.

Gentlemen’s Bet ($12), who was steadied by Centeno in the backstretch, recovered to finish second behind Trouble Kid, the 5-2 third choice ridden by Joshua Navarro. Palace, the 3-2 favorite ridden by Cornelio Velasquez, finished another 1 ¾ lengths back in third.

Gentlemen’s Bet, who finished third in the 2013 Breeders’ Cup Sprint (B1) before going on the shelf for nearly 15 months, notched his second victory in six starts since his return to action with trainer Ron Moquett in February.

“This was his Breeders’ Cup, because he didn’t get in this year. This by no means was a letdown. This race is so historic. It’s something I’ve always wanted to win. It’s been on my bucket list,” Moquett said. “It’s a race I watched growing up with huge interest, and it’s an honor to win it. I’m over the moon.”

Trouble Kid, who had won his last four races by a combined 28 lengths, opened a 1 ½-length lead after crossing over the field as Gentlemen’s Bet lost a couple lengths after being steadied. As Trouble Kid continued to show the way around the far turn, Gentlemen’s Bet made a three-wide move in pursuit of the pacesetter but was unable to overtake him.

“It’s tough to take, but it’s part of the business,” Navarro said of the disqualification of Trouble Kid. “I don’t know what to say. I was still on the best horse.”

Moquett was happy that his veteran sprinter was able to recover from the backstretch incident, as well as his placing to first.

“First, I was afraid he was going to go down. We’re all attached to this horse and we were worried he might go down. After that, we thought that it had cost us the race,” Moquett said. “I just wanted this horse to have the chance to win this race that he left the barn with. I was very happy that he was getting the win. I just thought that if it hadn’t been for the interference, we would have seen a pretty good show.”

Gentlemen’s Bet, who captured the Hot Springs Stakes at Oaklawn in March, boosted his lifetime earnings to $731,390 with the $210,000 winner’s share of the purse.

Moquett said he had no definitive plans for Gentlemen’s Bet. Preciado said he was considering sending Trouble Kid to Gulfstream Park for the Claiming Crown Sprint on Dec. 5.