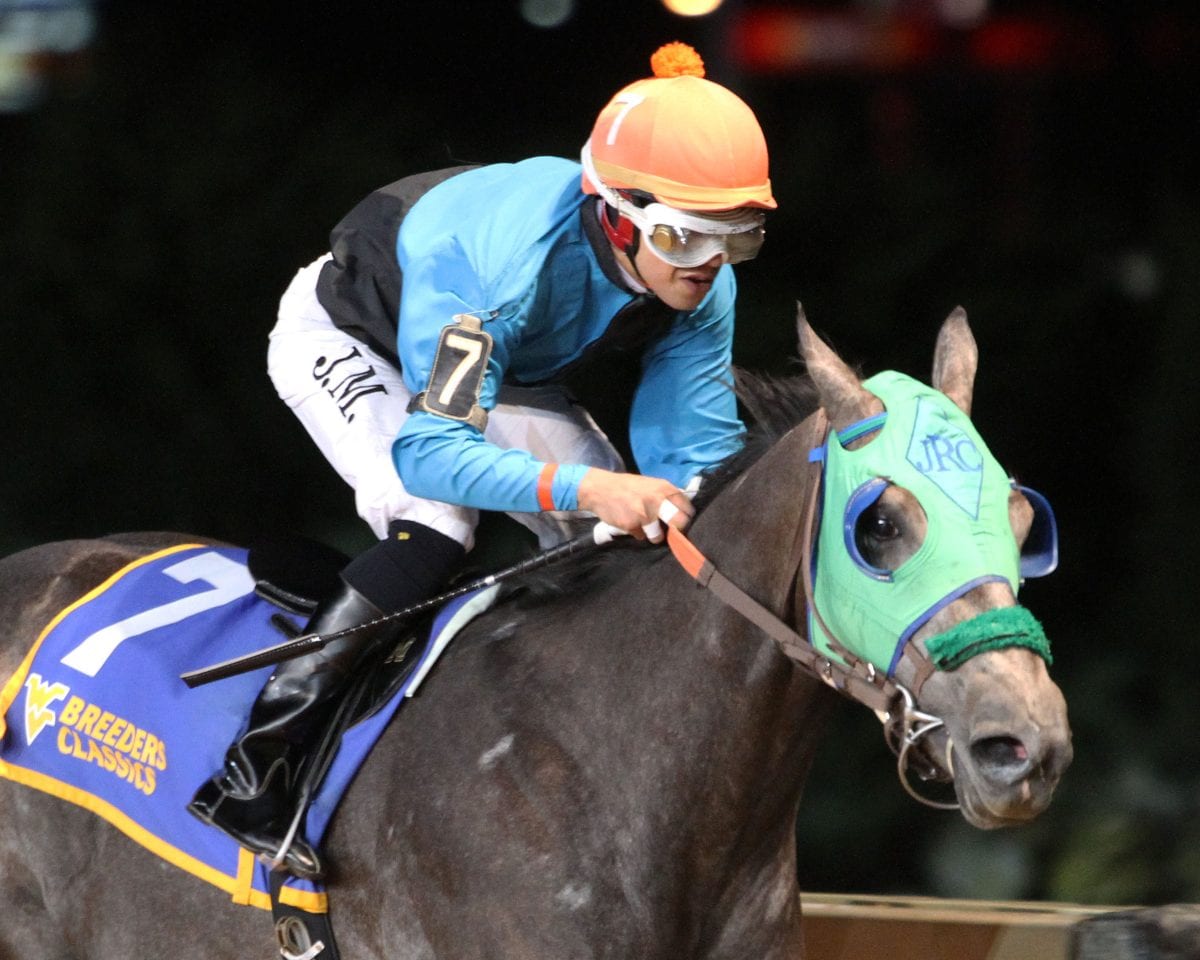 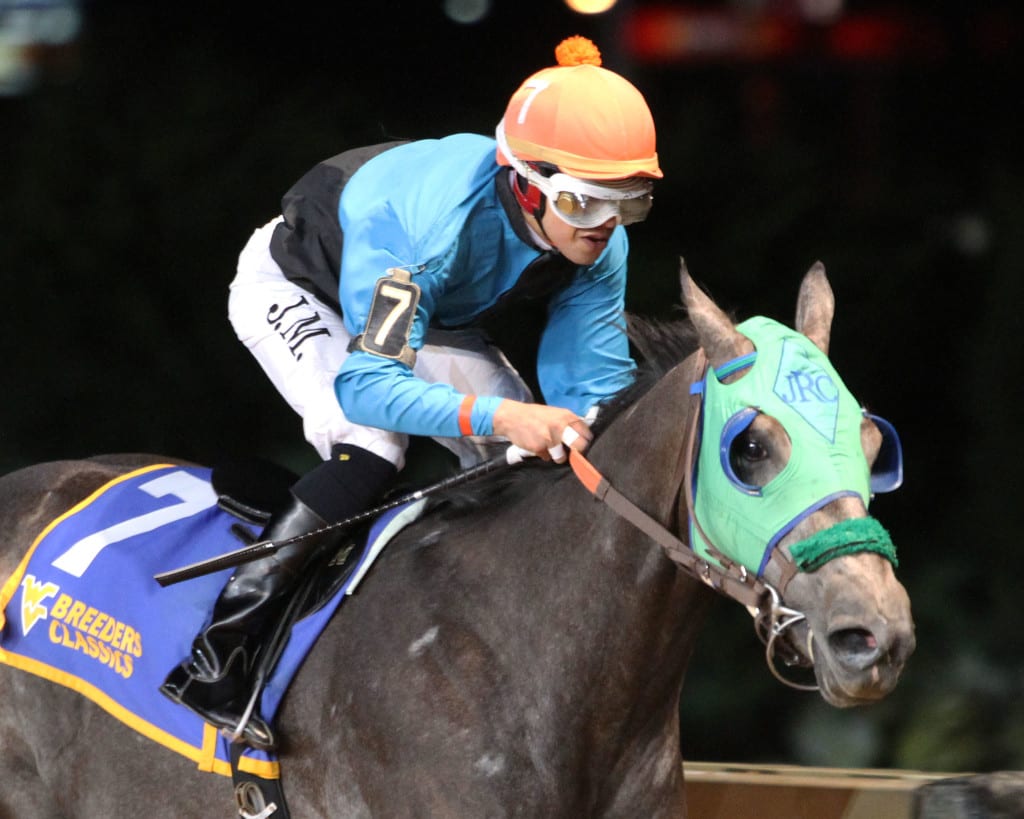 Bullets Fever was all by himself in winning the Moscarelli. Photo by Coady Photography.

The winners of the two juvenile races on the West Virginia Breeders Classics card will hook up in Saturday night’s $50,000 Tri-State Futurity at Hollywood Casino at Charles Town Races.

The filly Aye a Song, a two-time stake winner and winner of the Triple Crown Nutrition Breeders Classic on Breeders Classics night, earns the nod as the 8-5 favorite.  She logged a front-running score in the Rachel’s Turn Stakes over favored R C’s Daisyduke two races back, then wore that rival down in the lane to win the Triple Crown Nutrition by a half-length.  Christian Hiraldo will ride for breeder/owner/trainer John McKee.

Regardless of the morning line, the horse to beat just might be Bullets Fever, who also won on Breeders Classics night, taking the Vincent Moscarelli Memorial in a flashy, five-length score.  Bullets Fever is a full-brother to local star Hidden Canyon, a runner who has thrived at Charles Town’s two-turn 6 1/2- and 7-furlong distances, and Bullets Fever looked the part on WVBC night in his first two-turn try.  Bullets Fever completed the 6 1/2 furlong distance of the Moscarelli in 1:19 3/5 — more than a second faster than the favorite covered the same ground on that night.  Arnaldo Bocachica will ride for trainer Jeff Runco.

Interestingly, Bocachica rode Bullets Fever in his debut but not in the Moscarelli.  Meanwhile, Jose Montano, who had the mount in the Moscarelli, is aboard another Runco trainee, maiden winner Weekend Liberty (15-1), in this event.

The field’s other stakes winner is, yes, another Jeff Runco trainee — he and trainer John A. Casey each have four in here, while McKee has two — the filly Stoweshoe.  Stoweshoe (6-1) won at first asking in August and followed that up with a win over boys in the Henry Mercer Memorial.  Back against her own sex, however, she finished third, beaten 2 1/2, in the Triple Crown Nutrition.  Travis Dunkelberger will ride Stoweshoe, replacing Arnaldo Bocachica, who rode her in each of her first three races.

Ten are entered in the Tri-State Futurity, which is limited to horses bred in West Virgniia, Maryland, and Virginia.  Post time is 9:55 p.m.