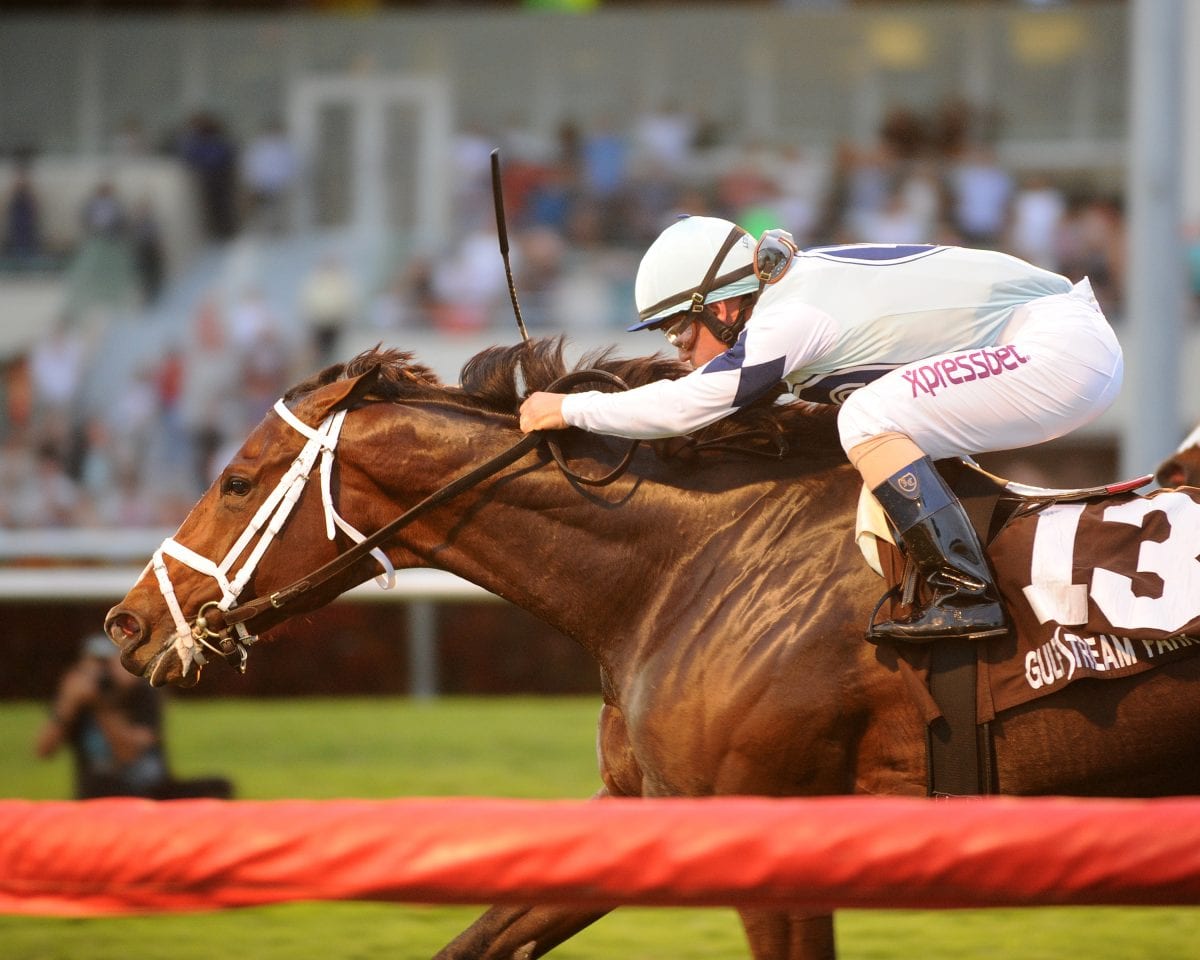 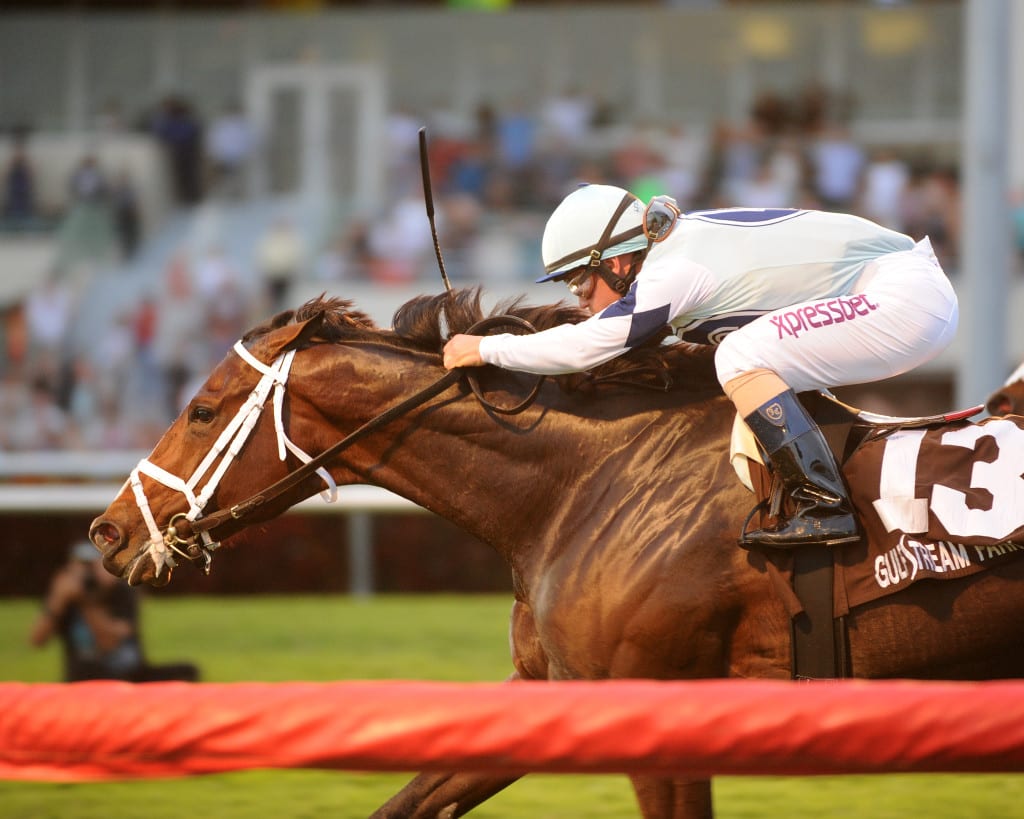 A month after knocking heads with some of racing’s top turf distance horses in his graded stakes debut on grass, Matthew Schera’s Perfect Title will make a second straight foray into stakes company in Saturday’s $100,000 Laurel Turf Cup at Laurel Park.

In his most recent start, 5-year-old Perfect Title finished sixth in the 1 1/2 mile Joe Hirsch Turf Classic (G1) Sept. 26 at Belmont Park. It was his first try in a graded stakes since finishing seventh in the 2013 Jim Dandy (G2) on dirt at Saratoga.

Trained by Fair Hill Training Center-based James L. “Chuck” Lawrence II, the late-running son of Perfect Soul broke from post two and was stuck inside and behind horses the entire way. All six horses that finished ahead of him – Big Blue Kitten, Slumber, Twilight Eclipse, Red Rifle and Shining Copper – are running Saturday in the $3 million Breeders’ Cup Turf (G1).

It marked the first time Perfect Title was off the board in five starts since joining Lawrence, having finished second in back-to-back races at Delaware Park before stringing together successive wins 15 days apart at Saratoga Race Course, the latter a 1 3/16-mile optional claiming allowance Aug. 22.

“We ran him in the Joe Hirsch off that win, which was a bit ambitious,” Lawrence said, “but the tactics didn’t work out right. He got too far out of it, but he made a big closing move. Going back and looking at that race, it wasn’t that bad. All those horses that were in there are now in the Breeders’ Cup, so we figure we can give [the mile-and-a-half distance] another shot.”

Perfect Title drew the far outside post in a field of 10 and will be ridden by Victor Carrasco.

Also exiting the Sycamore is Hare Forest Farm’s St. Albans Boy, who finished third by a length after rallying from the back of the pack with a seven-wide move approaching the stretch under Paco Lopez. Daniel Centeno will ride in the Turf Cup at 118 pounds.

“I thought he ran a great race in Keeneland,” trainer Kelly Rubley said. “We were very pleased. He seems to be improving his form all year long, and we’re hoping we get lucky on Saturday.”

The Turf Cup will be St. Albans Boy’s sixth try at 1 ½ miles and third straight, after finishing fourth in the Kentucky Turf Cup (G3) Sept. 14 at Kentucky Downs. He was third in last year’s Turf Cup, beaten less than a length.

“It seems to be his best distance; there doesn’t seem to be a bottom to him. He can handle the distance,” Rubley said. “To be honest, he’s training very forwardly. We’re very pleased with how he is coming into the race.”