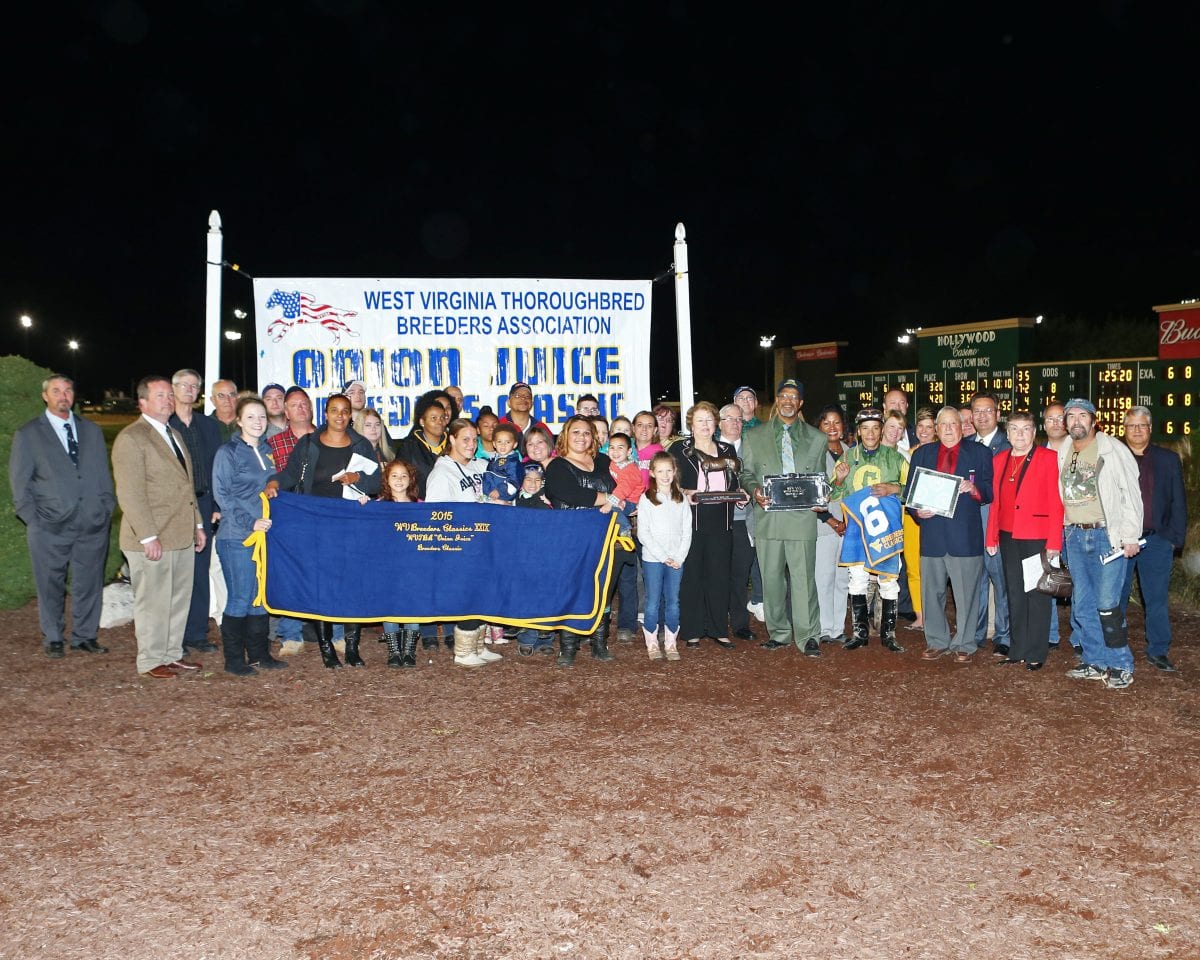 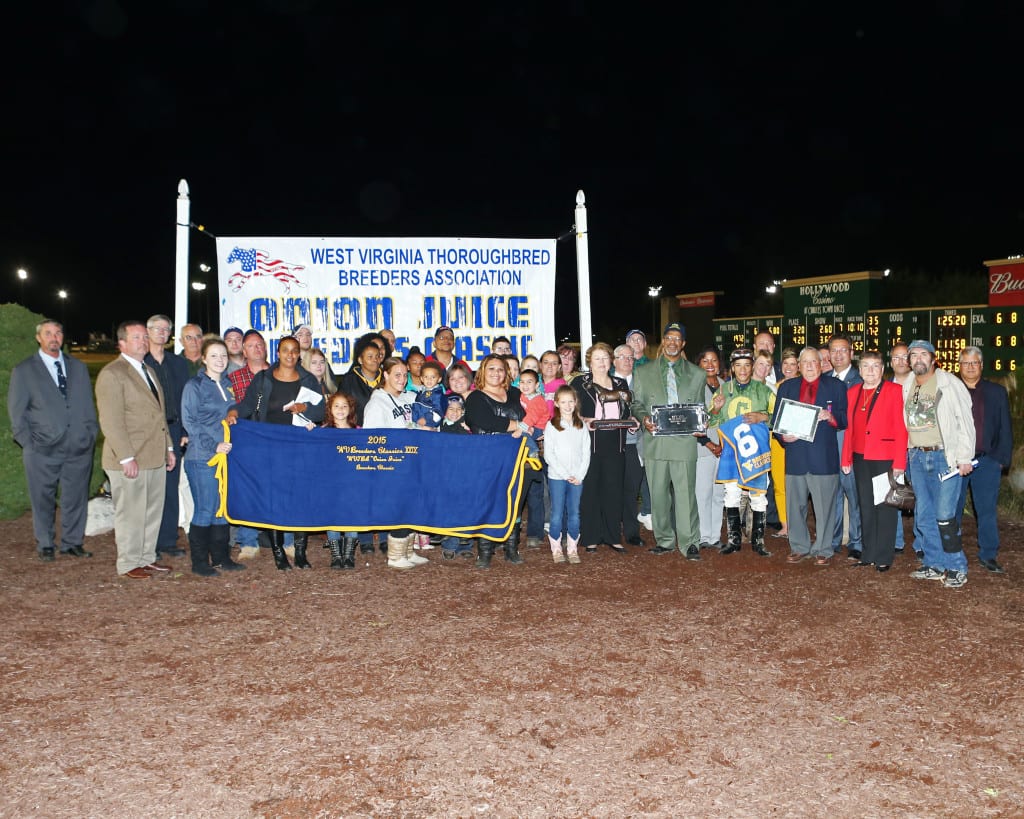 Months after the West Virginia Thoroughbred industry ducked a “decoupling” bill that would have eliminated the requirement that Mountain State casinos host live racing, racing advocates are anxiously marshaling their forces with an eye towards 2016.

But some horsemen question whether the current leadership of the Charles Town Horsemen’s Benevolent and Protective Association (HBPA) is right for the job and are hoping that the current election — ballots must be returned to the HBPA office by November 21 — leads to substantial change in the composition of the board.

The result: a crowded ballot in which two candidates are vying for the presidency and 21 others are seeking 10 available board slots, some occasionally personal attacks on social media like Facebook, and what incumbent president Randy Funkhouser calls “a lot of rumors and things out there.”

On one thing, all sides agree: West Virginia’s racing industry is in a fight for its future.

“If horse racing fails, then the community [of Charles Town] dies,” said Trevor Hewick, who is running against Randy Funkhouser for president.

Legislation in recent years which has sliced into racing’s share of gaming revenue “has really had a chilling effect on the West Virginia racing industry,” agreed Joe Funkhouser. He is Randy’s son, an HBPA board member in his own right, and the head of the West Virginia Racing United group, which is a coalition of racing stakeholders.

“It will be devastating to the whole community if they lose horse racing.” echoed trainer Leslie Condon, herself a board candidate.

“It’s just a tough environment. We’ve been battling for years,” added Jeff Runco, a trainer who is one of the incumbents on the board.

In the last decade, the state legislature has made a number of changes which have taken significant moneys from racing. These include, a decade ago, diverting funds to shore up the state’s Workers’ Comp Fund — which is estimated to take $6 million from Charles Town purses — and the 2014 “haircut bill,” which cut subsidies to horse racing by 10 percent.

The results are stark enough. As a result of the legislative actions, as well as market forces buffeting the state’s racinos, average purses have plummeted at Charles Town from more than $170,000 daily as recently as 2009 to about $130,000 this year. And the number of live racing days has fallen from 236 that year to 193 last year, perhaps dropping into the 170s this year.

For next year, the Commission projects Charles Town to have a little more than $23 million total for purses (which Hewick claims is a “soft number” more likely to come in lower than higher). If that number is accurate, maintaining current purse levels will require a drop to between 160 and 175 days.

Where the opponents part ways, however, is exactly what should be done about that — and who should be doing it.

He points to that document — which calls on the state legislature to restore funds it has taken from racing and permit West Virginia residents to bet on in-state races via advance deposit wagering, among many legislative and non-legislative recommendations — as a blueprint to the future.

“We want to keep the purses as stable as possible while maintaining year-round racing,” he said. Of one of the report’s recommendations — that the legislature hew to its original plan and restore to racing moneys currently being diverted to shore up the state’s Workers’ Comp Fund — he said, “If there’s a silver bullet, that’s it.”

Hewick generally agrees with the report’s recommendations, and with the goals of maintaining a year-round schedule and competitive purse levels, though he said he is skeptical that the legislature will take the necessary step on the Workers’ Comp Fund issue. And he points to something he said is not in the report as critical.

“It doesn’t empower the community to get involved in solving our issues,” Hewick said. “If the community’s not part of the process, how are you going to get anything done legislatively?”

In fact, it is this issue, of communication with rank-and-file horsemen and the broader Charles Town community, that rankles some horsemen.

Condon, who called the current board “a little lackadaisical,” claimed that “horsemen are never kept informed of what’s going on…. [and] people in the county aren’t even aware that racing’s in trouble.”

And John McKee, the 76-year-old owner/trainer/breeder, who has been a Charles Town fixture since 1969, said that during a prior stint on the board, “We tried to keep the general body abreast and get some input from them. I’m not sure that’s happening now.”

He, too, is running for the board after having been off it for several years.

Both Funkhousers rejects these criticisms.

“The accusation of non-transparency is completely false,” Joe Funkhouser said. As one piece of evidence, he points to the organization’s quarterly general membership meetings, which he says attract anywhere from 10 to 80 of the organization’s members and can last three or four hours. As another, he notes that the HBPA recently placed a “Members Forum” on its website, allowing members to lodge their comments and concerns directly and to interact with each other.

“You don’t think we’re communicating?” he asked rhetorically. “Every day there’s stuff on there (the HBPA website). Obviously, we don’t hold HBPA meetings every day. We do lots of different things to help people on the backside [know what’s going on].”

“The election is about track record,” Joe Funkhouser said. “There’s a lot of challenges facing the racing industry. I wouldn’t want to gamble with a president or a board that didn’t have a track record of leadership.”

“This board is the most knowledgeable group we’ve had,” he claimed. “You’ve got to know legislators to work with them; you’ve got to work with the racetrack. We’re reasonable-minded. Some of the candidates running [against the incumbents] totally lack that experience.”

McKee and Condon, however, suggest that opting for the status quo might be the bigger gamble.

“I think we’re giving up too much,” said McKee. “We need stronger representation in Charleston.”

“We have to stop our purses from being pillaged,” added Condon. “I’m not saying the current board hasn’t done anything, but they haven’t done enough.”

And Hewick took the hardest line of all. He said his approach to voting in this election is simple: “If they’re in, they’re out.” Some others frustrated with the board, however, are taking a more measured approach, supporting some but not all of the challengers.

Whether the challengers’ assessment of the board is right or wrong is something that ultimately will be decided by the election’s voters.

But one thing’s for sure: whoever wins will have a lot of work to do in the months and years to come to “reimagine and restore” the state’s racing industry to the prosperity it enjoyed just a few years ago.