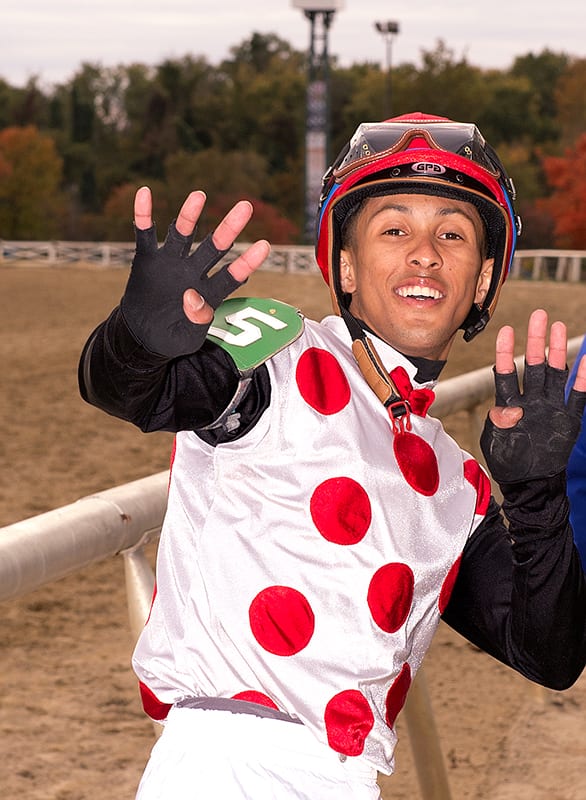 Jockey Victor Carrasco spent much of Saturday afternoon in the winner’s circle at Laurel Park after riding five winners on the 12-race program.

“It’s awesome to win five in a day…it’s not easy to do that,” Carrasco said. “When I was looking at the races yesterday I saw I had a few horses who had a good shot. It feels great.”

Carrasco, a native of Puerto Rico, was leading rider earlier this year at Pimlico and ranked second in the Maryland standings last year with 126 victories.

Jockey Nik Juarez also had a good day, winning three races aboard Newscast ($4) in the first, Steve ($7.20) in the second and Monkey’s Medal ($23) in the ninth.