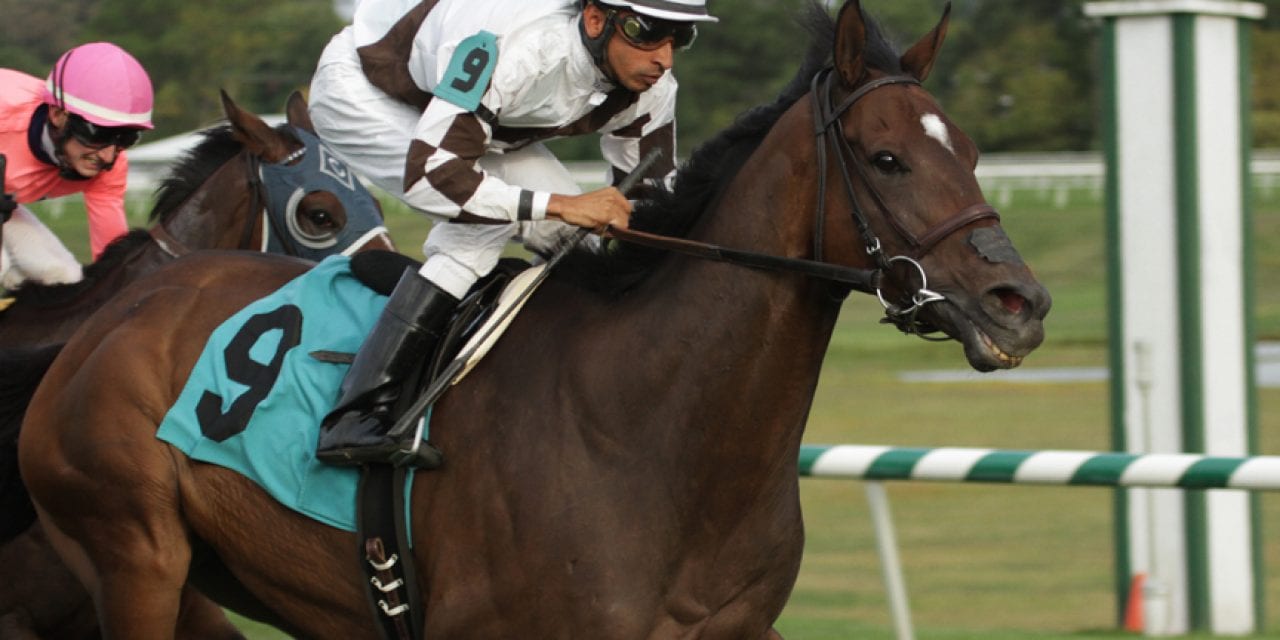 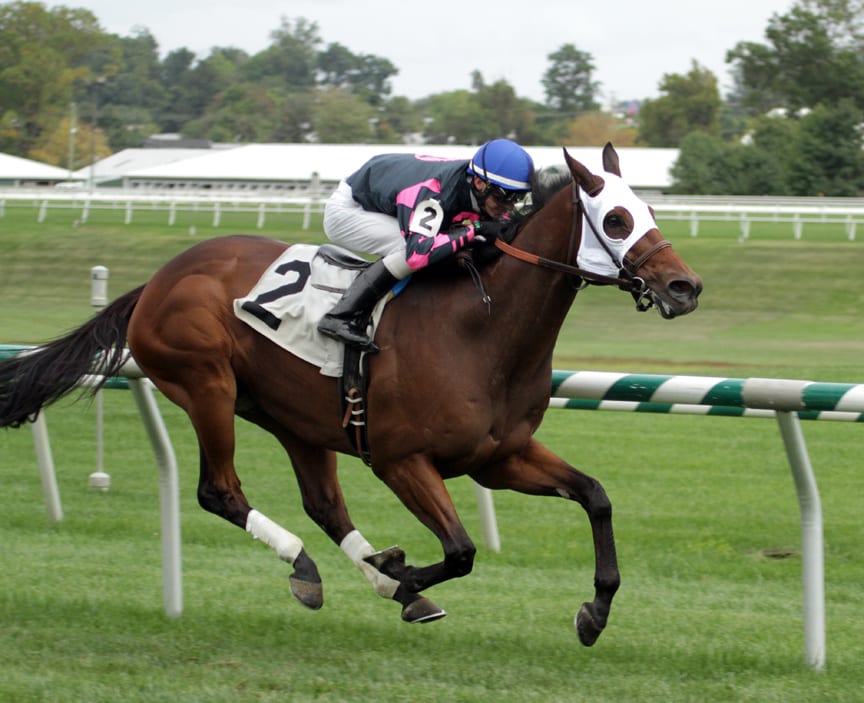 Rose Brier was clearly best in winning a second straight running of the Bert Allen Stakes. Photo by Laurie Asseo.


It wasn’t a repeat.  It just felt that way.

Two of the undercard stakes for Virginia-bred and Virginia-sired horses went to runners winning the event for the second consecutive year.

Rose Brier, a 6-year-old gelded son of Mizzen Mast, trained by Jane Cibelli and ridden by Trevor McCarthy, has now finished first or second in 14 of 15 turf races at 1 1/16 miles. He covered the distance Saturday in 1:41.51 while finishing two lengths ahead of Cliff Hanger (G3) runner-up Special Envoy. Dannhauser was third.

Bred by William Backer, Rose Brier entered the Bert Allen off a second-place finish in the Speaker’s Cup Stakes at Mountaineer Park. Earlier this year, Rose Brier finished fourth in the Red Bank (G3) and Tampa Bay (G3), both by two lengths or fewer. Rose Brier has now won 10 of 29 starts – nine of 25 on the turf – for earnings of $316,326.

“He shows up every time, and if he gets a trip he’s definitely a runner,” said assistant trainer David Nunn. 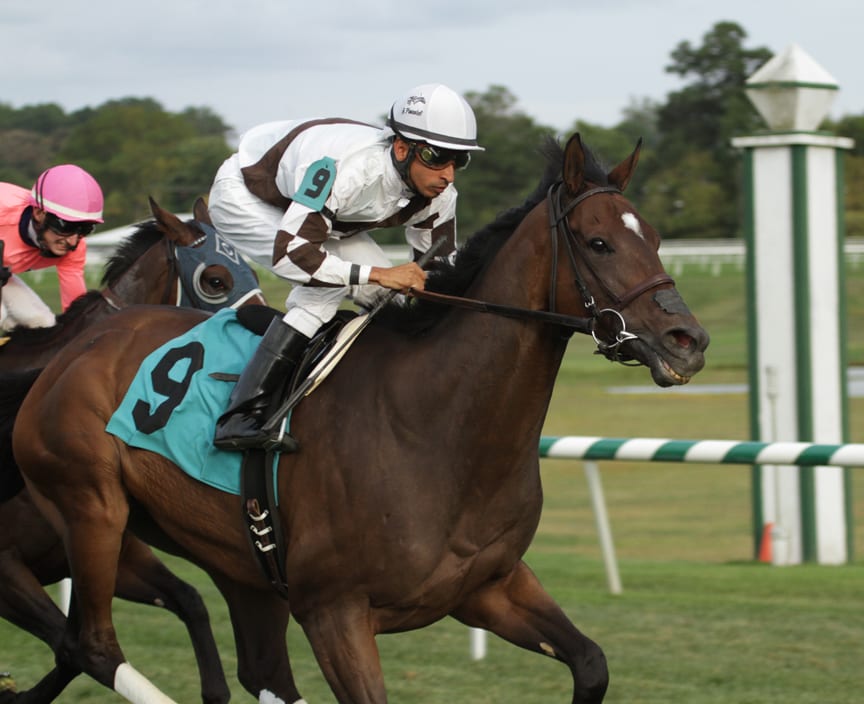 Two Notch Road made it look easy while winning the $60,000 Punch Line for the second consecutive year. The 8-year-old gelding, trained by co-owner Thompson and ridden by Julian Pimentel, covered the 5 1/2 furlong course in 1:02.23.  He was the easiest of winners, edged clear “with something in reserve,” according to the race’s official chart.

The win, Two Notch Road’s fifth in 24 career starts, pushed his earnings past the $340,000 mark.  It was his first score of the season.  He was the 7-10 favorite in the race — only the second time in his career he’s been favored.  In his first two starts of the season, he was 22-1 when third in the McSorley at Monmouth Park and 47-1 when seventh in the one-mile Elkwood at the same track.

In two other Virginia-bred/-sired stakes, newcomers took home the money.

In the $60,000 Jamestown, Nicewonder Stable’s Away We Go, a 15-1 longshot who finished second in her debut at Timonium, rallied down the stretch to win by a neck over Crypto’s Holiday. Cherokee Cousin was third.

Harlan Crossman’s Complete St., seventh last time out in the All Brandy, drove down the stretch to win the $60,000 Brookmeade Stakes by a half-length over Magician’s Vanity. Secret Or Not was third and favored Seeking Her Glory fifth.