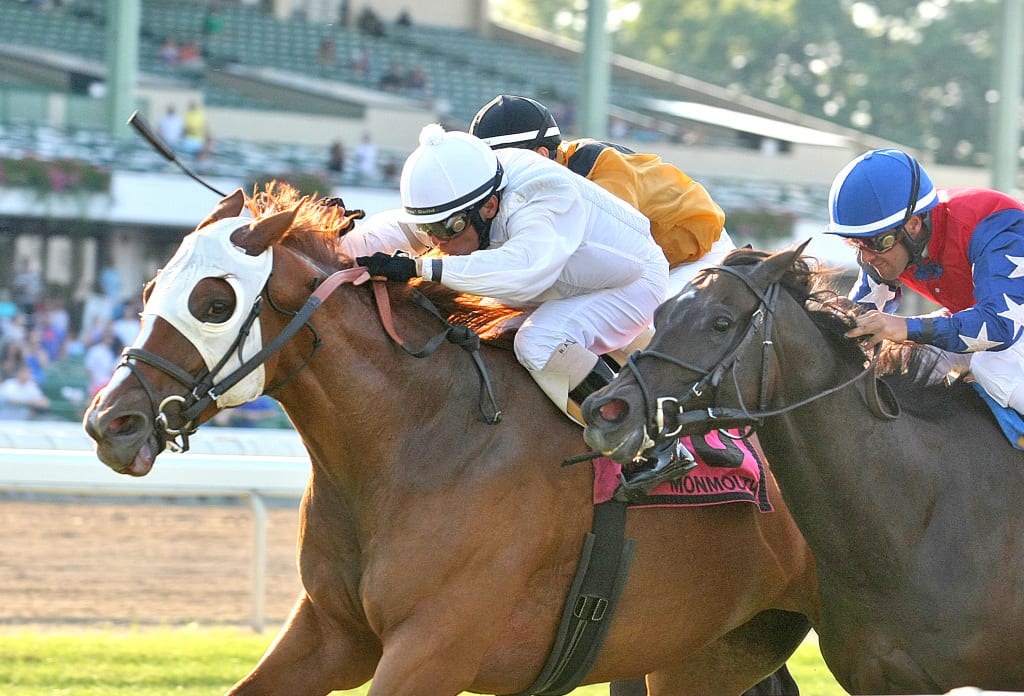 Joya Real (#8) barged through to win the Blue Sparkler narrowly on Saturday at Monmouth Park. Photo By Bill Denver/EQUI-PHOTO 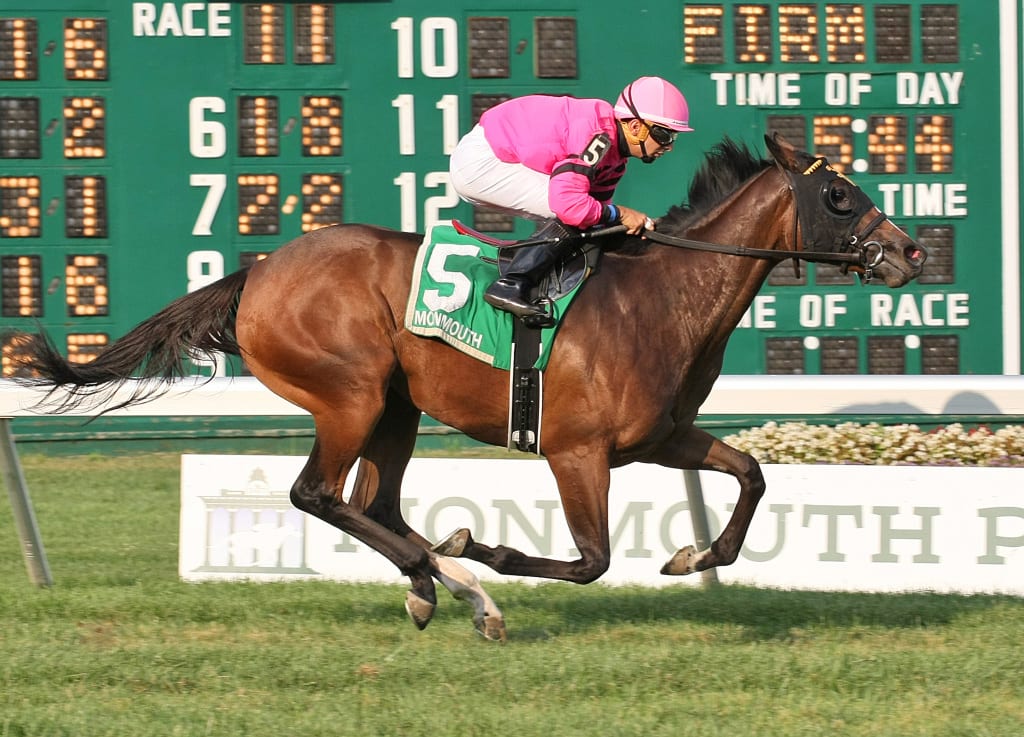 Ruby Notion was much the best in Sunday’s Colleen Stakes at Monmouth Park. Photo By Taylor Ejdys/EQUI-PHOTO