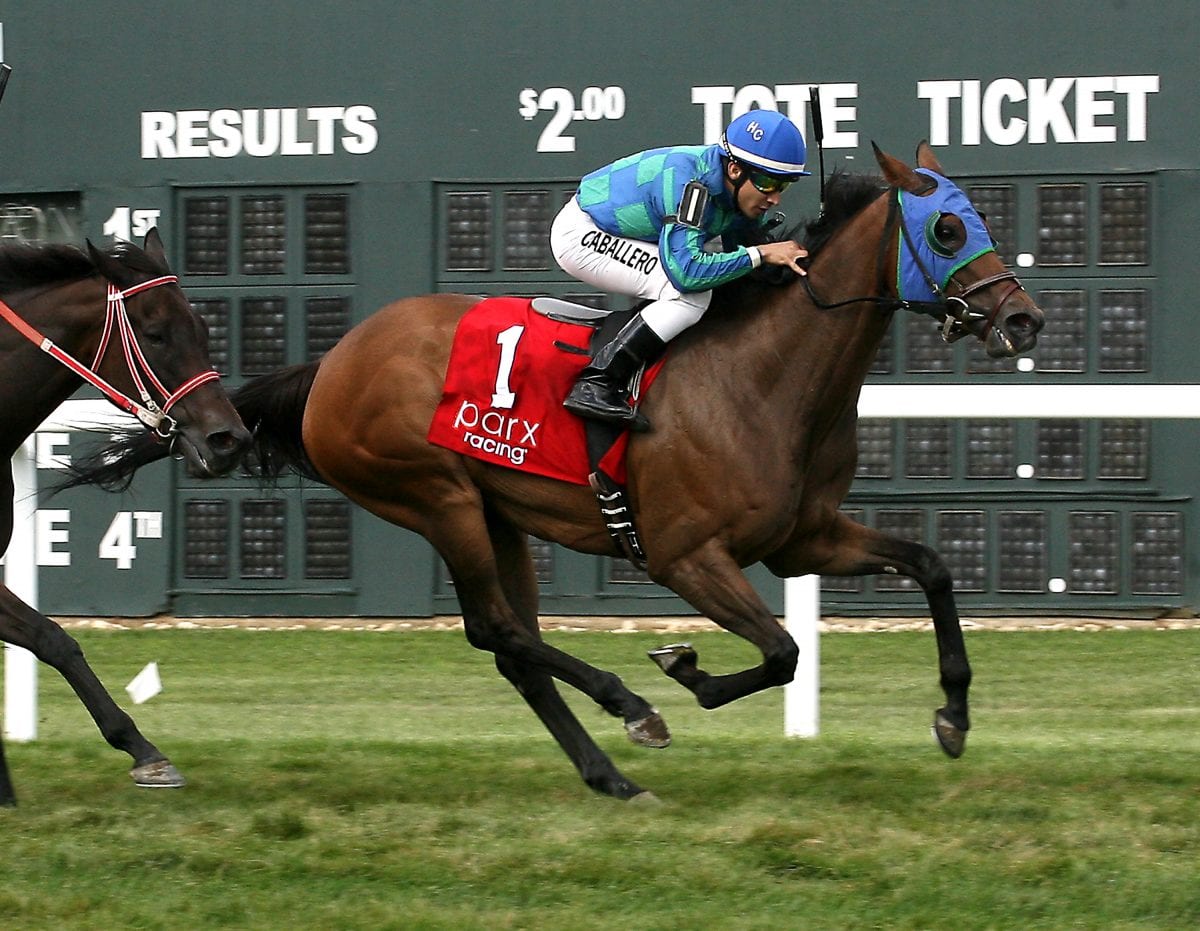 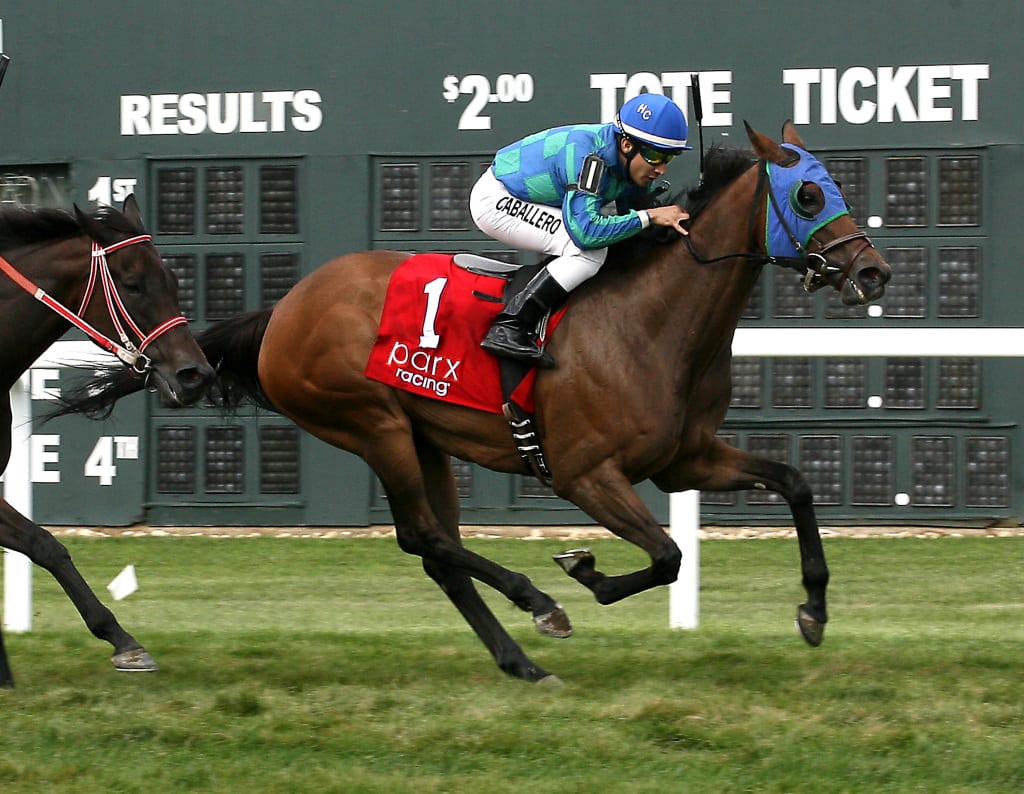 Kiss the Daddy rallied late to take the Power by Far at Parx Racing. Photo by Barbara Weidl/EQUI-PHOTO

When trainer John Dunn claimed Kiss the Daddy in the name of his Knew Stable for $10,000 last year, little did he know that his investment would sharply appreciate in value within the next year.

Yet that’s exactly what happened, as Kiss the Daddy parlayed Dunn’s ten grand into purse earnings of $164,190, a claim that exceeded his wildest expectations.

Kiss the Daddy also increased her residual value markedly when she captured the $78,750 Power by Far Handicap for Pennsylvania-breds on grass at Parx Racing July 25, almost one year to the day that she was claimed; as a daughter of successful young sire Scat Daddy, she’s now become a prime broodmare prospect, too.

In the Power by Far, Kiss the Daddy confirmed that it was a surface switch that transformed her, from simply an ordinary runner on the dirt to a black-type performer on turf. Settling just off the frontrunners in the five furlong test under jockey Hector Caballero, the dark bay or brown 5-year-old saved ground inside through the first half-mile, about three lengths off the early leader Silver Tresor, a 15-1 shot.

She began to rally on the far turn but had to steady briefly in traffic, which made Caballero angle her off the fence for the stretch run. She rallied strongly and caught Previous Honor, who seized the lead near the eighth pole, and then powered past that rival to win by three-quarters of a length in 57.57 on the firm course.

The $45,000 she earned boosted her career bankroll to $310,200, and she’s won or placed in 22 of 33 starts.  After starting her career with 29 consecutive dirt races, she’s now run four straight on the turf, winning three of those (equivalent to her three wins in 29 dirt starts).

When Dunn, a native New Englander, dropped the slip for Kiss the Daddy on July 27, 2014, he wasn’t thinking she would develop into a stakes winner.

Although Kiss the Daddy came to Dunn’s barn in the middle of turf season, she didn’t start on the lawn until May 31 of this year.

“We entered her several times on the turf, but every time it rained,” explained Felissa Dunn, John’s wife, and also a trainer.

The weather may have dampened Dunn’s plans for a turf debut last year, but once she finally got into the starting gate for her first grass test May 31, against open first level allowance company at five furlongs, she showed an immediate improvement. Although she broke slowly and was steadied that day, she ran on well in the late stages to finish third. What followed was a victory at 11-1 odds in starter allowance sprint June 16, and another victory July 5, all at Parx.

“She’s just a different horse on grass,” said John Dunn. “On the dirt, she’s a little timid and everything has to go her way — she doesn’t like to be down inside, or race between horses. On the turf, she’s very brave and will split horses if she needs to.”

Dunn described Kiss the Daddy as a well-balanced, perfectly proportioned mare who can be “a little temperamental.”

His plans for her for the rest of the year include taking a look at some of the Pennsylvania-bred stakes events on the “Pennsylvania’s Day at the Races” card at Parx September 5, as well as nominating her for the $200,000 Turf Amazon at five furlongs on turf against open company, which runs September 7.

“We’ll take a look at what’s in the Turf Amazon and maybe take a shot,” said Dunn.

Kiss the Daddy, who was bred by the Elkstone Group, LLC, is out of the winning Kafwain mare Kiss the Breeze. Her second dam is stakes winner Taft Lil Queen, who is the dam of three stakes winners, including graded stakes placed Kiss to Remember ($337,836). Kiss the Daddy’s half-brother by Super Saver named Airlite sold for $220,000 at last year’s Keeneland September yearling sale.