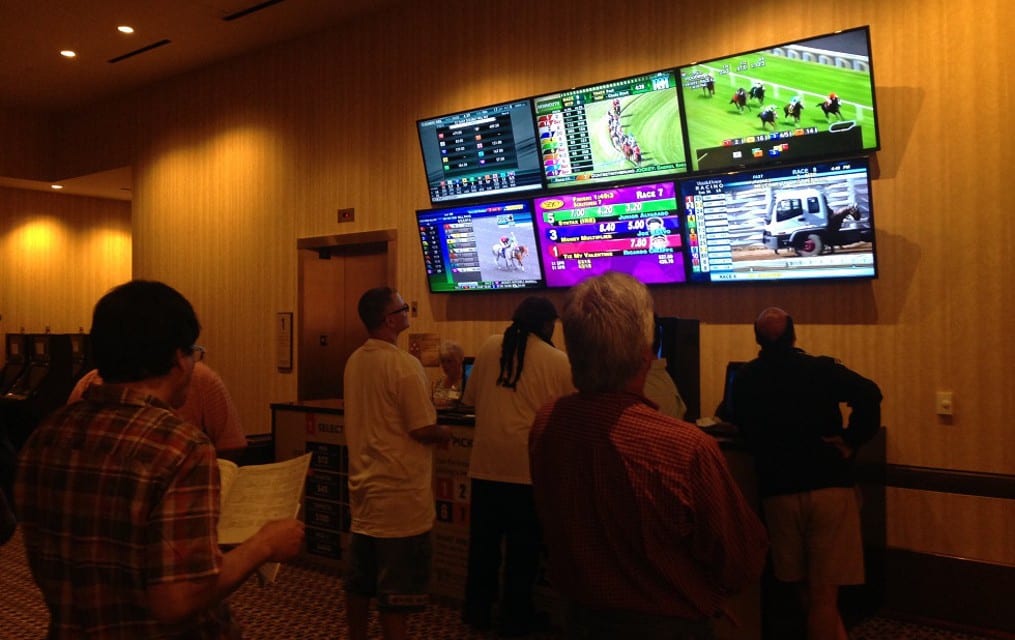 On a late Friday afternoon in July, there are more than 100 patrons sitting, standing, pacing and shouting in a 3,000 square-foot area here on the first floor of the Horseshoe Casino.

Less than a half mile from M&T Bank Stadium, home of the Baltimore Ravens, and less than two miles from Oriole Park at Camden Yards, the rows of television monitors are not broadcasting baseball or football, but Laurel, Del Mar, Saratoga and Gulfstream Park.

Located next to Baltimore Marketplace, which showcases some of Baltimore’s favorite foods, the Horseshoe off-track betting space has a steady flow of regulars, curious casino players, and downtown businesspeople stopping in to spend an hour or the afternoon and evening.

The room has been expanded twice in three months.

“We’re cautiously optimistic and projecting we’ll do $10 million this year,” Sinatra said. “We’re pleasantly surprised the way it’s taken off. It’s been great, partnering with the Horseshoe. We’ve done some cross-marketing – for instance, they hosted our Preakness party – and it’s really been a comfortable fit.”

For more on the OTB, check out GQ’s account of a day there.