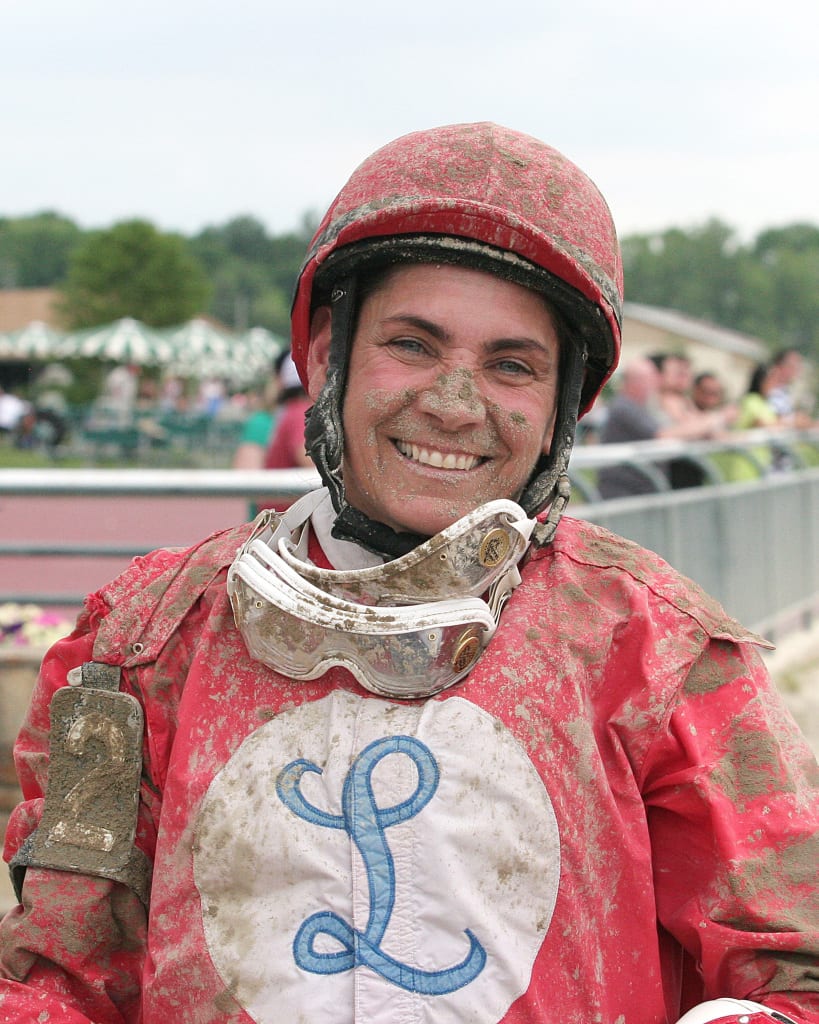 When Suffolk Downs announced it was not going to hold a meet in 2015, it sent its racing community into a tailspin. Owners, trainers, jockeys and other people who made their living at the Boston track were left scrambling, trying to find another venue at which to ply their trades.

Such was the dilemma for jockey Tammi Piermarini, 48, winner of multiple riding titles at Suffolk Downs and a three-time recipient of the Eli Chiat Memorial Outstanding Jockey Award, presented by the New England Turf Writers Association. A native of Newburyport, MA, Piermarini needed to find another place to ride that would offer stability for herself and for her family – husband John, and children Izabella, Johnny and Sophia.

After much thought, Piermarini moved her tack to Parx Racing, a place she had been considering since last fall. She had been encouraged to come by trainer Ned Allard, himself a New England transplant, who thought she’d be a good fit at the Bensalem, Pa. oval. Other New Englanders had made Parx their base of operation over the years – jockey Josiah Hampshire, Jr.; trainers Ron Dandy, Mike Aro, and David Dotolo; and director of racing Sam Elliott, to name a few, and all had done well there.

“I considered many different tracks before I made the move to Parx,” said Piermarini, who is currently third on the list of all-time winningest female riders with 2,376 victories (through June 14), behind only Julie Krone (3,704 wins) and still-active Rosemary Homeister (2,759 wins through June 14). “The main reason was stability. I considered Finger Lakes, but it wasn’t year-round. I thought about Florida, but it gets awfully hot there in the summer. And I also considered Maryland, but they change tracks there during the year. I have three kids, and I needed a place to settle.”

Piermarini said she texted several trainers at Parx and asked if they would ride her if she moved there. The answer was a unanimous “yes.” 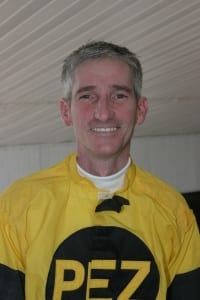 While her husband had acted as her agent at Suffolk, at Parx she decided to partner with newly-retired Hampshire, who had just started to take the books of young riders upon the injury-induced conclusion of his own riding career, in which he won 3,801 races.

“I had a horse flip on me and I hurt my neck,” said Hampshire. “A disc was pinching a nerve and I lost the strength in my left arm, and my hand was completely numb. Then I found out I had another problem with my back, and I needed an operation. So I couldn’t continue to ride.”

Hampshire secured his jockey agent’s license and took the book of double-bug apprentice Francisco Valentin. After Valentin was injured and sent to the sidelines, Hampshire was looking for another rider to work with, and soon found out that Piermarini was coming to town.

“It was a freak thing,” he said. “She was coming here, and I was available.”

Hampshire said that Piermarini arrived at Parx already knowing many of the horsemen, and her services soon became in demand. This year at Parx she’s won 13 races from 92 starts, placed in 31 more, and her mounts have earned more than $450,000. She’s also made several starts at Penn National, and on June 12, Piermarini rode Capar Girl to victory in the $75,000 New Start Stakes there for trainer Bernie Houghton and owner Tom McClay.

Hamphsire says his shift from rider to agent has been going smoothly.  He’s also the agent for Mychel Sanchez, who is currently tied for seventh in the jockey standings.

“I rode for 33 years and I had a very successful career,” he said. “I’m 51 years old, and there’s not a lot left to prove. I’m very happy that I’m still in the game. I don’t miss riding; as an agent, I’m doing the same thing, except I’m not getting on the horse. The hardest part for me has been realizing that the outcome of a race is out of my hands, and I’m not in control anymore. I was never nervous when I was riding, but I am now, because all I can do is watch.”

As for Piermarini, she is also adjusting nicely to this new chapter of her career, which began in 1985 at Suffolk Downs.