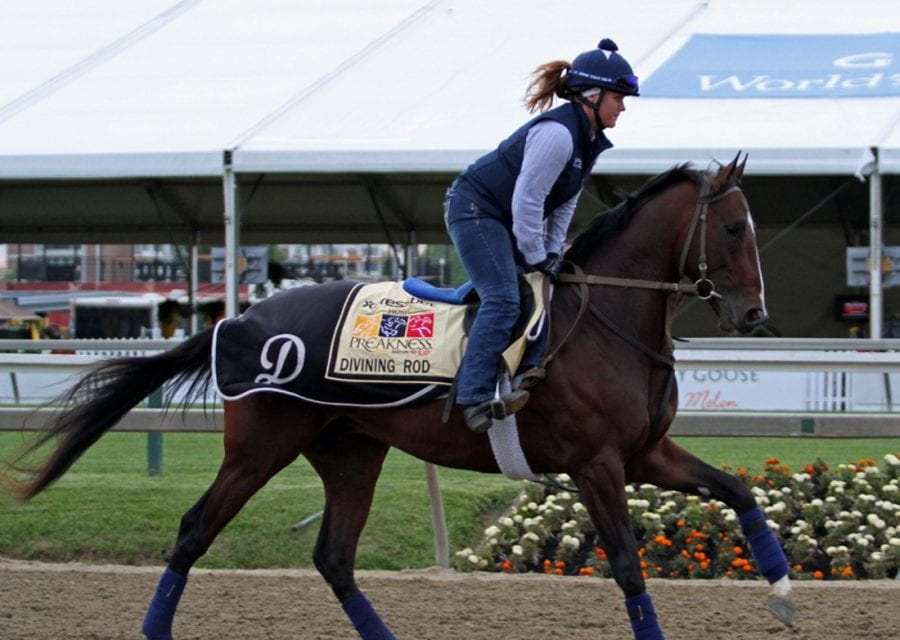 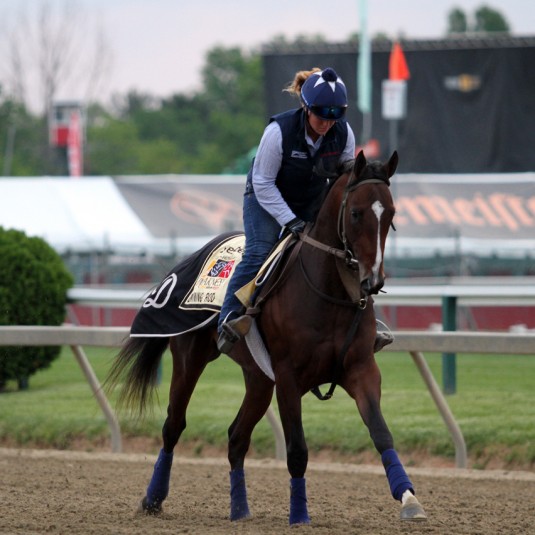 Divining Rod on the Pimlico track on May 15. Photo by Laurie Asseo. 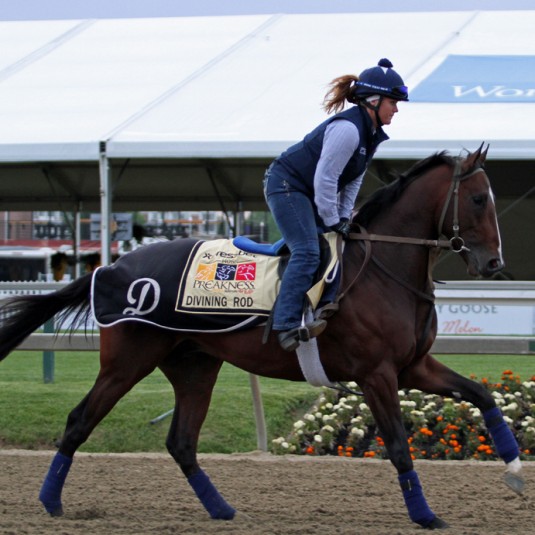 Divining Rod on the Pimlico track on May 15. Photo by Laurie Asseo.

Who is Divining Rod?

Of the new shooters in the Preakness field, Divining Rod is the most legitimate threat to upset the field, having hit the board in all five of his starts. After breaking his maiden in his debut at Laurel Park, Divining Rod tried the turf at Tampa where he finished a non-threatening third in allowance company. He returned to dirt in the G3 Sam F. Davis at Tampa, where he just missed winning by neck in a 12 horse field at odds of 28-1. Divining Rod was bumped in his next start, the G2 Tampa Derby, vying inside before settling for third. He easily won the G3 Lexington at Keeneland last month with a new jockey, Julien Leparoux, who asked the horse to change his running style and rate rather than gun for the lead. Leparoux jumps ship to stay on Danzig Moon, but the switch to Javier Castellano is no downgrade.

What they’re saying about Divining Rod

After his win in the Lexington, Divining Rod’s trainer, Arnaud Delacour, said, “That’s another dimension to the horse. (Leparoux) just took back; he thought there’d be plenty lot of pace. The horse relaxed well and was great with the (dirt) kickback, and he came with a big kick at the end. Today he was very professional and I’m glad he’s learning with each start.” Leparoux said of the Lexington, “We knew there were a couple of horses with speed in there and we wanted to teach him something. He was very proficient and very relaxed behind. The dirt didn’t bother him at all, and he finished up very strong.” Divining Rod will break from post position seven in the Preakness which pleased Delacour: “I’m kind of happy with that. There is a lot of speed on the inside with American Pharoah and Dortmund. We should be able to get a position, sit off the pace and see what happens.”

Divining Rod enters the Preakness with more rest and fresher than the Derby contenders. He has improved in almost every start with the exception of his turf try. Another step forward would make his speed figures competitive with every horse in the field. With multiple graded stakes finishes and a graded stakes win, Divining Rod has the most class of the new shooters. His ability to rate also should be an advantage if a hot pace scenario develops.

With the top three finishers from the Kentucky Derby returning for a rematch, the most likely scenario is that the Preakness winner is one of those contenders. The G1 Preakness is a step up in class and Divining Rod has never faced such a competitive field