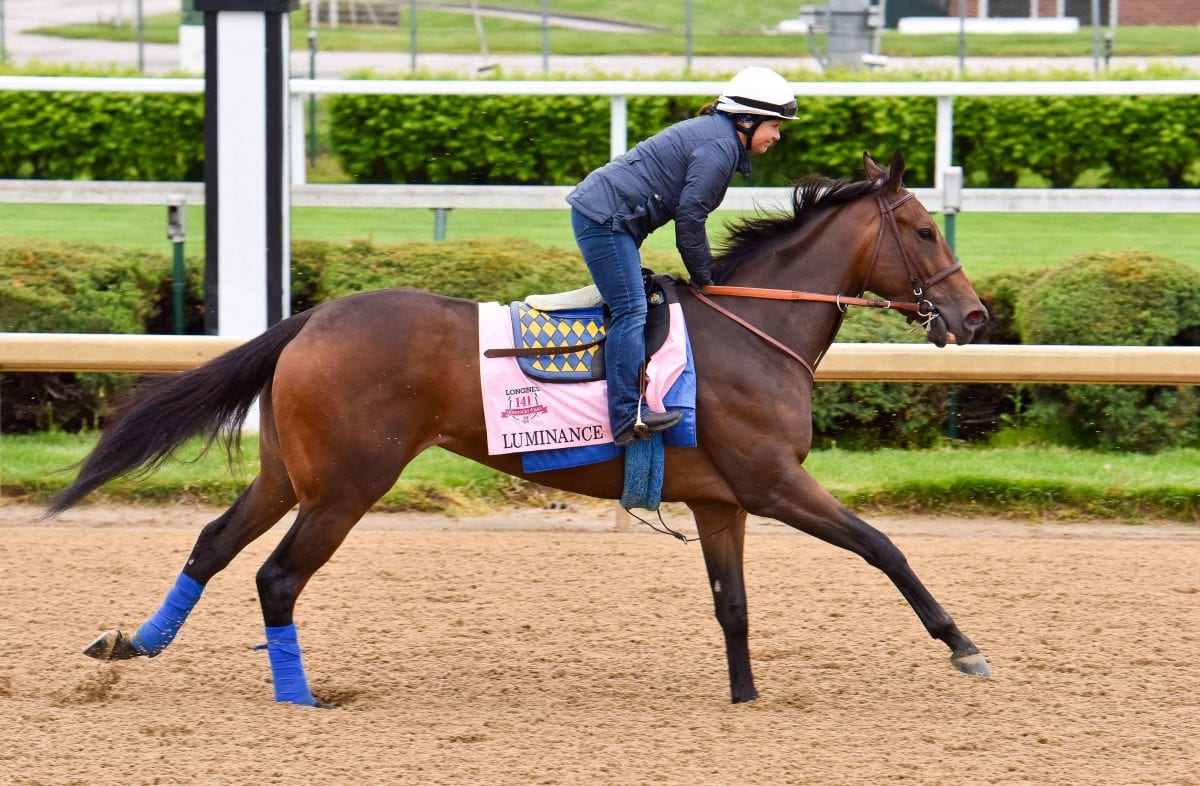 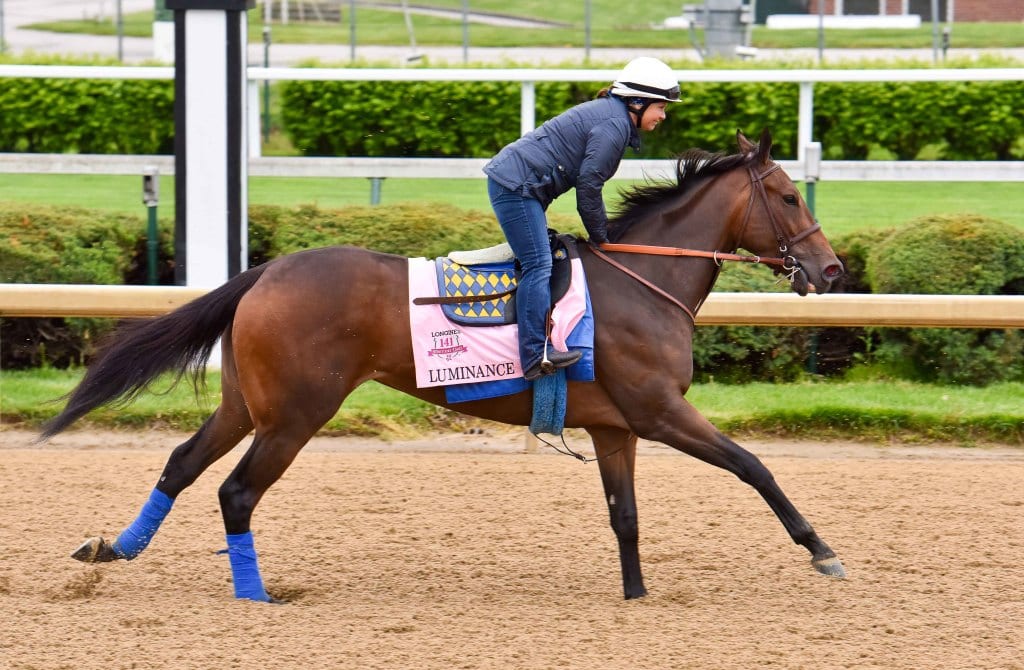 Hall of Fame trainer Bob Baffert, who’ll be running likely favorite American Pharoah in the Preakness Stakes (G1) on Saturday, might also be running the favorite in the Grade 2 Black-Eyed Susan on Friday.

Baffert will saddle Grade 1-placed Luminance for the $250,000, Black-Eyed Susan (G2), Pimlico Race Course’s historic showcase race for 3-year-olds fillies. The distance is a mile and an eighth.

Luminance trained at Churchill Downs for a possible start in the Kentucky Oaks (G1), but Baffert decided to find another race for her.

“After surveying everything there – she’s a really good filly – I just wanted to prep her for the Acorn down the road,” he said. “You want to place them where they can be competitive and not be too hard on them.”

Luminance, who has won two of three starts, is coming off a runner-up finish in her stakes debut in the Santa Anita Oaks (G1). She was the early leader but couldn’t hold off Stellar Wind, who won that mile-and-a-sixteenth race by 5 ¼ lengths. Stellar Wind went on to finish fourth in the Kentucky Oaks.

A Tale of the Cat filly out of the Unbridled’s Song mare Siren Serenade, Luminance races for Kaleem Shah, who also owns Preakness contender Dortmund, the third-place finisher in the Kentucky Derby.

Baffert is seeking his fourth Black-Eyed Susan victory; he won with Silverbulletday in 1999, Yearly Report in 2004 and Fiftyshadesofhay in 2013.

The field’s other graded-placed runner on dirt is Danessa Deluxe, a Summer Bird filly trained by Jorge Navarro for Gelfenstein Farm. In her only start this year, she finished third, two lengths behind winner Birdatthewire, in the Gulfstream Park Oaks (G2) at a mile and a sixteenth.

As a 2-year-old, Danessa Deluxe won two of five starts. In her final start in 2014, she finished fourth in the Delta Downs Princess (G3), five lengths behind winner Take Charge Brandi, the year’s champion 2-year-old filly.

Devine Aida, an Unbridled’s Song filly trained by Ramon Morales for Frank Stronach’s Stronach Stable, is a multiple stakes winner. At Gulfstream Park this year, she won the Ginger Brew, a mile turf race, by 3 ½ lengths and the Herecomesthebride, a mile-and-an-eighth race switched from turf to a sloppy main track, by 6 ¾ lengths. In her last start, Devine Aida finished fourth in the Gulfstream Park Oaks, eight lengths behind Birdatthewire.

Devine Aida’s dam, the Came Home mare Passion, was a graded winner on turf and 3-for-3 on that surface.

“I thought all the time, she could be a grass filly,” Morales said, “but Mr. Stronach, he’d like to see her better on the dirt.”

Morales was pleased with Devine Aida’s last workout, a half-mile in 47.90 seconds Thursday at Gulfstream Park.

Ahh Chocolate, an undefeated Candy Ride filly trained by Neil Howard for Stoneway Farm, will be making her stakes debut. She came from behind to win a sprint against maidens in February at Fair Grounds by three-quarters of a length and rallied from mid-pack to win a mile-and-a-sixteenth allowance race April 8 at Keeneland by 1 ¾  lengths.

“Her first race was very professional,” Howard said. “She’s always been a little bit ahead of her time, demeanor-wise. We thought the race at Keeneland was a strong race.”

Ahh Chocolate’s solid training since that race led to the decision to run her in the Black-Eyed Susan, Howard said, and the distance should suit her.

“Pedigree-wise, physically, she’s kind of a big rangy filly,” he said. “Her running style, you would think it would be well within her.”

Sweetgrass, a Street Sense filly trained by Ian Wilkes, has won two for four starts, including a seven-furlong allowance race at Keeneland in her last race. She will be trying two turns for the first time.

Also entered are Fantasy (G3) winner Include Betty, most recently eighth in the Kentucky Oaks; Gypsy Judy, winner of the Wide Country Stakes at Laurel Park in February; and maiden winners Keen Pauline and Pure.