Hard-hitting field to line up in Pimlico Special 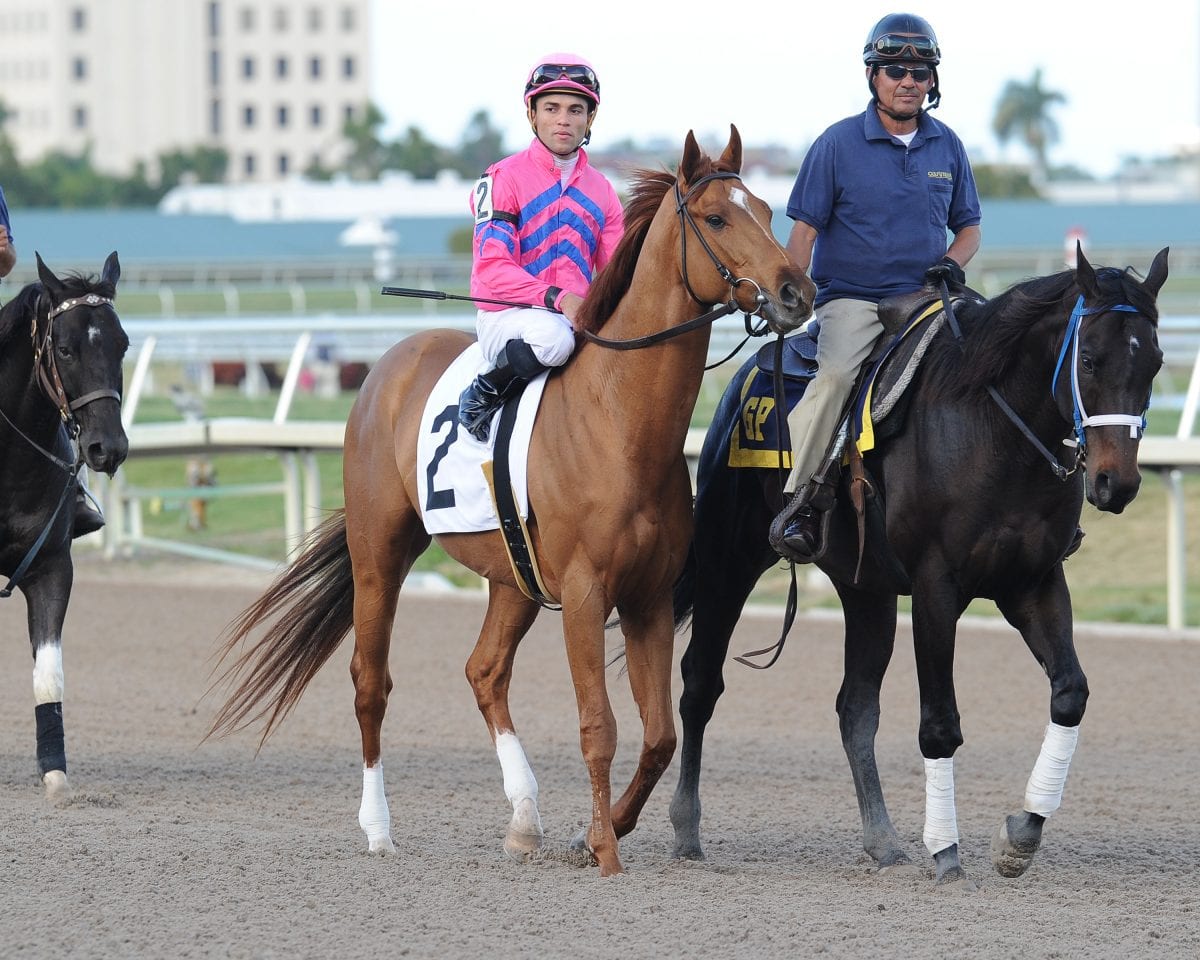 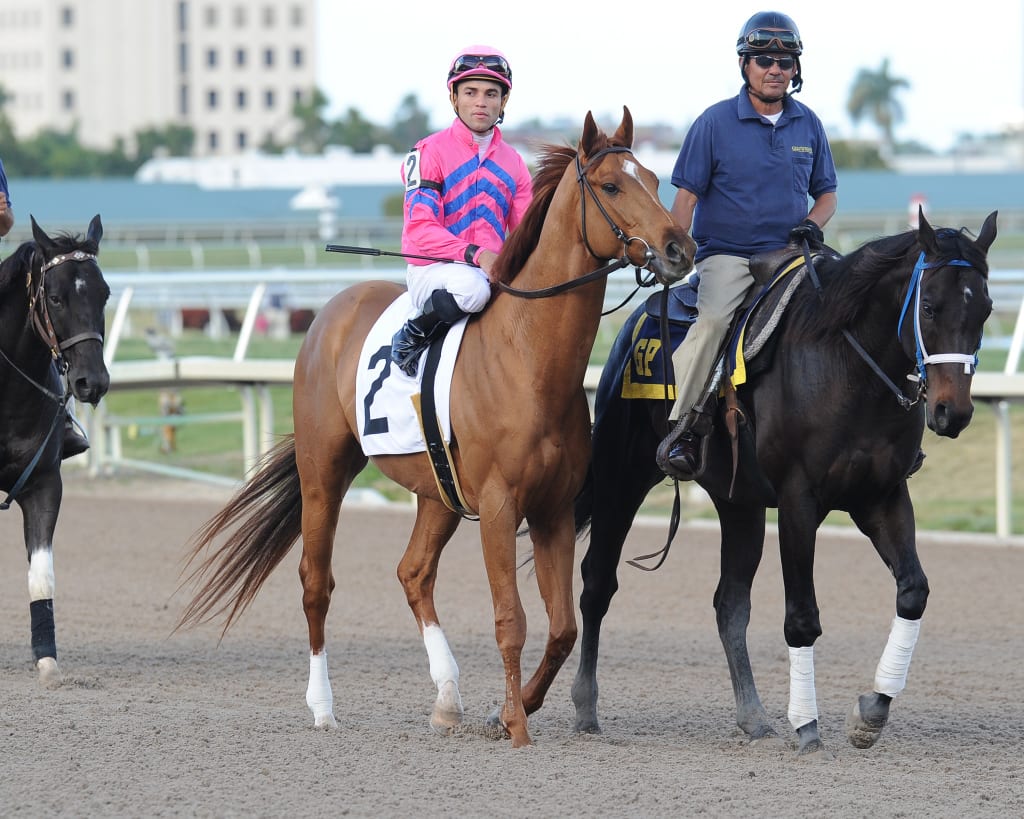 Last winter Top Billing and Commissioner were rising stars on the Triple Crown trail who took turns beating each other in South Florida before being separated by circumstance.

They will meet up again for the first time since last February in the 45th running of the $300,000 Sagamore Racing Pimlico Special (G3) on Friday, Black-Eyed Susan Day at Pimlico Race Course.

The 1 3/16-mile Pimlico Special and 91st Black-Eyed Susan (G2) for 3-year-old fillies are two of eight stakes, four of them graded, on a spectacular 14-race program that also includes the Ultimate Girls Day Out, featuring events dedicated to the spirit and strength of women.

W.S. Farish and E.J. Hudson Jr.’s late-running Top Billing, a maiden winner at Laurel Park in his lone start at 2, rallied to come within a neck of Commissioner in a 1 1/16-mile allowance last January at Gulfstream Park.

A 4-year-old chestnut son of two-time Horse of the Year and 2014 Hall of Famer Curlin, Top Billing went on to beat winners in a 1 1/16-mile allowance before meeting Commissioner in the Fountain of Youth (G2). Coming from well back again, Top Billing finished third, beaten two lengths, while Commissioner was never in contention and wound up sixth.

Trained by Hall of Famer Shug McGaughey, Top Billing broke a cannon bone in his right front leg while training for his next start and was sidelined for 12 months, returning a year to the day later with a fourth-place finish in a Gulfstream allowance Feb. 22.

Top Billing followed up with a tremendous effort April 8 at Keeneland. He found himself last after six furlongs before launching a huge bid on the far outside to wind up second by a nose going 1 1/16 miles. The winner, Noble Bird, came back to run second in the Alysheba (G2) May 1 at Churchill Downs.

“I think that race at Keeneland helped him a lot,” McGaughey said. “He was coming off an injury the first time I ran him and I probably hadn’t done enough with him. Then I kind of got into him and he came back and ran a great race at Keeneland, and he’s done really well since then.

“I thought he ran really well that day. I thought he was unlucky to lose, and the horse that beat him came back in the Alysheba and just got beat in there, so I thought it was a pretty key race.”

McGaughey feels Top Billing, who turned in a sharp half-mile work in 48.03 seconds May 9 at Belmont Park, is nearing the form he showed last year before his injury. Regular rider Joel Rosario will be aboard from post 8.

“Very much so. We’re very excited about it,” he said. “We were looking for a race going farther (than his last one). A mile and a sixteenth is just not his bag. I think going a mile and three-sixteenths will suit him fine, and hopefully the racetrack will be to his liking. Maybe we can get a little bit of pace and maybe something good will happen.”

WinStar Farm’s Commissioner came off the Triple Crown trail after finishing sixth in the Arkansas Derby (G1) but returned to nearly steal the 1 ½-mile Belmont Stakes (G1) on the lead, beaten a head by Tonalist at odds of 28-1.

Trained by Todd Pletcher, the 4-year-old bay A.P. Indy colt was given time off and not seen again until surfacing in a 1 1/16-mile allowance Jan. 10 at Gulfstream, where he ran third by a neck. Well-beaten in the Donn Handicap (G1), he returned with a game neck victory in the Skip Away (G3), run at the same 1 3/16-mile distance.

Commissioner will carry jockey Javier Castellano and topweight of 120 pounds from post 10.

Transparent, trained by Kiaran McLaughlin, is the only other Pimlico Special contender coming into the race off a victory. The 5-year-old son of 2006 Preakness winner Bernardini stalked the pace before getting his nose down on the wire to win a 1 1/16-mile allowance April 8 at Keeneland.

It was the fourth win from 16 lifetime starts for Godolphin Racing’s Transparent, who was disqualified to fifth for interference in the 2014 Curlin Stakes at Saratoga Race Course and later ran behind eventual 3-year-old male champion Will Take Charge in the Travers (G1) and Pennsylvania Derby (G2).

“He’s been a little hit and miss over the past year but he ran great at Keeneland and we hope he’ll do the same here,” McLaughlin said. “His last race was great, and we’re hoping he can duplicate that effort. He doesn’t have to go forward to be very competitive. We’re hoping he runs that race again and he’s right there.”

Jockey Julien Leparoux, up for the victory in Kentucky, gets the return call from post 2.

Based at Pimlico with trainer Mary Eppler, 5-year-old Page McKenney tries graded stakes for just the second time in the Special. He was third in the $1.5 million Charles Town Classic (G2) April 18 in West Virginia, where multiple Grade 1 Shared Belief was pulled up with an injury.

Adam Staple and Jalin Stable’s Page McKenney opened the year with back-to-back stakes victories at Laurel Park. The gelded son of Eavesdropper has 10 wins and more than $622,000 in purse earnings from 20 starts after being claimed for $16,000 in July 2013.

“It’s been unbelievable. I never thought he would be this type of horse,” Eppler said. “Going up in conditions each time has helped him, I think. We had a lot of conditions to go through, so that was a good thing. I think he’s a very happy horse and he just always tries. He’s a big grinder. He just grinds and grinds.”

Page McKenney will break from post 5 with jockey Horatio Karamanos.

Winchell Thoroughbreds’ Tapiture was also on the Triple Crown trail last year, winning the Southwest (G3) and running second in the Rebel (G2) and fourth in the Arkansas Derby (G1) prior to his 15th-place finish in the Kentucky Derby.

From there he won the Matt Winn (G3) and West Virginia Derby (G2) and was second in the Pennsylvania Derby and Breeders’ Cup Dirt Mile (G1) to cap his 3-year-old season. He was fifth in the Razorback (G3) and third in the Oaklawn Handicap (G2) this winter in Arkansas.

A distant eighth in the 139th Preakness, Kid Cruz makes his return to Pimlico in the Special. Winner of the Private Terms at Laurel Park and Federico Tesio at Pimlico, the Lemon Drop Kid colt went on to take the Easy Goer and Dwyer (G3) in New York before being sidelined by injury. He has run twice this year, most recently finishing second in an Aqueduct allowance April 1.

Multiple graded stakes winner Vyjack, fourth in the Charles Town Classic; 2014 Pegasus (G3) winner Albano; Cat Burglar, third in last year’s Pimlico Special; and Encryption, second to Albano in the Pegasus and third behind Commissioner in the Skip Away, round out the field.