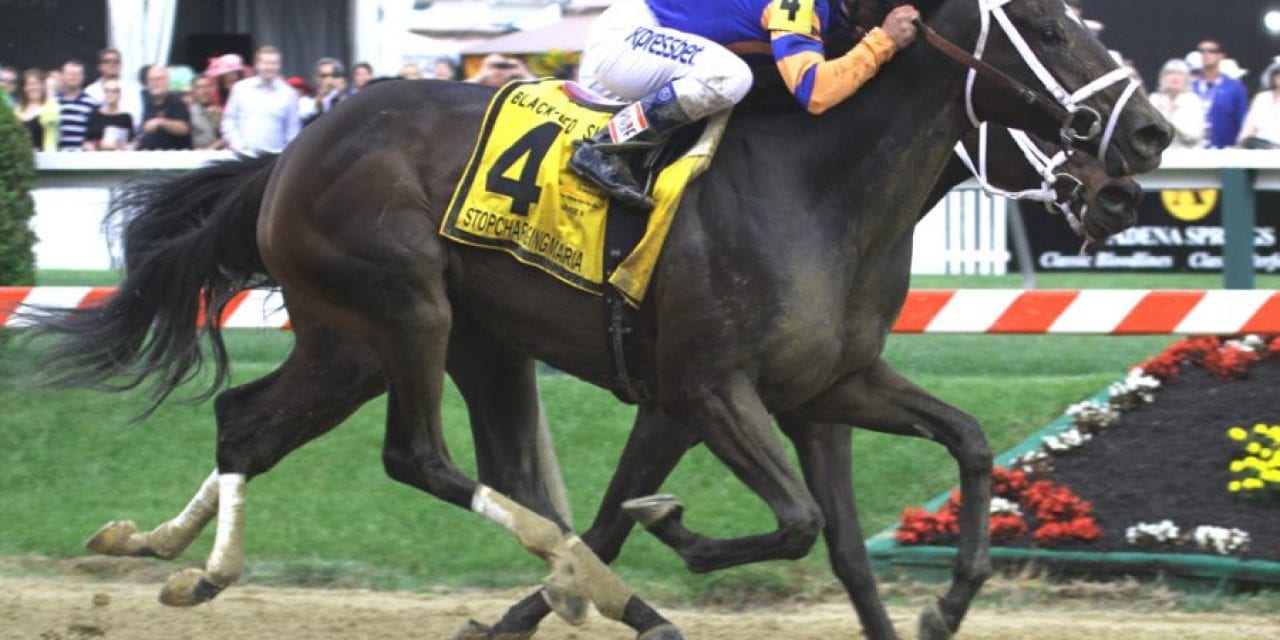 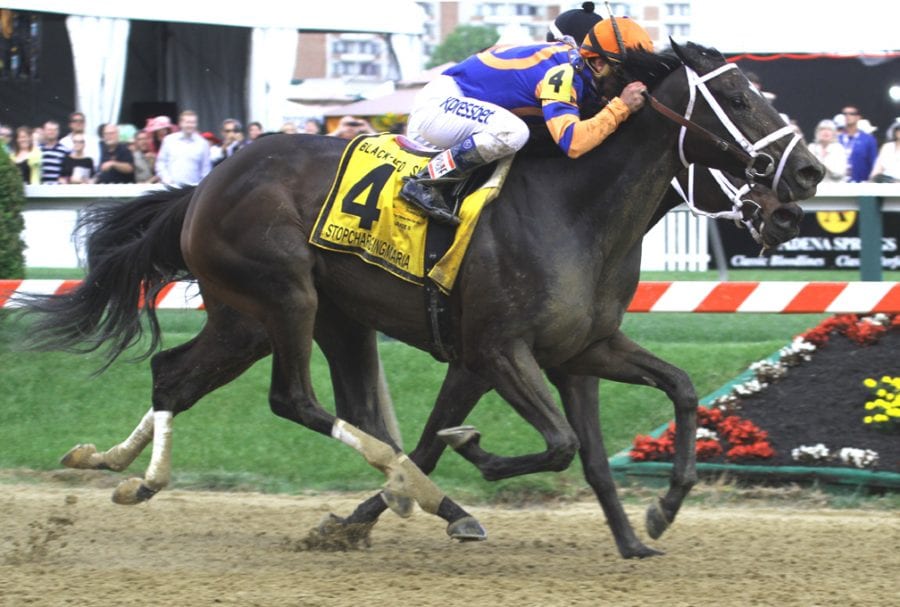 Stopchargingmaria will return to Pimlico, where she won last year’s Black-Eyed Susan Stakes.

Stopchargingmaria stormed through her 3-year-old season with amazing results, winning the Black-Eyed Susan (G2) at Pimlico Race Course last May and then going on to Grade 1 victories in the Coaching Club American Oaks and Alabama.  Now, the Todd Pletcher trained filly is back at Old Hilltop, easing into her 4-year-old season and hoping the $150,000 Allaire DuPont Distaff Stakes (G3) sets her up for another wonderful season.

Stopchargingmaria drew post 2 in the 12-horse field for the DuPont, carded as the 10th of 14 races on Friday, Black-Eyed Susan Day at Pimlico. She will be ridden by Hall of Fame jockey John Velazquez, who has been up in her last three races.

“She’s pretty versatile,” Pletcher said. “She can sit close to the pace or come off it, as well. The post position won’t matter to her.”

With her past performance record, Stopchargingmaria figures to draw favoritism, a position Pletcher expects, and one that wouldn’t surprise trainers Larry Jones or John Servis. But, neither of those trainers was willing to just hand off victory.

Jones will send his filly Blue Violet out against the DuPont field, and also saddle Divine Dawn in the $150,000 Adena Springs Miss Preakness (G3), a race that drew 11 3-year-old filly sprinters.

“Blue Velvet is a good horse, too. She likes to lay back, but we make her stalk. We want her just off the pace,” Jones said. “Hopefully, it will be exciting at the end.”

Servis said his entry, Joint Return, is ready to run.

“She’s coming in very good,” Servis said. “And, she’s a closer. She doesn’t care where she starts because she drops way out of it anyway. It makes no difference to her, and I think the 1 1/8 miles is a good spot for her.

“And let me tell you, I’m not coming there just to take a tour of Baltimore.”

“That victory propelled her to the Coaching Club and Alabama, two very prestigious victories,” Pletcher said. “After she ran second in the Beldame Stakes, a Grade 1 last fall, we gave her a rest and then brought her back in the (G1) Madison (April 4), where she was a close miss.”

Pletcher said the filly is in fine form and that she is running in the DuPont primarily because he didn’t like the way the weights were written for the Ruffian (G2) at Belmont Park May 9.

“This race has a better weight distribution and is more optimal for her as we ease her back into competition,” he said. “The main thing for her at Pimlico is we know she handles (the track) well.”