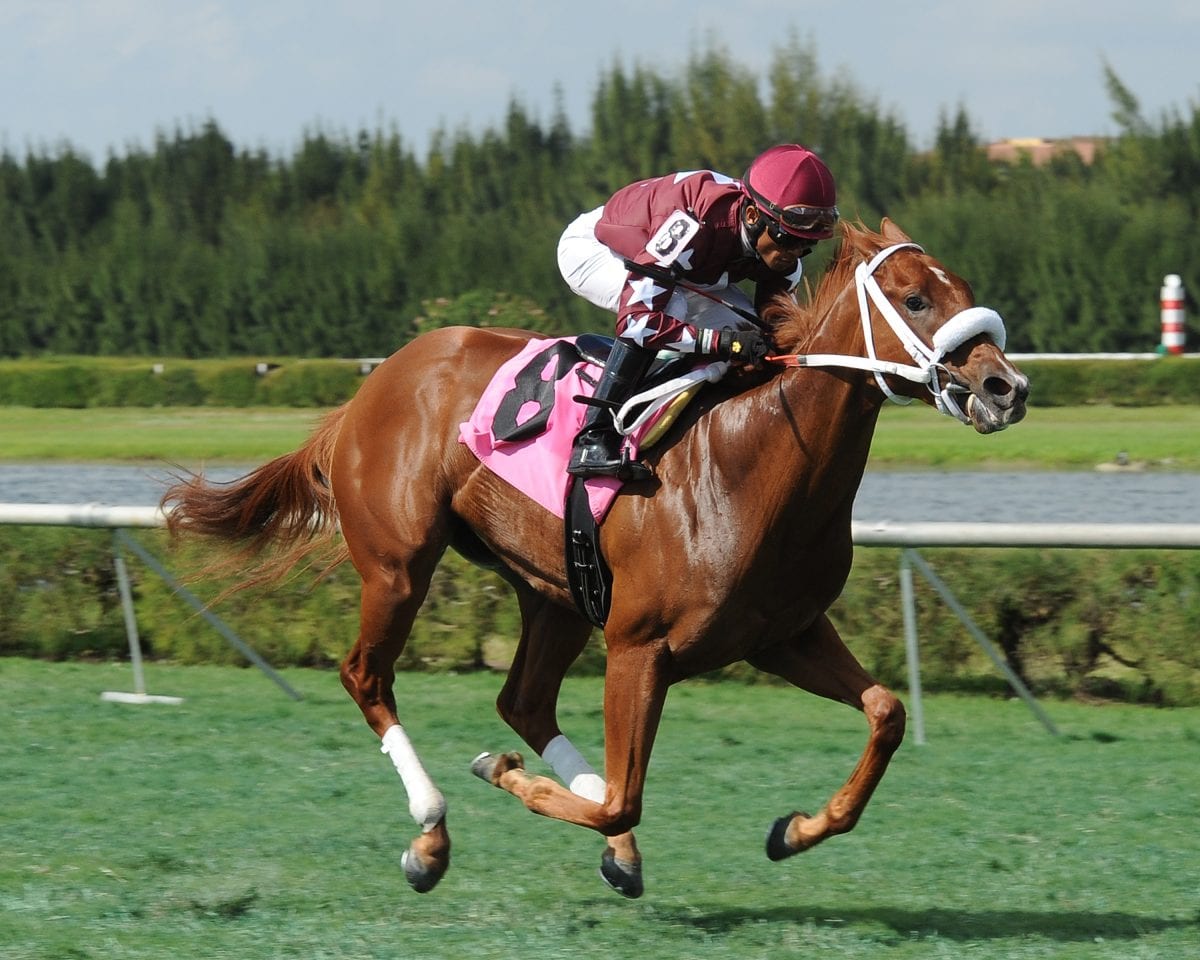 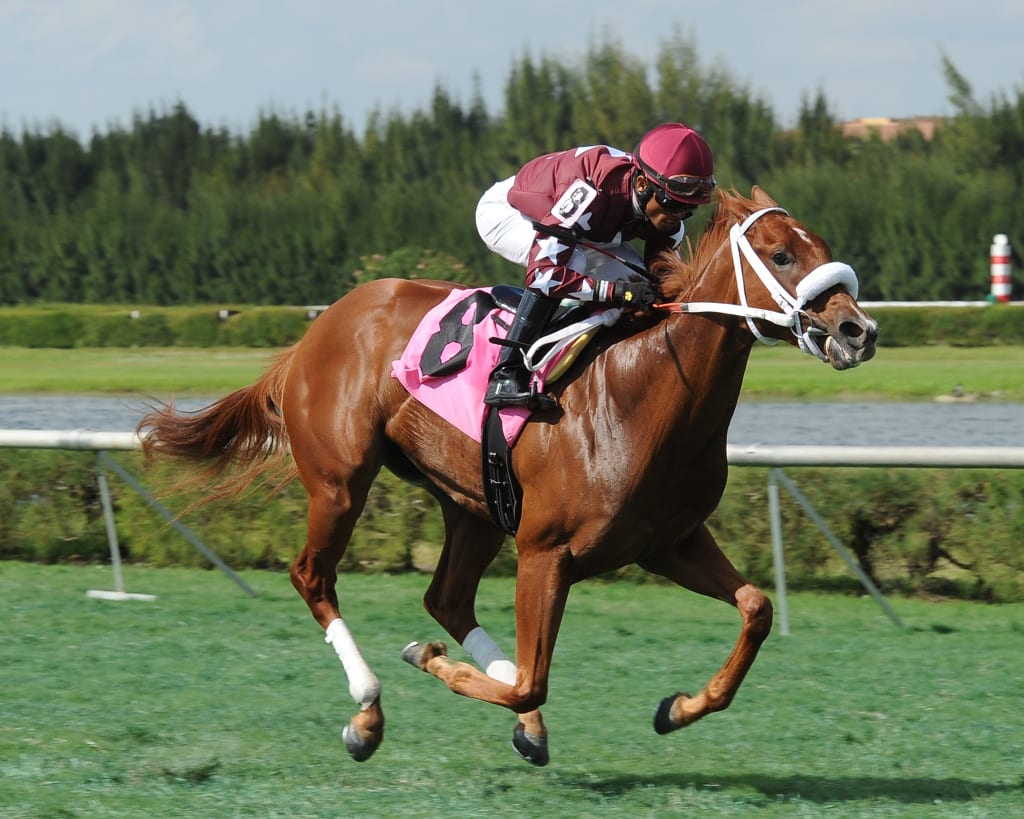 Lady Shipman should be a tough customer in the Stormy Blues at PImlico. Photo by Leslie Martin.

A winner of her last three starts by a combined 23 ½ lengths, Ranlo Investments’ Lady Shipman will try her luck outside of Florida for the first time in the Stormy Blues, brought to Pimlico’s stakes schedule in 2013 after a 12-year absence.

Lady Shipman didn’t kick off her career until October at Gulfstream Park West, taking the lead into the stretch before tiring to third. Moved to the turf by trainer Kathleen O’Connell, the chestnut daughter of Midshipman responded with an 11 ¼-length triumph at the Stormy Blues distance.

This year, Lady Shipman has continued her winning ways. She opened with an entry-level allowance victory on New Year’s Day at Gulfstream Park before romping by eighth lengths in the OBS Sprint Stakes Jan. 27 in Ocala.

“Some of them aren’t meant to be early bloomers. I’ve been around enough babies to know sometimes it doesn’t matter whether they were born in January or February or in May or June. Some of them just have bumps along the road,” O’Connell said. “She’s a very forward filly and she’s a very smart filly. She seems to be the complete package. She’s got brains and she’s got talent. She’s been a really nice filly to have.”

Among the rivals for Lady Shipman are a pair of fillies from trainer Derek Ryan, Metro Thoroughbreds’ Irish Jasper and Judy Sessa’s Wildy Good Lookin. Irish Jasper won three of four starts at two, capping her season with a half-length victory in the Gasparilla Stakes at Tampa Bay Downs.

Stretched out to a mile and 40 yards for her 3-year-old debut, Irish Jasper lost all chance when bothered at the start of Tampa’s Suncoast Stakes Jan. 31 and wound up eighth of nine. The Stormy Blues will be her first try on turf.

“She got wiped out coming out of the gate. There was really nothing else for her after that. There was only a turf race going long, and I don’t know that she wants to go long,” Ryan said. “She got bashed up a little bit in that route race. Coming out of the gate, a horse on her outside bashed into her and she came away with a few scrapes and cuts but she’s doing good. She needs to run and if we’re going to try turf, now’s as good a time as any.”

Wildly Good Lookin has never been worse than third in five lifetime starts, all last year, capping her season with a maiden victory Oct. 10 at the Meadowlands in her first try on grass. She has been training forwardly in Florida for her sophomore debut.

“I wouldn’t throw her out of it. She’s been working awfully good down there,” Ryan said. “She’s a nice filly. Even though she’s run mostly on the dirt, she’s by a nice sire (Wildcat Heir) and she’s out of a really good mare (Realgoodlookin). We just wanted to give her some time and get her ready for the summer and she’s been working lights out. I expect her to run pretty good.”