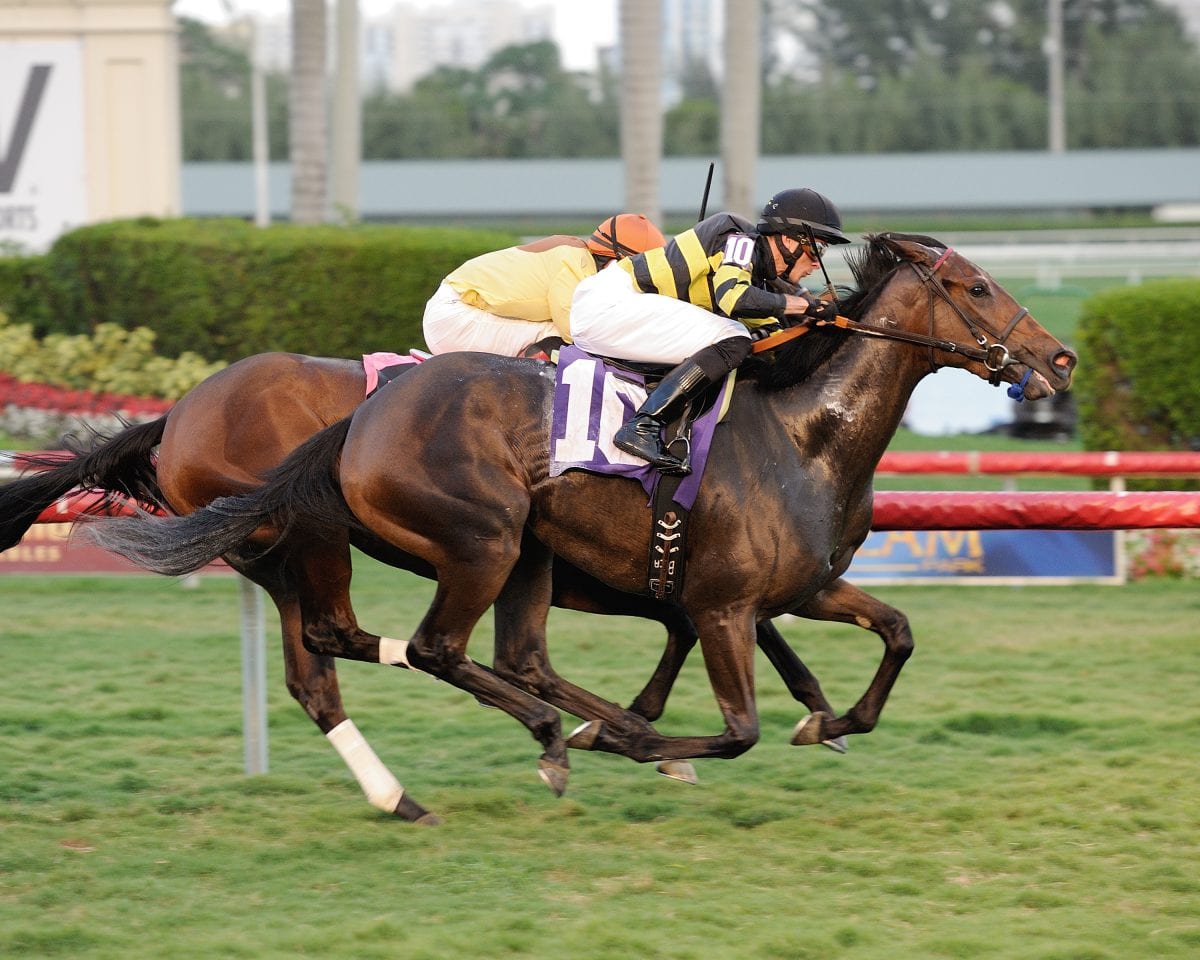 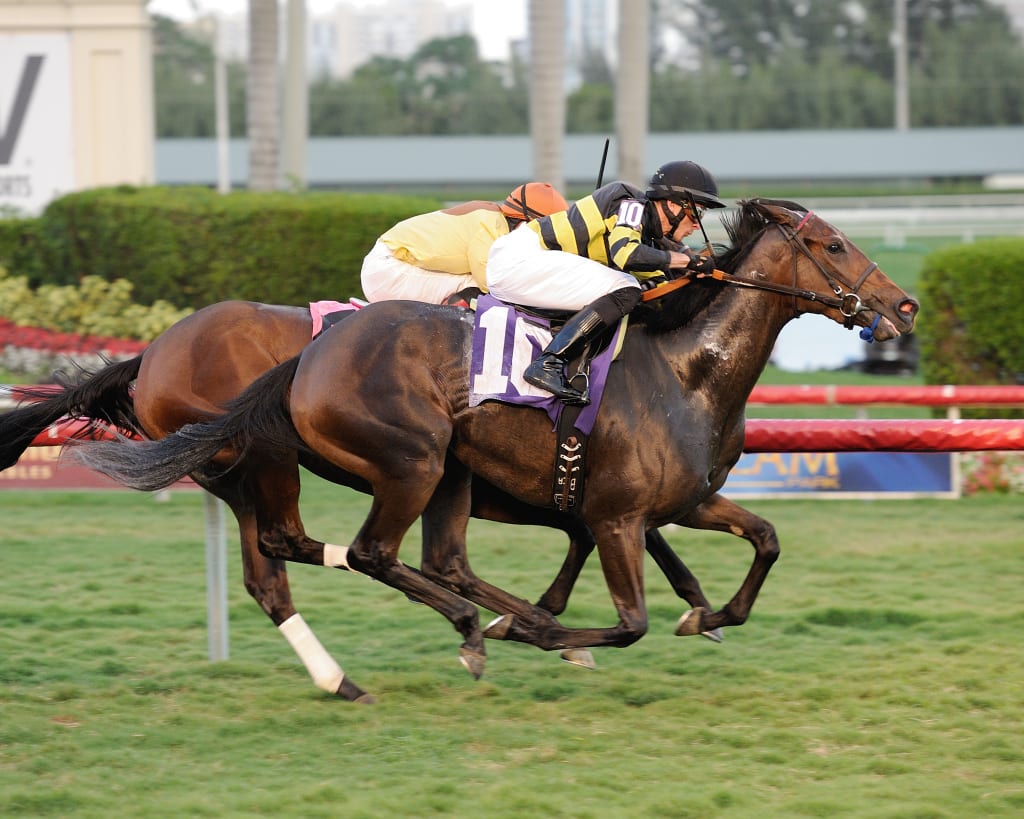 Reunited at the Fair Hill Training Center after spending the winter in much different climates, stablemates Joy and Latique will return from a freshening as opponents in Saturday’s $100,000 Dahlia Stakes at Pimlico Race Course.

The 14th running of the Dahlia for fillies and mares going one mile on the turf is one of six stakes worth $575,000 on Pimlico’s 10-race program that also includes the eighth renewal of the $100,000 Stormy Blues, a five-furlong turf sprint for sophomore fillies.

Dark Hollow Farm’s Joy and Mineola Farm II and David Houchin’s Latique are trained by Graham Motion, a two-time winner of the Dahlia with Sweet Talker in 2006 and Lady Digby in 2008.

“Joy spent the winter at Fair Hill, and this has kind of been our goal since we gave her a little break over the winter,” Motion said. “She’s a filly that runs well fresh and this is a race that we’ve had in mind, being that she’s also a Maryland-bred. I like to give her a break over the winter. All horses need a break at some point. I think she just needs to get lucky and have a good trip and have things work out to be able to win one of these. I think she’s very capable of it.”

Latique, a 4-year-old daughter of Elusive Quality, has made one previous stakes attempt, finishing fifth in the Riskaverse last summer at Saratoga off maiden and allowance victories in her previous two starts. Most recently she was fifth in an optional claiming allowance Jan. 25 at Gulfstream Park.

“She kind of tailed off a little bit in Florida so we decided to freshen her up. I didn’t want to run her down there too many times,” Motion said. “We gave her a little break in February, again with this race in mind. She’s had several breezes at Palm Meadows we shipped her up here [on Tuesday]. She’s been right there and, obviously, it would be huge for her to get the black type. On her best day, I think she’s very capable.”

A Group 3 winner in her native France at 2, Christophe Clement-trained Stellar Path will be making her North American debut in the Dahlia, as will English-bred filly Lily Carstairs for trainer Niall Saville.

Grade 3-placed Fasnacloich is 2-for-3 lifetime at Pimlico, capturing a 1 1/16-mile allowance last June on the turf, while South Andros has won two of five career starts on Old Hilltop but has not run on the grass since finishing third in a Laurel Park allowance in November 2013.