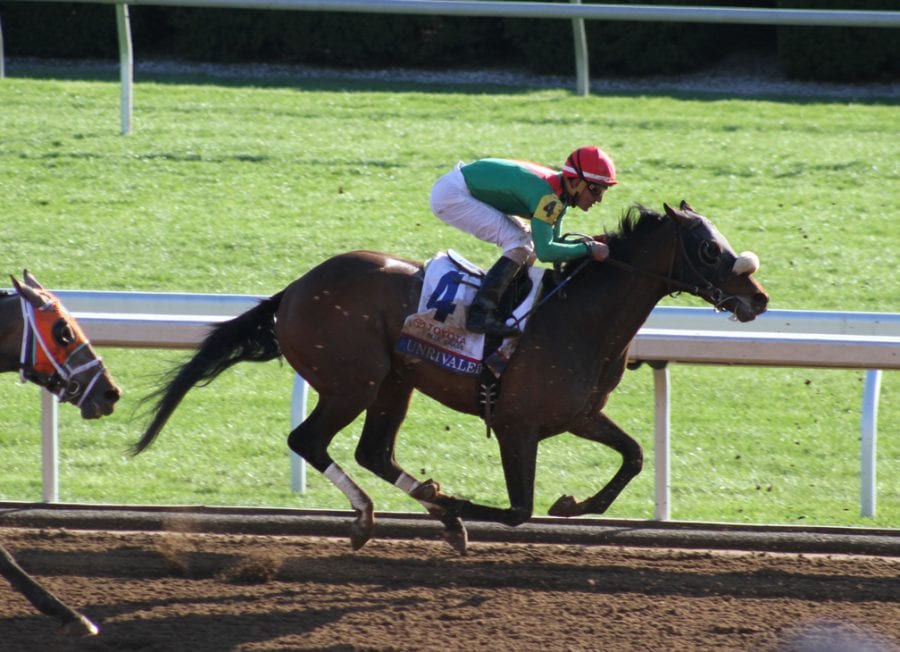 Unrivaled got the dreaded “never a factor” comment in Saturday’s Grade 1 Bluegrass at Keeneland. Photo by Laurie Asseo.

In today’s RaceBrief, here’s what we watched over the weekend: