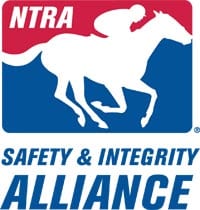 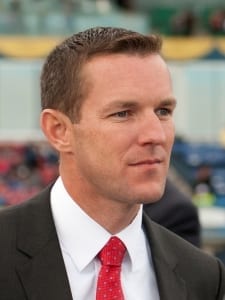 The National Thoroughbred Racing Association (NTRA) today announced that Steve Koch has been named Executive Director of the NTRA Safety & Integrity Alliance. Koch will assume the new role April 6 and will be based out of the NTRA’s main office in his hometown of Lexington, Ky.

As head of the Alliance’s operations, Koch will oversee the industry’s only accreditation program assuring the establishment and implementation of uniform standards for racetrack safety and integrity.

Koch (pronounced “Cook”) comes to the NTRA with 15 years of industry experience, including the last seven spent as Vice President of Thoroughbred Racing for the Woodbine Entertainment Group.

“Steve has built his reputation on maintaining high standards for safety and integrity at Woodbine, an organization which has long been one of the industry standard-bearers in these areas,” said NTRA President and CEO Alex Waldrop.

“I’m very proud to join an organization as highly regarded as the NTRA,” said Koch. “Safety and integrity represent the most critical issues facing our sport and I look forward to helping the industry adopt the highest standards possible for the benefit of horses, riders and the betting public.”

There are 23 North American racetracks currently accredited by the Safety & Integrity Alliance, including Woodbine, which was one of the first tracks accredited in 2010, shortly after the Alliance’s formation a year earlier. Located in Toronto, Ontario, Woodbine has been reaccredited twice and, in its most recent review while under Koch’s purview, received the highest “Best Practice” grading in nearly every primary area of focus.

Prior to joining Woodbine, Koch spent four years working for the Keeneland Association and he grew up as a horseman at Claiborne Farm. He holds Bachelor of Science and Master of Science degrees from the University of Kentucky.

The NTRA Safety and Integrity Alliance is a standing organization whose purpose is to establish standards and practices to promote safety and integrity in horseracing and to secure their implementation. Corporate partners of the Alliance include Hagyard Equine Medical Institute and Lockton Insurance Brokers. Information on the Alliance, including the Alliance Code of Standards, can be found online at NTRAalliance.com.