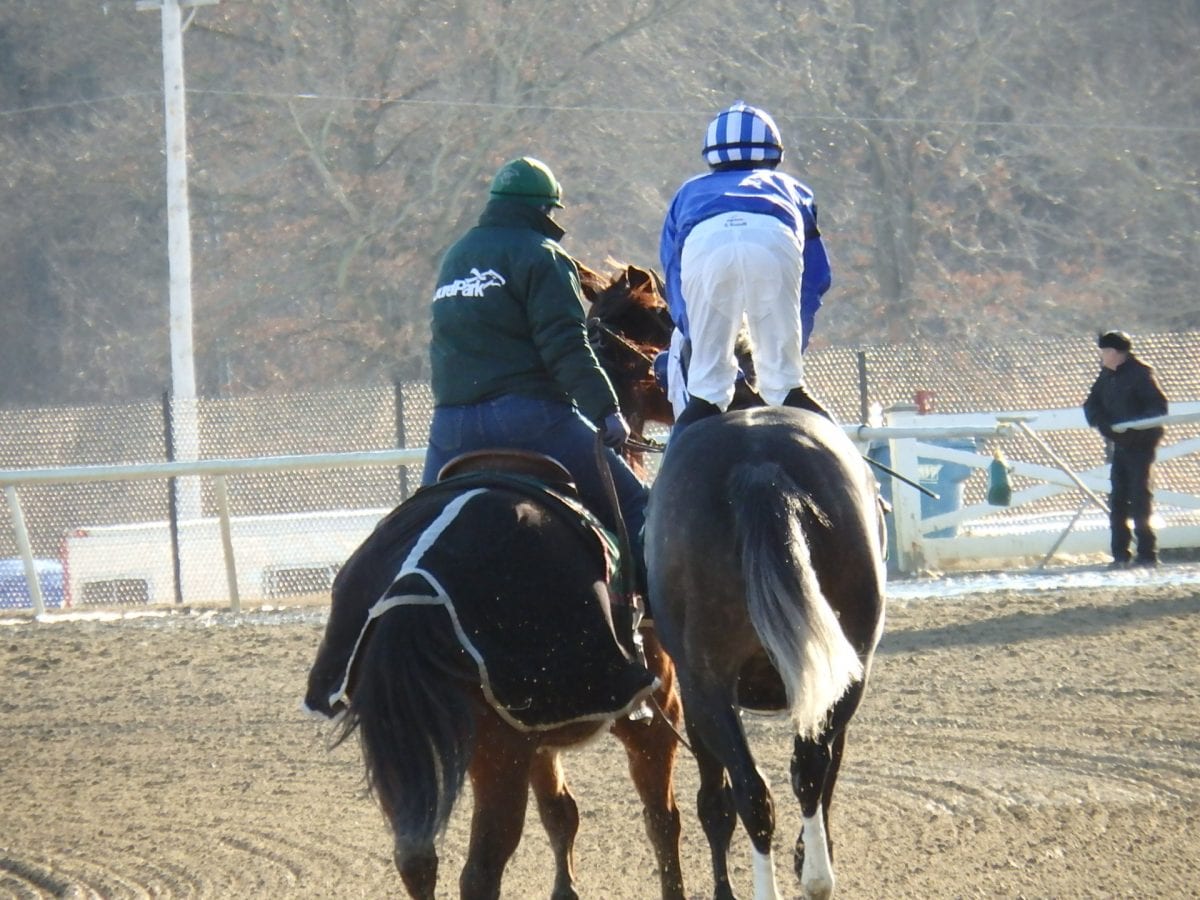 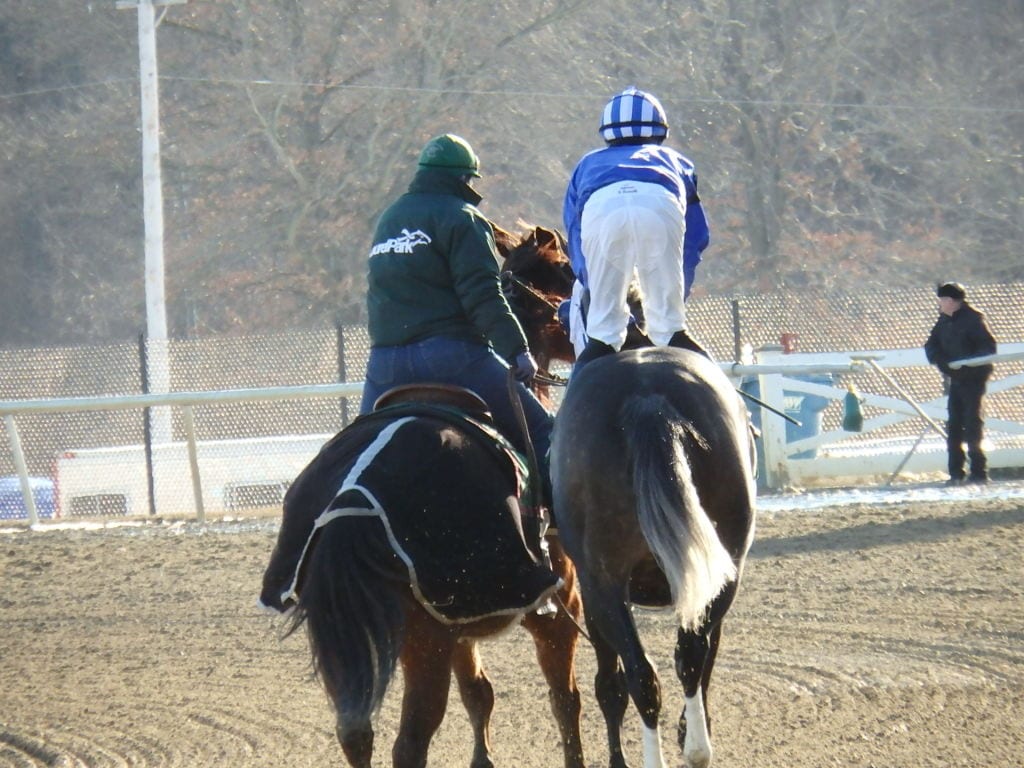 Sheldon Russell would like to leave 1,000 victories (and winter) behind. Photo by The Racing Biz.

Even if you ignore the 17 broken bones he’s suffered in his career, it’s hard to arrive at any other interpretation of recent events.  Russell, the 27-year-old, Louisiana-born, England-raised, Maryland-based jockey, has been poised on the brink of 1,000 wins for… well, for what seems like forever.

After scoring twice on February 16, Russell’s career ledger showed 997 wins.  And then the weather came.

Laurel Park canceled its next card, on Friday, February 20.  On that Saturday, the track ran its first two races — Russell won one of them, aboard Wholly Hughes — and then, in the face of a brisk snow storm, abandoned the rest of the card.

Laurel canceled its Sunday card that week, as well.

Live to fight another day and all that.

In between, the track managed to put on a Saturday card, though some jocks reportedly were reluctant to ride.  Russell had six mounts, and in the fourth race, his horse, Geraldine, was put up to first via disqualification.  That inched him up to 999, and he still had four races to go to get to the milestone.

A couple of longshots didn’t offer any help, but Russell had Irsaal, for Kiaran McLaughlin, in the featured ninth race.  Despite being 8-5 at post time, that runner came under pressure on the turn and ended up third.

In his career, Russell’s been something of a homebody, not the sort to traipse all over the mid-Atlantic in search of mounts.  Indeed, he’s made just just five starts outside of Laurel Park so far this year.  But in the face of all the cancellations, he’s taken his show on the road a couple of times; an Aqueduct trip for one mount didn’t get him a win.  He rode three at Parx Racing on Tuesday, but the best of those could only muster a fifth-place finish.

Not to worry.  Russell is named on horses in nine of 10 races at Laurel on Thursday.

Except, of course, that Thursday’s forecast calls for a low temperature of 3 degrees and five inches of snow.

Or, as our Gary Quill texted me, “My best bet for Thursday: No racing at Laurel.”

Still, soon enough, the snow will melt, winter will end, and Sheldon Russell will win his 1,000th career race.  Unless we’re tempting the racing gods by saying that.