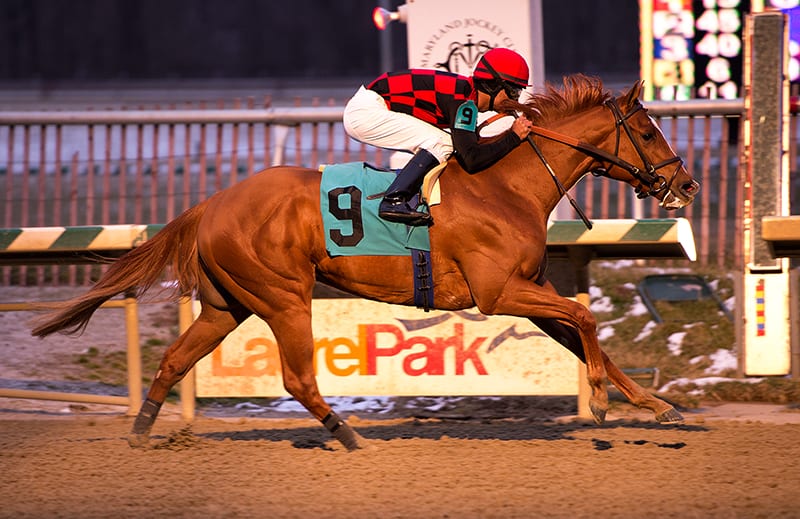 The Whiteley Stakes was re-carded after being cancelled last Saturday. Had it been run that day, Majestic Affair would have been on the sidelines as trainer Chad Brown entered him when the race was redrawn for today.

Under Kendrick Carmouche, the son of Majesticperfection powered up outside his rivals around the far turn in the seven furlong test, blew by them and powered away. He was in hand going under the finish line in 1:23.88, 5-3/4 lengths ahead of longshot Measured, who nipped Notional Debt for second.

“He’s not a very big horse but he’s got a big stride and he gets over just about any surface he’s been on without any problems,” Carmouche said. “Chad trains most of his horses to go long and I don’t think this horse would have any problem going further. He won today in very easy fashion.”

This was the second stakes win for Majestic Affair, who captured the Fred Caposela Stakes at Aqueduct on January 2 after a second place finish in the James Lewis Stakes at Laurel.

“I’m really grateful that I have been able to travel with this horse for his last four races,” added Carmouche. “He seems like he’s really starting to get good now. I thought be might be a little closer today coming off six furlongs but I had plenty of horse the entire way and when I asked him he just went about his business.”