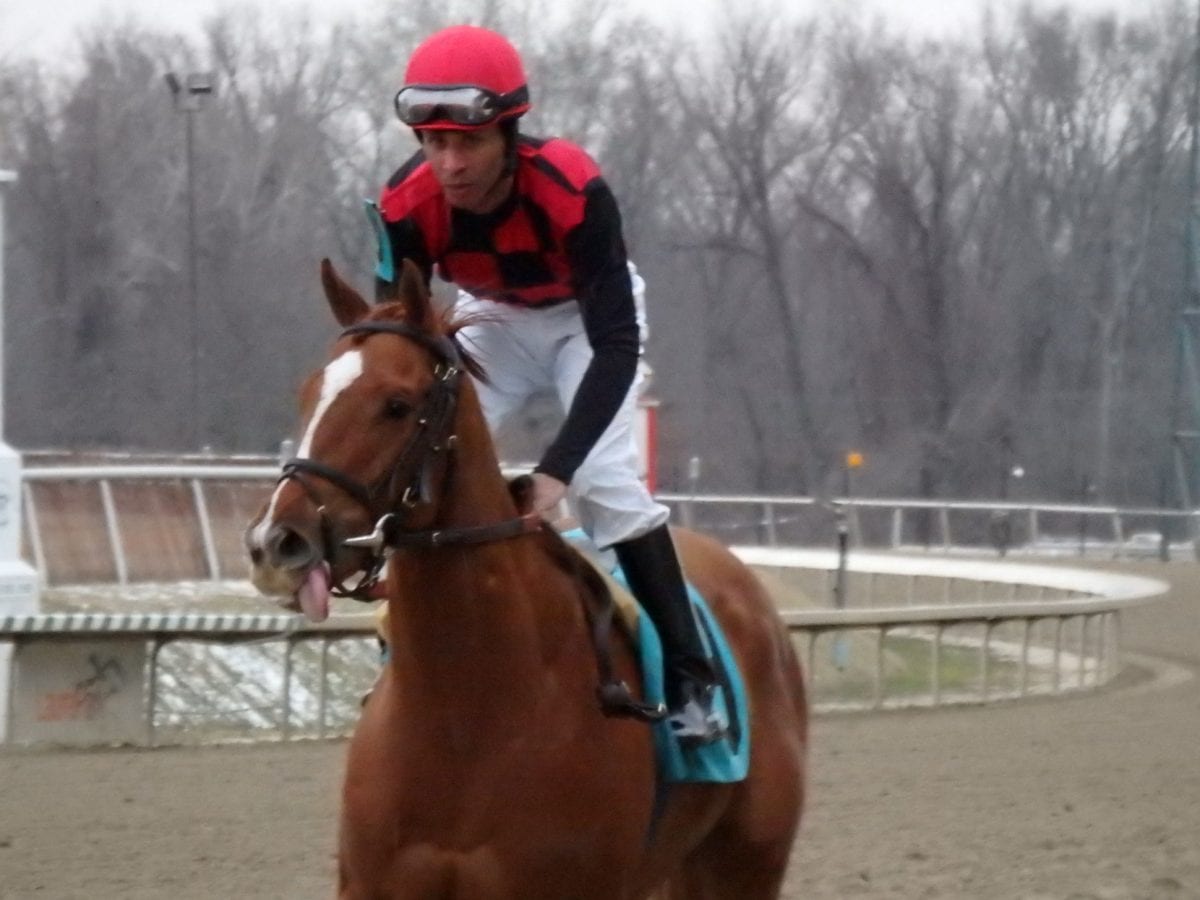 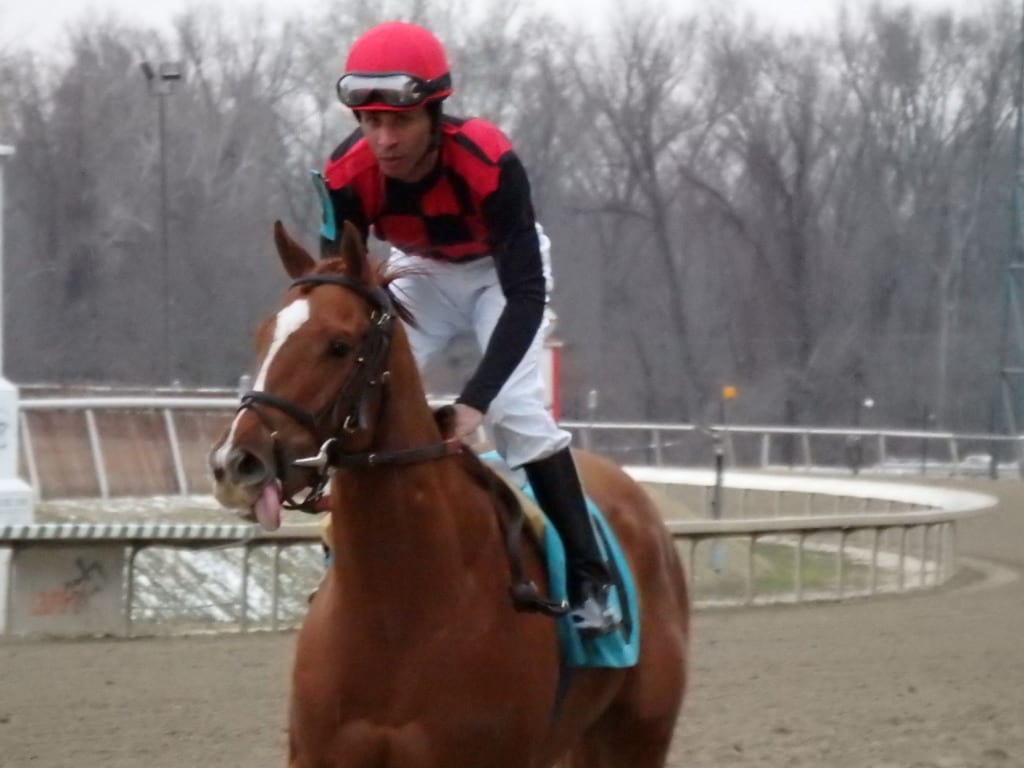 Majestic Affair is not impressed by you. Photo by The Racing Biz.

Majestic Affair’s not a big horse, which isn’t the same as saying he’s not a fast one.

“The smaller they are, the harder they try,” said jockey Kendrick Carmouche, who after yesterday’s comfortable Frank Whiteley, Jr. Stakes score at Laurel Park has now ridden the gelded son of Majesticperfection in four consecutive starts, three of them wins.

That was no surprise; trained by Chad Brown, Majestic Affair had improved his Beyer speed figures in three consecutive races, culminating in a gaudy 97 earned while winning the Cappy Caposella Stakes at Aqueduct by nearly six months earlier in the month.  With a stakes win and a stakes placing under his belt already, the Chad Brown trainee clearly possessed the race’s best resume.

Once the gates opened, Majestic Affair broke alertly and immediately put himself in a good spot.

“He ran a very good race today,” said Carmouche.  “I thought he would be a little closer today, which was fine with me, coming off a [six furlong race].”  Never more than two back, he zipped up to the lead after a half-mile and then widened to a 5 3/4 length score.

With just six starts under his best — including two stakes win and a stakes placing, and earnings of $184,000 — Majestic Affair’s future is exceptionally bright.

And Carmouche, for one, doesn’t think it needs to be limited to one-turn sprints.

“I think he wants to go two turns, to be honest,” the veteran rider said, making a virtue of the horse’s modest stature.  “The smaller the horse is, it’s most likely horses can go further the smaller they is because their feet just get in a good rhythm.  They don’t have to be speed-chasing the whole time.”

Of course, a three-year-old who can go two turns finds a brave new world of opportunity open to him.

But Carmouche isn’t getting ahead of himself.

“With all that being said,” he added,  “Chad Brown knows what to do.  I’d just like to stay on him and make sure that I win races.”