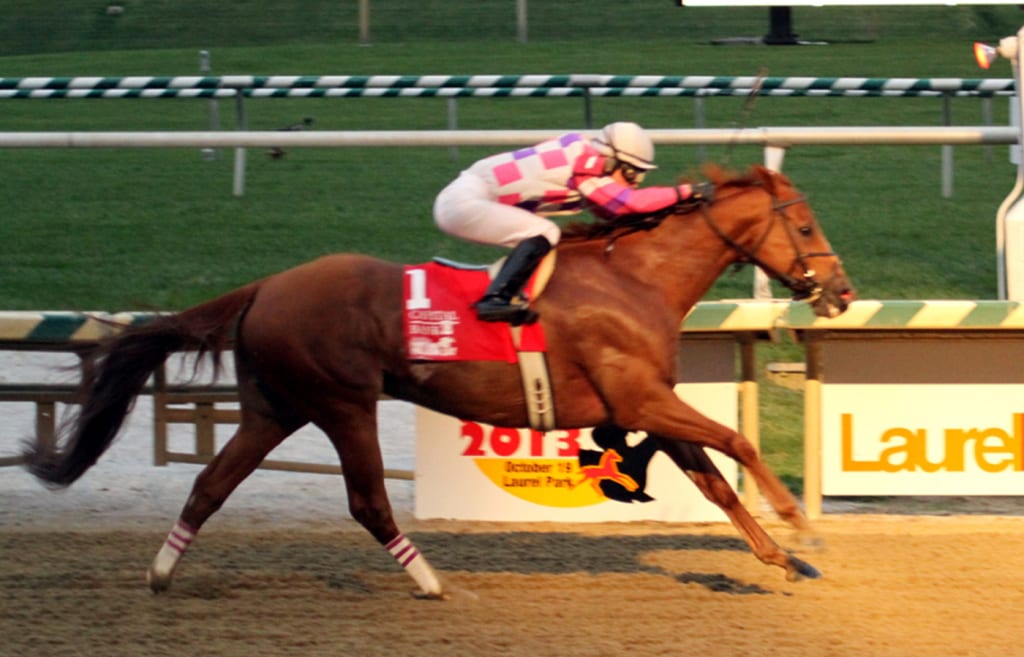 Perhaps the day’s biggest story revolves around the 73rd running of the Jennings Handicap for state-breds.  In that race hard-hitting veteran Eighttofasttocatch is expected to make the final start of his career.  A win in that one-mile event would push the son of Not for Love’s earnings past $1 million.  It would also make the eight-year-old the first horse to win four runnings of the Jennings, breaking a tie with Maryland legend Little Bold John.

The day also features a pair of stakes for juveniles and a six-furlong sprint for older fillies and mares.

The Gin Talking, for juvenile fillies, and the Marylander, for two-year-olds, will both be contested at seven furlongs.  They have attracted 32 and 29 nominees, respectively.  Lake Sebago, who won last month’s Smart Halo, for fillies at six furlongs, is nominated to try to stretch out in the Gin Talking.  But on the boys’ side, Golden Years, the fourth-place finisher from the James F. Lewis on the same day, is the only one of the top four nominated to the Marylander.

The Willa On the Move, a sprint for older fillies and mares, may draw the day’s most intriguing field from among its 39 nominees.  The winners of the first two editions of the race — Winning Image (2012) and She’s Ordained (2013) — are both nominated to Saturday’s event.  So, too, are graded winner La Verdad, multiple graded-placed runner Disco Barbie, multiple stakes winners Lady Sabelia and Geeky Gorgeous, and a number of other hard-hitters.

Entries will be drawn on Wednesday, December 3.