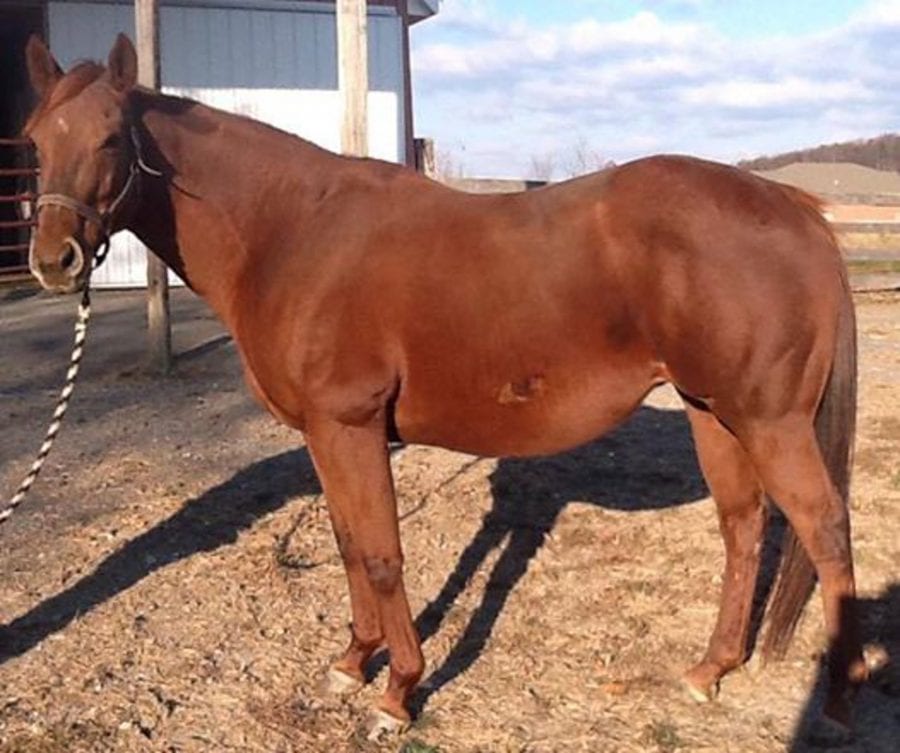 It’s as plain as the name on the book.

Mixed sales tend to be mixed bags, with broodmares and broodmare prospects intermingling with weanlings, yearlings, and horses of racing age.  There’s generally not the star power of the yearling and two-year-old sales, but often times, an astute horsemen can strike gold. 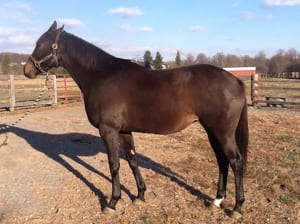 Hip 20, Delaneys Star, is a winning half-sister to champion Declan’s Moon and is in foal to Majestic Warrior.

“Horsemen are opportunisits,” says consignor Bill Reightler.  “If they think there’s an opportunity there, they’ll come to the sale.”

Reightler, whose 78-horse consignment accounts for nearly 40 percent of the hips on offer at the Fasig-Tipton December Mixed sale at Timonium on December 8, has reason to be optimistic, since he’s selling some of the sale’s most intriguing prospects.

Take, for example, Hip 28, a mare named Final Humor, which is the property of the estate of recently deceased Maryland breeder Brice Ridgely.  Final Humor wasn’t much of a racehorse, but she’s a very nicely bred daughter of Distorted Humor, whose female family includes numerous stakes winner and producers.  As a broodmare, Final Humor has produced three winners from three starters, including two stakes-placed runners: Hot Fun and E Dubai’s Humor.  The latter, recently a near-miss second in the Smart Halo Stakes at Laurel, has won two of three starts thus far in her young career.  Final Humor is in foal to Freedom Child.

Or give a look at another from the Ridgely estate, Hip 20, Delaneys Star.  The winning daughter of Latent Heat is another with a nice-looking catalog page; and she’s a half-sister to Declan’s Moon, a former two-year-old champion.  She’s in foal to Majestic Warrior.  “She’s pretty, correct, and a winner,” says Reightler.  “She should be one of the sale’s bright spots.”

Lady of Summer, Hip 43, is another mare likely to draw some attention.  A stakes-placed winner as a racehorse, she has an eye-catching catalog page and is a half-sister to four stakes winners and three stakes producers.  She’s in foal to Hunters Bay, and one of her two offspring to start thus far, Andean Moon (by Malibu Moon), was a productive runner who’s earned over $115,000.

And it’s not just the broodmares that have Reightler excited.

Hip 180, a weanling filly by new sire Friesan Fire, is a half-sister to champion Declan’s Moon.  “This is a quality individual,” Reightler emphasizes.

Though he calls Hip 148, a gray weanling colt by First Defence, “really immature,” that’s to be expected; he’s a May foal.  What he also is is a half-brother to three winners, including Joint Custody, a multiple stakes winner of over $274,000.

Another weanling with an attractive page is Fort McHenry (Hip 161), an Outflanker colt that Reightler calls “a different kind of Outflanker, big and correct-looking.”  Fort McHenry is a half-brother to seven winners, including stakes winner Lotsa Mischief, and has a stellar female family behind him.

And don’t sleep on Hip 147, a chestnut Afleet Alex filly bred in West Virginia. She’s out of the Kingmambo mare Our Legacy and hails from a distinguished female family that includes stakes winners and stakes producers as far as the eye can see — eight stakes horses, and a half-dozen stakes producers, out of her second dam and third dam.

Reightler also has several yearlings on offer, among them Rita’s Jewel (Hip 189).  Six of her siblings have won, including stakes winner Here Comes Rita (by Raffie’s Majesty) and a full brother, Here Comes Tommy, who earned over $180,000.  “She’s a beautiful filly,” Reightler says of Rita’s Jewel.

With just 202 numbered hips, the sale’s not likely to set any records.  But Reightler is confident that it will hold its own.

“Any time you have 200 horses in a sale, you’re a little bit concerned about what the traffic will be,” he says.  “But there’s enough in the sale to draw buyers.”

And, despite the compact size, Reightler says that he’s had more interest in this sale than in recent years.  The horses that check the boxes will sell well, he says – “maybe better than we expect.”